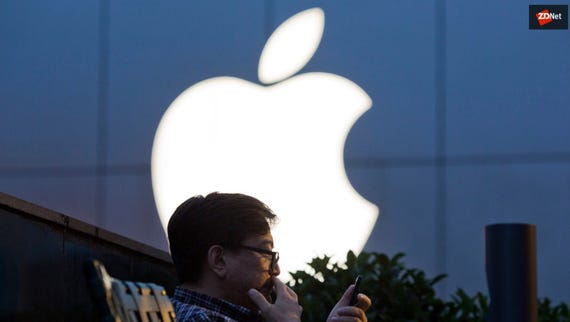 Top figures in the infosec industry fear that the recent arrest of a top Chinese intelligence officer will spark an increase in cyber-attacks from Chinese hacking groups in the coming months.

These fears were expressed today after the US Department of Justice announced the arrest and extradition of Yanjun Xu, a high-ranking director in China's Ministry of State Security (MSS), the country's counter-intelligence and foreign intelligence agency.

Xu was not arrested on hacking charges, but for attempting to commit economic espionage and steal trade secrets after trying to recruit several insiders from multiple US aviation and aerospace companies.

But reports from US cyber-security firm Recorded Future, and from shadowy group Intrusion Truth, have pegged the MSS as the Chinese agency in control of China's cyber-espionage operations.

"Currently, the Ministry of State Security (MSS) is the primary government agency engaged in the majority of cyber attacks with Chinese-government nexus, and CrowdStrike has observed multiple intrusions demonstrating their sophisticated tradecraft," Dmitri Alperovitch, Co-Founder and CTO of US cyber-intelligence firm CrowdStrike, told ZDNet today.

Alperovitch now fears that this arrest might trigger a retaliatory action from Chinese hackers, an opinion also shared by former Facebook Chief Security Officer, Alex Stamos, and others.

For years, Chinese state-sponsored hackers have breached US companies and pilfered proprietary technology that mysteriously made its way into the hands of Chinese companies.

The two nations agreed to cease all hacking operations aimed at intellectual property (IP) theft in the autumn of 2015, when the countries' two presidents, US President Obama and Chinese President Xi, signed a political agreement on the matter.

A FireEye report released in June 2016 found that China's IP theft cyber operations had considerably wound down following the pact, and the country appeared to have stopped all major operations.

But this pact appears to have unofficially dissolved during the Trump presidency, as diplomatic relations broke down between the two countries, and a trade war is slowly unraveling today.

The Trump administration accused China in March of breaking the Obama-Xi hacking agreement. A US Department of the Treasury investigation detailed in a 215-page report listed several Chinese hacking operations that took place after the pact's signing.

In a report published today, CrowdStrike confirmed the US Treasury's findings. The company said it detected an uptick in Chinese hacking operations during the past year, uptick that placed China above Russia in terms of number of attacks.

"CrowdStrike can now confirm that China is back (after a big dropoff in activity in 2016) to being the predominant nation-state intrusion threat in terms of volume of activity against Western industry," Alperovitch said in a tweet today, an opinion he also shared in an interview on Bloomberg TV.

"MSS is now their [number one] cyber actor," he added.

Even if there is no evidence Xu was involved in China's cyber operations, it is now a general opinion among many infosec pundits that China does not abide by the terms of the Obama-Xi agreement anymore [1, 2], and the arrest of one of its top MSS directors would unleash hacking efforts on the same level as they were before the pact.

In comments provided to ZDNet, Alperovitch also hoped today's arrest would also serve as a deterrent.

Nonetheless, that might not be the case as the indictment of three Chinese nationals believed to be MSS hacking contractors last year, who were also involved in IP theft, didn't appear to stop Chinese cyber-espionage operations at all.

The Washington Post has more details on Xu's indictment and insider recruitment tactics, as well as how federal agents lured the top MSS official in Belgium, where they arrested him on April 1, this year.

Cybersecurity reads which belong on every... SEE FULL GALLERY