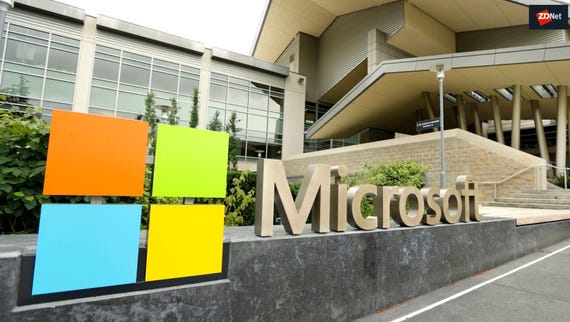 On Saturday, September 29, Microsoft launched the Digital Peace Now initiative, a campaign that aims to get governments around the world to agree on rules for the use of state-sponsored cyber-weapons.

The Digital Peace Now campaign was announced at the seventh Global Citizen Festival that took place in New York's Central Park over the weekend.

Along with the on-stage announcement, Microsoft also launched an online portal where users from all over the world can sign a petition in support of Microsoft's efforts.

According to Microsoft, the Digital Peace Now initiative would advocate for:

Work on the Digital Peace Now initiative started back in February 2017, when Microsoft Chief Legal Officer Brad Smith called on the world's nations to come together and sign a pact that regulates the use and proliferation of cyber-weapons, similar to a digital version of the Geneva Conventions --rules that apply in times of war and seek to protect non-combatants.

Smith first began calling for a convention like this right after the NotPetya ransomware outbreak of 2017, when it became apparent that the ransomware that wreaked havoc all over the world was the work of Russian intelligence.

Now, Microsoft is trying to get public support, from both regular citizens and the private sector alike, to get nations to come together and legislate the use of cyber-weapons.

The idea is to have a set of rules in place that prevent and punish government agencies from carelessly deploying cyber weapons that end up harming citizens or the private sector, arguing that such tools should only be deployed against government targets alone.

The OS maker has also released the results of a survey carried out across five nations (US, Mexico, Germany, France, and India), showing that the vast majority of respondents support an agreement between countries that would limit the impact of inter-nations hacking operations.

"Right now, we all have an opportunity to stop future assaults on our digital world but our world leaders need a wakeup call -- and that starts with you," said Jamal Edwards, Microsoft's Global Advocate for Digital Peace, during his speech on the Global Citizen stage.

"[Digital Peace Now] is about stopping cyberwarfare and telling our world leaders to take real policy action -- before it's too late," Edwards added.

Microsoft's efforts to push the Digital Peace Now initiative are also supported by other policy non-profits such as ICT4Peace, Civicus, and Observer Research Foundation.

Join Discussion for: Microsoft's efforts for a Digital Geneva...