Does a developer really want to be called a builder? AWS sure wants to use builder especially as it pitches itself as a master tool provider for enterprises.
Written by Larry Dignan, Contributing Editor on Nov. 28, 2018 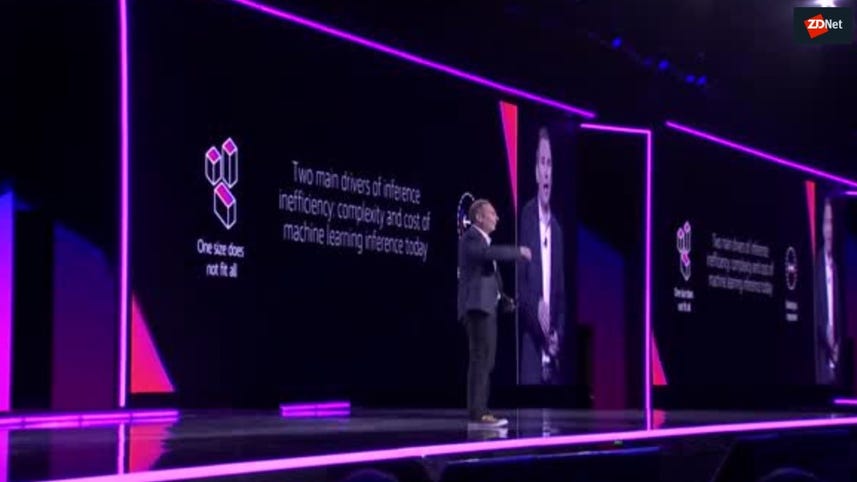 What's in a name? Apparently, a lot if you're a software or cloud developer chafing at the idea of being called a builder hundreds of times in AWS CEO Andy Jassy's keynote at re:Invent.

During Jassy's keynote you easily forget you were at a cloud conference and think you were more about a construction powwow. So long developers and hello "builders."

Jassy during his talk frequently referenced builders instead of developers. He even had somewhat awkward segues to a house band singing the Beatles Blackbird with a message of freedom.

The message is that AWS wants builders to have freedom in tools as well as services. AWS rolled out a series of services that equate to meta services to manage security, data lakes and other functions. Jassy also took aim at Oracle and Microsoft for "old guard" databases.

"We don't believe in one tool to rule the world. We want you to use the right tool for the right job," said Jassy.

Builders have been constrained by the legacy infrastructure they have had. That is frustrating. Most builders didn't decide to join a business to do the same thing over and over. That is demoralizing. They've trained their builders to not innovate on customer experience.

The not-so-subtle theme from AWS: AWS is for builders, also known as developers, and they shouldn't fall for pitches from rivals on security, databases, compute, containers and other items.

"Yes, other folks have compute, but not close to the capabilities of AWS," said Jassy. Jassy ran through a series of services and his main point is that the sheer breadth of services is critical to enterprises.

AWS sees itself as a tool provider and you just can't have enough services and tools. The AWS approach of never-ending services launched is designed to cater to every type of builder possible.

What's unclear is whether developers will go for the builder moniker. The Twitch comments on the live stream of Jassy were entertaining, sometimes brutal and unanimous on the idea that "builder" didn't quite equate to "developer."

Twitter users also didn't fall for the builder term to describe developers. After all, #builder resulted in a lot of references to construction to tools such as wrenches and saws.

AWS isn't the first company to refer to developers as builders, but it may be the one to beat the term to death enough to annoy its core audience.