When it comes to first person shooters, racing, or even MMOs (massively multiplayer online games), the difference between victory and defeat is a game of pixels. That's why having a gaming monitor that can match your desire to win is the key to climbing up any leader board.

But, what if you don't have a gaming monitor? Buying one can be a quest on its own. There are numerous options available on the market and many variables that you should consider when deciding on the monitor that's right for you. So, to help, let the list below serve as your world map, guiding you through a culmination of the very best gaming monitors of the year.

An impressive monitor suited for all genres 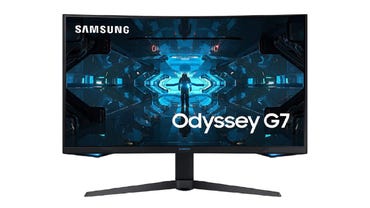 Samsung makes some darn good displays, as its TVs and smartphones can attest to. So when the company ventured into the gaming world with its Odyssey line of monitors, it was no surprise that the panels produced crisp, poppy, and color-accurate visuals.

The Odyssey G7 is a testament to that claim and so much more. It sports a 27-inch monitor that's curved just enough to differentiate itself from the flatter, traditional monitors, without forcing you to stay centered for a practical viewing experience. The Odyssey G7 can also ramp up to 240Hz (if your graphics card can power it) and produces pixel-sharp 1440p content. That duo of features alone means that you can make the most out of any graphic-intensive game. Speaking of graphics, the G7 is G-SYNC and FreeSync compatible, meaning it plays well with NVIDIA and AMD graphics cards. 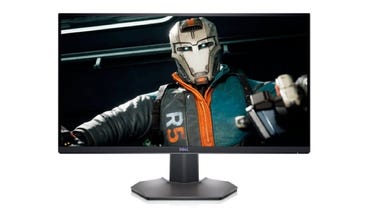 Though not the flashiest or glamorous, the Dell 27 S2721DGF is a textbook gaming monitor. It houses a 1440p IPS panel that can ramp up to 144Hz (the sweet spot for refresh rates) and comes in curved and flat configurations to satisfy both worlds.

While I can spend all day telling you about the impressive motion handling that this monitor delivers, I think the unsung hero that uplifts this entry is its body design. Flanking the back are vents that allow for an even and effective dispersion of heat, which is vital for long periods of gaming. The base is also fairly wide and heavy, keeping the monitor sturdy and stationed, even if you decide to adjust the height and angle. The monitor supports AMD FreeSync.

Ultra-wide goodness at a bargain 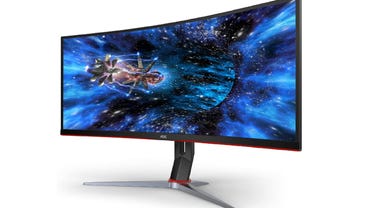 When you think of gaming monitors, you probably envision something like the AOC CU34G2X -- a 34-inch ultra-wide panel that curves from left to right. While most ultra-wide gaming monitors can cost upwards of $2,000, AOC's offering is only a fraction of the cost. Still, the monitor covers a generous spectrum of gaming-tailored specs, including a 144Hz refresh rate, a 1440p VA panel, and Adaptive-Sync (support for FreeSync and G-SYNC).

The main reason you'd want to buy this monitor, though, is for the sharp and freshly-calibrated 34-inch display. The CU34G2X is perfect for wide-screen gaming, watching movies, and day-to-day multitasking. It's a productivity beast.

For fans of Razer and RGB 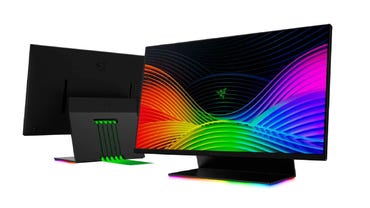 Razer is best known for its catalog of gaming mice and keyboards, but the Irvine-based company also has a solid monitor offering in the Razer Raptor 27. Released more than two years ago, the Raptor 27 was the first of its kind to sport a THX-certified, 1440p IPS panel. The certification ensures that the monitor produces accurate colors and follows a gamma curve to deliver consistent image quality. To add on, the 27-inch panel offers up to 165Hz, with a variable refresh rate that supports NVIDIA G-SYNC and AMD FreeSync.

What you're probably eyeing this monitor for, however, is the design and RGB base. When powered on, the Raptor 27 looks clean, futuristic, and should work well with any gaming setup. Razer also incorporated a cable management system on the back of the stand, though it will take some fidgeting to fit everything properly.

A sub-$220 offering that delivers 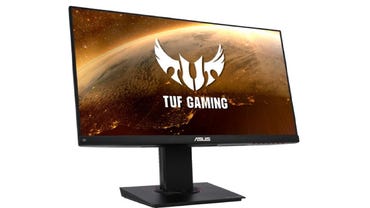 The ASUS TUF series accounts for no-frills monitors at affordable prices. Case in point, this 23.8-inch model delivers on the necessities of a gaming monitor and can be bought for less than $220. It has an IPS, 1080p (FHD) panel that refreshes up to 165Hz, and supports AMD FreeSync for excellent responsiveness.

Standing out from the competition isn't necessarily the ASUS TUF's forte, but you'd be hard pressed to find a similarly-priced alternative that offers the same feature set. With an ample amount of ports in the back and a rotatable mount, this monitor gives you nothing more and nothing less -- and for many, that's exactly what's desired.

A behemoth for gamers with wide aspirations 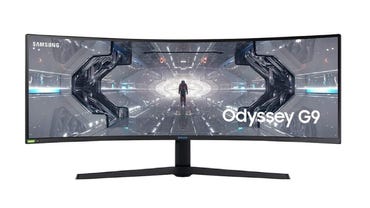 There are a couple of reasons why I have this monitor at the end of the list but it's not because I recommend it the least. The Samsung Odyssey Neo G9 is not for everyone. It costs a whopping $2,499 and spans 49 inches wide with a 1000R curve radius. If those three figures alone leave you wary, then the monitor is not for you. But, if money isn't an issue and you're wanting to experience visual apex, then I can't recommend anything better.

In the kingdom of gaming monitors, the Samsung Odyssey Neo G9 takes the throne. It features Samsung's Mini LED technology, which produces industry-leading contrast and some of the most true-to-life colors on any monitor. The display can ramp up to 240Hz and is NVIDIA G-Sync compatible for variable refreshing, adapting to your game or task. Sitting in front of the Odyssey Neo G9 is probably the closest virtual reality experience you can get without putting on a headset. It's an immersive wonder that will change your definition of the word 'monitor'.

There's a large variety of gaming monitors on the market and your preference for display size, refresh rate, and overall viewing experience is the ultimate decider of what's best. When compiling the list, we take into account the following:

Why do I need a gaming monitor?

Having a gaming monitor is as important as it is to have a capable graphics card when gaming. Even if you managed to snag an RTX3080 GPU, all the processing power is rendered useless if you're missing a monitor that can properly display the graphics. Gaming monitors have high refresh rates, meaning they update the frames of your game more frequently for a smoother experience. Response time -- the cadence in which a pixel changes color -- is another advantage, with many gaming monitors boasting a one-millisecond rating.

What happens if you're using a standard monitor for gaming? You'll likely experience tearing, blurred images, flickering, and other visual bugs that will hinder your gaming overall.

What's the difference between TN, VA, and IPS panels?

When shopping for a gaming monitor, you'll come across three types of panels:

What's the difference between G-SYNC and FreeSync?

Games render graphics differently and your refresh rate can increase or decrease depending on the resolution that you're playing in. That's why GPU-makers like NVIDIA and AMD have developed Adaptive-Sync technology in the forms of G-SYNC and FreeSync, respectively. The difference between the two is miniscule, so you can't go wrong with a monitor that supports either or both.

Adaptive-Sync technology connects the refresh rate of your gaming monitor to your graphics card, so the latter can control the cadence of which the display refreshes. That way, you can play your favorite games with the most optimal refresh rate.

Join Discussion for: Best gaming monitor: Prepare for a world...