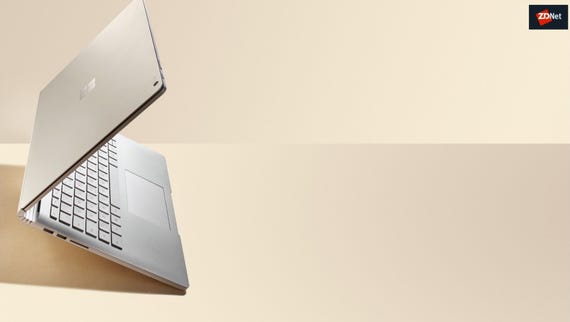 While we saw a couple of Microsoft Surface deals courtesy of Best Buy's Black Friday ad, Microsoft itself is offering more options to save with the Black Friday ad for its own store. On top of those, it has several specials on Windows laptops from its PC partners.

Microsoft has six different deals on its various Surface device, from the Surface Go to the Surface Laptop 2. The Go is the 10-inch tablet that most closely competes with the 9.7-inch iPad, and it will see $50 taken off the $399 price for its base model (Intel 4415Y processor, 4GB of RAM, 64GB storage). There's also significant savings on the last-generation Surface Pro, which comes with a seventh-generation Intel Core m3 processor, 4GB of memory, 128GB SSD, and a Platinum Signature Type Cover for $599, $310 off the regular price. (Note, however, that you can obtain this deal right now from the Microsoft Store.)

That price reduction is no doubt related to the introduction of a refreshed Surface Pro 6, which is the Surface device discounted in Best Buy's ad. The Microsoft Store adds three more deals on the new tablet, starting with the base version with Core i5, 8GB of RAM, 128GB SSD, and Type Cover for $799 ($260 off current price) and then taking $330 off the version with twice the solid-state storage, lowering the price to $999. That same $330 amount is also being slashed from a higher-end Surface Pro 6 stacked with Core i7, 16 gigs of RAM, and 512GB of solid-state storage, which brings the price to a still formidable $1,569. Finally, Microsoft is taking $300 off the new Surface Laptop 2, though it only vaguely says the discount applies to "select" configurations.

Rounding things out is another 2-in-1 in the HP Pavilion x360, which offers similar specs as the Lenovo but with a slightly larger 15.6-inch display and $599 price tag. If you're looking for a gaming laptop on the cheap, Microsoft will be selling the Dell G3 with Core i5, 8GB of RAM, terabyte hard drive, 15.6-inch full HD display, and Nvidia GeForce GTX 1050 Ti graphics for $599.

We also recommend comparing these sale events to discounts offered by other retailers, some of which we've rounded up in ZDNet's Black Friday hub here.