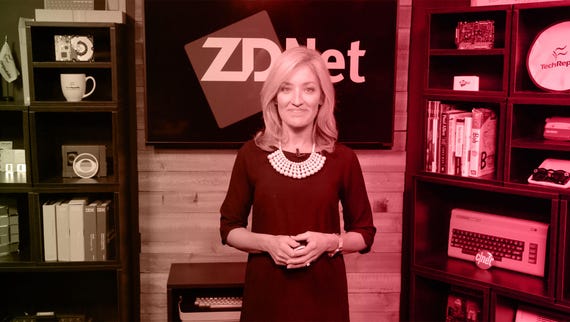 Apple makes bold claims about its environmental track record, but the company is renowned for making products that are fragile and hard to repair. Now that Jony Ive has stepped down as chief design officer, can the Cupertino giant start to make products that are not only beautiful but also reliable and repairable?

iFixit's Kyle Wiens took to the company's blog to criticize the way Apple builds its products.

"It's a shame that Ive is leaving Apple without reconciling this," wrote Wiens. "His iPod started the practice of gluing in batteries, a technique that initially brought scorn but has since become the industry norm. AirPods channel much of [Dieter] Rams' design aesthetic, except they have a built-in death clock and stop working after a couple years. The last seven years of Apple laptop designs have pushed the envelope of thinness, sacrificing upgradeability, serviceability, external ports, and usable keyboards along the way."

But it's not all smacks across Apple's nose. Wiens goes on to applaud Apple for the work it did on making the iPhone more repairable.

"The fundamental repairability challenge with smartphones is making the display and the battery, the parts most likely to break and wear out, easily removable. It took Apple many generations, but they nailed it with the iPhone 6 and haven't looked back since. No Android phone design has managed to replicate the iPhone's ease of service for these critical components."

What's in an IT pro's toolbox? SEE FULL GALLERY

Apple sells a lot of iPhones, so making them easier to repair and recycle is beneficial to all, including the planet we all live on. And Apple makes so many iPhones that it needs robots that can dismantle them to keep up with the recycling demands. That said, Apple sells tens of millions of iPhones a quarter, so a machine that can dismantle 1.2 million handsets a year is just a drop in the ocean.

But when it comes to lower-volume products like Macs, MacBooks, and accessories like the AirPods, Apple seems to have chosen to not put in the effort required. It's got to the point where Apple can't even make a reliable keyboard for its laptops because it's pursuing design goals over even functionality.

It's hard to know who to blame here. Was Ive pushing design over everything else, or was there pressure from higher up in the company to make things thin and light and beautiful?

But now Apple has a chance to change direction and put the focus on reliability and repairability, and in making products that last.

Making battery and screens easily replaceable should be a high priority, and products like the AirPods should be redesigned in such a way as to make this possible. After all, should a set of earbuds that cost $150 be a disposable item? I don't think so.

I'd also like Apple to play a more active role in encouraging owners of Apple products to repair and reuse. I know that this isn't something that helps boost the bottom line, but Apple's bottom line is already incredibly healthy, and trading a little growth for a better, cleaner planet for everyone wouldn't be a bad thing.

Do you think that Apple can forge a new path now that Jony Ive has left the company, or is making beautiful products that are reliable and repairable too big a task even for Apple?

Join Discussion for: Can Apple be better now Jony Ive is gone?