The new models get a darker chassis design, with some versions equipped with Thunderbolt 3 ports and the ability to use the company's forthcoming Optane storage technology.
Written by Sean Portnoy, Contributor on Jan. 5, 2017

While it may not have completely lived up to its lofty name, Intel's Next Unit of Computing, or NUC, has been as reasonably successful as a mini-desktop PC can expect to be in the second decade of the 21st century. Proof of that can be found in the mere fact that the chip giant continues to refine the platform (rather than abandoning it like many other projects), with CES 2017 the time and place for the announcement of NUC's latest refresh.

Intel starts by moving to the dark side, giving its five new models a dark gray housing instead of the white that most previous NUCs wore. It's also packing them with new Kaby Lake processors, the seventh generation of the company's Core processing technology. In particular, two smaller NUCs can either have a Core i3 or i5 CPU, while a bigger trio of units can come with either an i3, i5, or i7 processor.

These won't really compete with Steam Machines and other console-like gaming PCs, as they are too small for discrete graphics cards, instead relying on integrated graphics. In the case of the Core i5 and Core i7 versions, those integrated graphics are of the Iris Plus variety, which supposedly offers 65 percent faster 3D performance than its Iris Pro predecessor. These versions can provide an external graphics solution via the Thunderbolt 3 port, allowing you to connect an Alienware Graphics Amplifier or Razer Core if you really need more gaming power.

The faster versions have one further advantage: Support for Intel's forthcoming Optane storage technology, which the company claims is several times faster than current SSDs. All new NUCs include an M.2 slot for storage, but the taller models have room for a 2.5-inch drive for additional storage. You also get four USB 3.0 ports, a pair of DDR4 memory slots, built-in 802.11ac Wi-Fi, and, as befits a system designed for home entertainment, an HDMI 2.0 port.

Pricing has not been announced for these new NUCs, but PCWorld reports that models using Core i3 processors will be available in the next few weeks, while the remaining versions will ship later in 2017 Q1. 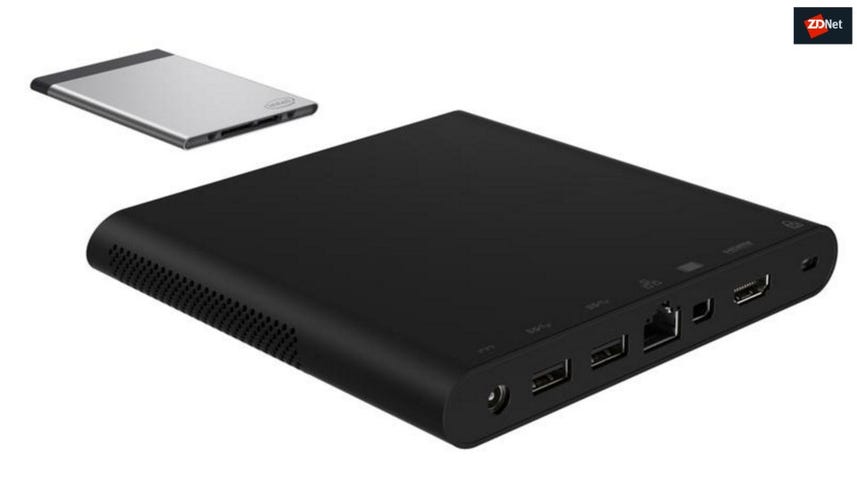