Full Bio
on November 4, 2019 | Topic: Autonomous Vehicles and the Enterprise 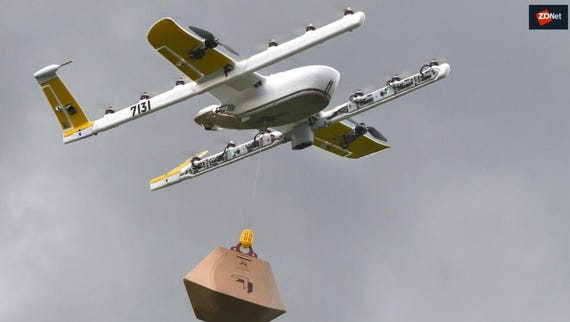 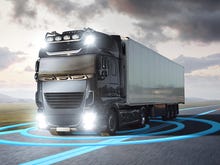 Many people of a certain age believed the 2000s would usher in a new age of technology resembling the famous 'Jetsons' cartoons, with robots or drones providing us with anything we could desire.

While that's still far down the road, billions of dollars and millions of man hours have gone into operationalizing and popularizing the use of autonomous drones and vehicles for a variety of purposes. By 2040, Morgan Stanley estimates that the autonomous urban aircraft industry will be worth $1.5 trillion.

Most of America was introduced to the idea of autonomous drone delivery in 2013 after Amazon founder and CEO Jeff Bezos said on the television show 60 Minutes that the company was working on the technology to deliver their packages.

Since then, there have been dozens of headlines heralding the first drone delivery of this or that. But how close are Americans to having drones deliver us coffee or burritos? Thanks to changes at the Federal Aviation Administration (FAA), this is now a reality for a growing number of small towns across the United States.

The FAA has long had a contentious relationship with drone companies for years, and some would say for good reason. There are a number of questions that still need to be answered in terms of how to deal with airspace restrictions, noise complaints, and liability in the event that packages are dropped, damaged, or hit people.

Switzerland shut down a drone delivery program in April after a drone crashed near a group of children. There have been other crashes throughout the years, which prompted the FAA to put the brakes on most attempts to popularize drone usage in the US.

But the last two years have seen a wave of changes, mostly because drones are now being rapidly adopted across the world through American companies like Matternet, Zipline, Skycart, Flirtey and others.

The FAA Reauthorization Act of 2018 changed things significantly by loosening regulations and since then, the FAA has green-lighted dozens of pilot programs in North Carolina, Virginia, California, and Nevada, which allow drone and autonomous vehicle companies to start delivering everything from defibrillators to pizza.

Yariv Bash, CEO and co-founder of Flytrex, said his company just got a go-ahead from the FAA to run a pilot program in North Carolina delivering food and retail products by autonomous drone. Since 2016, the Israeli company has been perfecting its drone technology, running hundreds of deliveries in Iceland's capital Reykjavik.

According to Bash, the plan is to work exclusively in places out of the reach of popular delivery services like Uber Eats, Seamless, and DoorDash. By focusing on the suburbs, Bash said Flytrex also has access to backyards, which give the drones space to drop packages or food.

"Our vision is focused on instant gratification, the ability to get almost any product that you like right from your smartphone. We're focusing on the suburbs for a few reasons. The population density is lower so it's a lot safer, and we can fly over larger areas. All you have to do is open your back door and pick up your package," he said. "There are more than 15 million backyards in the US, and that is more than enough for me."

Bash added that regulations have been the main barrier to their work in the US, but that the FAA was really pushing forward with commercial drone operations and investing a lot of resources into making drone deliveries a reality.

Matthew Sweeny, CEO of Flirtey, said his company recently became one of ten companies nationwide to become part of the Unmanned Aircraft System Integration Pilot Program, which is fast-tracking the integration of drone delivery operations into national airspace.

Flirtey plans to start delivery of medical defibrillators and commercial packages in Reno, Nevada by the end of the year and hopefully nationwide in 2020. Sweeny echoed what many other autonomous drone experts have said about 'last mile' deliveries, explaining that this represented more than half of the cost of the average delivery and was an industry worth upwards of $100 billion, especially for places out of reach of current delivery services.

According to Sweeny, Flirtey's drones can deliver a package in 10 minutes, and one operator can run about 10 different drones. They lower packages and goods down from the drone using a tether.

Drone delivery isn't just limited to the air either. Dave Ferguson and his company, Nuro, are already working with Kroger and Domino's to deliver food with driverless vehicles. The company got its start last year and delivered the first groceries from Kroger last December in Scottsdale, Arizona.

Nuro has since expanded to Texas, delivering groceries to multiple zip codes within the Houston, area and in June signed a deal with Domino's to deliver pizza in the area using its driverless vehicle, called 'R1'.

"There are 220 billion personal vehicle trips taken a year in the US for shopping and other errands. Our goal at Nuro is to reduce the number of these trips, so that we can help consumers spend less time in the car," Ferguson said. "We want to continue expanding our fleet and service, working with more delivery partners, and making local commerce more accessible than ever."

"Autonomous vehicles will become more common on the roads, at first outside urban centers, shorter hauls, most likely transporting goods between warehouses, distribution centers and stores," Degerman said. "Our first commercial pilot in Jönköping with logistics firm DB Schenker is an example of that, where we transport goods between a warehouse and a terminal. As autonomous vehicles and the systems around them mature, we will see a gradual shift into other areas and more complex traffic situations."

The Department of Transportation chose 10 state, local and tribal governments last year to test commercial drones through major companies like Intel, Uber, and Qualcomm. Just last week, UPS announced that it had managed to secure a certification from the FAA allowing it to deliver medical packages with autonomous drones on campuses across the country.

The FAA led a pilot project in Raleigh, North Carolina, in partnership with UPS where the company transported medical supplies and blood about 500 feet between buildings in a small campus.

It's difficult to know just how many pilot programs there are because the FAA has created so many special exemptions for each company that each is working under its own specific restrictions. Despite the reforms at the FAA, many drone companies operating outside of the US said other countries were better not just at creating guidelines, but also at working with companies to learn more about the field.

Taking the focus off the drone

Many US companies remain focused on creating single drones or buying single drones, not realizing that a system needs to be created managing every aspect of the autonomous drone or vehicle.

Like many other drone industry leaders who spoke to TechRepublic, Drone Delivery Canada CEO Michael Zahra said the key to his business was not the drones, because any company can build a single drone. The value was in the logistics infrastructure the company built to manage the fleet of four drones. Their system interfaces with every aspect of the drone, including its battery management, and allows weather, local traffic control, and other things to be checked via radar.

Their focus is mainly on time-sensitive missions or hard-to-reach parts of Canada where road access can be limited depending on the time of year. Zahra said Drone Delivery Canada has delivered medical supplies and vital goods to indigenous communities in northern Canada as well as manufacturing tools for open pit mines or oil rigs off the coast.

"So many companies had a poor relationship with the FAA. Being collaborative with regulators and with those around you was our approach. The Canadian version of the FAA was very responsive and supportive of us doing what we need to do," Zahra said. "We took more of a system approach, where Google and Amazon had a priority of focusing on building a single drone. The drone is the least important part and is secondary to the system. For us, the magic and the secret sauce is in the system."

Join Discussion for: Drivers not needed: How autonomous drones...