Full Bio
Posted in Between the Lines on February 12, 2019 | Topic: Innovation 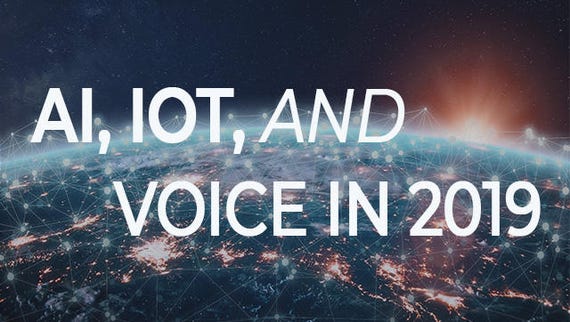 The Internet of Things (IoT) will become a catalyst for a surge in the adoption of digital voice assistants, research suggests.

Google Assistant, Apple's Siri, Microsoft's Cortana, and Amazon's Alexa are all well-known examples of digital voice assistants available on the market today. Such technologies can be used to access apps, services, and software -- but beyond reading out the daily news, setting timers, or tapping into music playlists, they can also be used to control IoT products.

It is the ability to control IoT devices as well as integrate into them which Juniper Research believes will promote the growth of the voice assistants space.

On Tuesday, the research agency said there will be an estimated eight billion digital voice assistants in use by 2023, an increase from roughly 2.5 billion by the end of 2018.

Juniper Research says that the smart television market, smart speakers, and wearables will become the fastest-growing voice assistant categories over the next five years.

Amazon's Alexa is considered a frontrunner in the market but Google Assistant and Apple's Siri, in particular, will cause the smart TV market to grow at a rate of 121.3 percent compound annual growth rate (CAGR), smart speakers will grow at 41.3 percent CAGR, and wearables will grow at a CAGR of 40.2 percent.

The market for standalone voice assistant-based apps is expected to decrease, with revenues due to fall in 2022.

However, China is expected to be an exception to the rule, as companies including Tencent and Alibaba will provide apps and speakers outside of common ecosystems.

TechRepublic: Photos: 10 ways professionals can get more out of their voice assistants

With the increased use of voice assistants, e-commerce conducted through audio purchase channels are expected to benefit. Juniper Research believes that by 2023, this area of commerce will be worth $80 billion.

Vendors are not unaware of the financial possibilities that voice assistants can bring to the table. Google, for example, launched a set of monetization tools back in October for developers, including services which can be used to sell both physical and digital products via Google Assistant, and a sign-in service which supports secure authentication for users.

Join Discussion for: Eight billion voice assistants will be in...