To reset its constrained business, the former Facebook is building beyond its hardware head start.
Written by Ross Rubin on Nov. 9, 2021 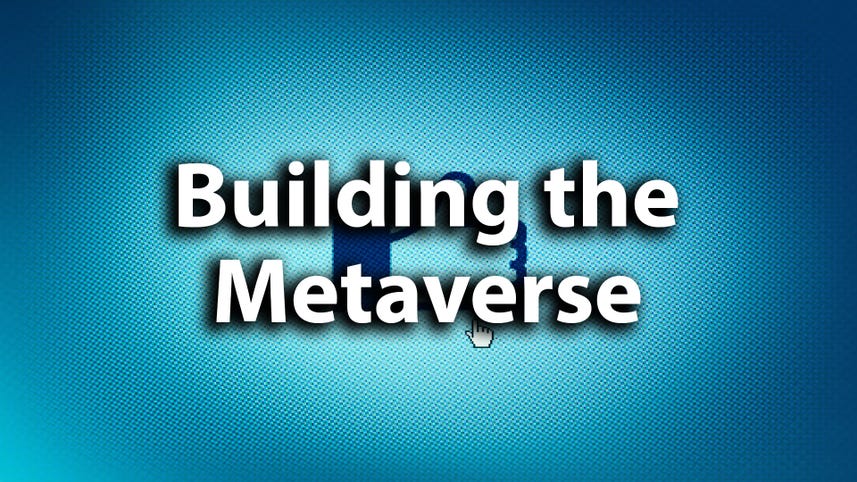 You've seen the new name, the somewhat new logo, and perhaps some of the inevitable parodies. Facebook's adoption of the name Meta marks a milestone in the journey that started with its 2014 acquisition of VR pioneer Oculus, the products of which are set to inherit the Meta name. What once seemed like a shiny distraction now defines the company's future, with Mark Zuckerberg progressing from talking about a distant future to committing tens of billions of dollars to build the metaverse.

Take your pick from among any of the many justifications cited by the renamed company or its critics. Merely talking about the metaverse distracts attention away from the host of serious issues raised by The Facebook Papers. Long-term, the virtual or blended environments Meta promotes will deliver richer interactions among members as well as apps and other digital content. Meta's vision migrates what Apple and Google have built-in mobile to a fantastic, expansive, greenfield world--not just for Meta's users, but for Meta itself. It's a Neverland where its rivals don't establish ground rules around tracking permissions or forbid game services and the company gets to hit restart on attracting younger users who have spurned Facebook's signature service and bolster its relevance to enterprise customers.

Based on where Meta is today, there's cause for optimism, especially in VR. The Quest 2 from Oculus simply delivers simply the best consumer VR experience today. In fact, it has largely had the market to itself with virtually nothing else in its price range, even after accounting for Meta's subsidization. With a higher-capacity version being available at the baseline price this holiday season, the Quest should continue to gain on Sony's PSVR, a PlayStation 5 version of which will miss this holiday season and which would be dependent on the installed base of the still supply-constrained console.

Meta also isn't waiting for the metaverse buildout to ramp up its commercial efforts. Accenture recently purchased a staggering 60,000 Oculus headsets for onboarding and training purposes (albeit, as the company noted in Microsoft's Ignite keynote, to use with Microsoft's rival metaverse efforts). While the consulting giant had to pay a 2x premium for the commercial version that doesn't require a Facebook account, Zuckerberg says this will be a more broadly available option down the line. (The commercial Quest 2 includes other benefits such as enhanced security and support.)

Meta is also covering its bases when it comes to applications. Games may be central enough to its experience that the Quest 2 is a credible game console. But the company is also developing its Horizon environments for social and work applications and recently acquired a VR fitness app. As I've argued, of all the technologies poised to challenge the smartphone, an AR headset refined to the point of enhanced eyewear has the best opportunity of supplanting it.

And Meta shows no signs of letting up. While Zuckerberg concedes the engineering challenges inherent in integrating a cornucopia of tech such as cameras, sensors, projectors, radios and a high-capacity battery into an enclosure that may be constrained to 5 mm thick, such is the goal for its "true" augmented reality device, a major leap forward from its Stories Ray-Ban collaboration code-named Project Nazare. And while that may be several years off, its next high-end VR headset, Project Cambria, does a better job of achieving mixed reality, is set to launch next year, and represent a new level of VR experience for what has been the Oculus ecosystem.

Simply because Meta has the motivation and a head start on the access devices, though, doesn't mean that the company will get to define the dominant metaverse model or sustain leadership there. While enticing, interacting in virtual or blended environments represents a big shift, and plenty of challenges await Meta's efforts to lead the world to them. These include the company's track record, consumer inertia, and formidable competition from both startups and even more powerful Big Tech cohorts.

Google
The 5 best standing desk chairs and stools of 2022

Office Furniture
Digital transformation in 2022 and beyond: These are the key trends