Fender turns cloud adoption up to 11

Serverless isn't usually something synonymous with stringed instruments and amplifiers, but Fender's chief digital product officer believes it's the way forward for the guitar-maker.
Written by Asha Barbaschow, Journalist on Dec. 10, 2018 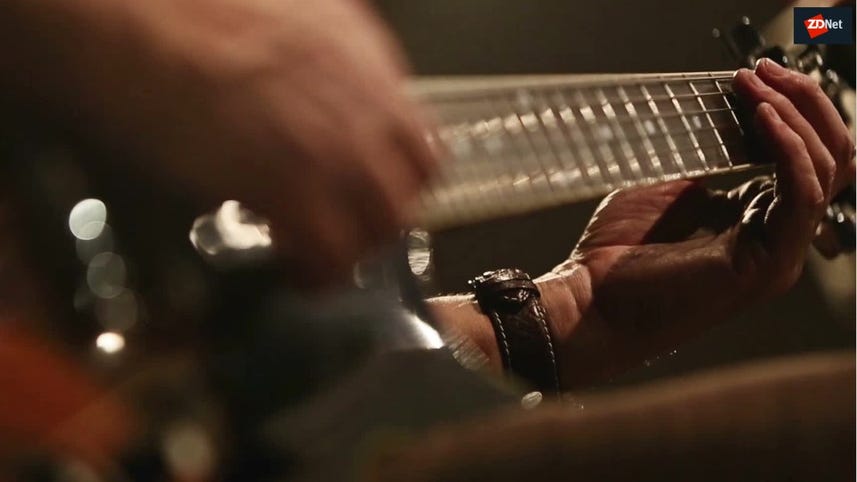 Leo Fender began building guitars in the early 1950s, but in order to keep the Fender name relevant, the company had to reinvent parts of its business model. That meant being where the budding musicians are -- on mobile.

The company wants to build the next generation of Fender players, but the challenge, according to chief digital product officer and GM of digital at Fender Musical Instruments Corporation Ethan Kaplan, is the statistics around new guitarists.

45 percent of players every year are new to the instrument, and Kaplan said these people will spend 4x as much on lessons as they did on the guitar itself.

"But here's the even bigger problem -- 90 percent will quit in the first six months, most within the first 90 days. There's an opportunity there," he told AWS re:Invent in Las Vegas.

"The 10 percent that make it through will buy 8-10 guitars in their lifetime, most of those will be Fender, so there's a huge opportunity for us to move that needle if we can just keep people playing."

The first thing a new learner needs to do after they purchase a guitar is tune it. But with 60-odd guitar tuning apps in the App Store, Kaplan said none actually teach a beginner how to tune.

"So we did," he said. "Two years ago we shipped our first application, Fender Tune, and it's been used by millions of people."

Fender then built another app, Fender Tone, which is a remote control for the Mustang, which is a digital amplifier.

Fender used AWS to store custom settings for the tuner and custom presets for the amp in the cloud.

Following its success, the company decided to take it further.

"We're revolutionising how you can learn to play guitar," Kaplan continued.

A year ago, the company launched Fender Play, which is a digital learning app aimed at getting more beginners engaged and continuing to play.

"Our aim was to make online learning app as good as the guitars we make, so unlike any video instruction -- if you've ever looked on YouTube ... this isn't a guy on a couch with a Go Pro with his cat walking in the background. It's tightly structured curriculum, 4K, high-quality studio shot video, and it has instructions for more than 500 songs," he said.

According to Kaplan, Fender decided to use AWS so its in-house engineering team could focus on building things, rather than thinking about how to build infrastructure.

"We need to be able to iterate our products in response to the data that we are learning from customers and customer's feedback, and we needed to scale really rapidly," he told re:Invent.

"Two years ago we started filming content on two sound stages in Los Angeles -- and we're generating a lot of content. We shoot six days a week, between the two studios producing 30 pieces of content a day-- so there's a lot of video coming out of there."

Fender uses 40 Amazon web services including AWS Lambda, Amazon DynamoDB, and Amazon API Gateway to store and deliver more than 700TB of video, which has been used as lessons by customers a total of 4.9 million times.

The company has launched 10 applications and made 352 Lambda requests since July.

This ebook looks at the rise of e-commerce and the digital transformation of retail companies.

"We got a taste of the future and we're going entirely serverless," Kaplan revealed.

"Everything we do, from fender.com to every single application we make ... my engineers don't think about servers, they just think about making great products ."

Kaplan said the future also sees Fender leveraging AWS Transcribe and Transcode to caption all of its videos for multiple languages. It's also planning on better using its consumer data, with the ability to know when and how people are playing and using that data to make better experiences through machine learning.

"It's not just online. Our factories are looking at using Internet of Things technologies to monitor humidity and guitar production, and SageMaker to improve our wood grain matching," he concluded.