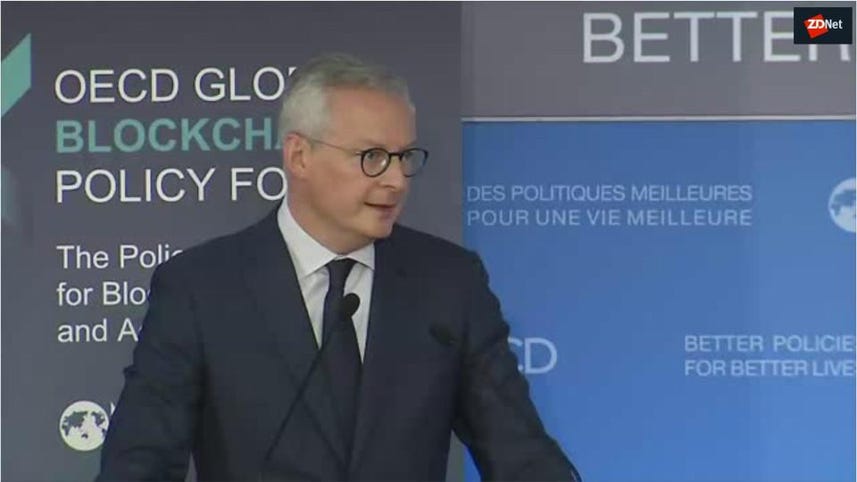 France says the country will move to block Facebook's Libra cryptocurrency from becoming established in Europe until outstanding consumer and financial concerns are addressed.

As reported by The Guardian, France's Finance Minister, Bruno Le Maire, told attendees at a cryptocurrency conference on Thursday that Facebook's proposed digital currency poses a risk to consumers.

In addition, the idea of a form of money ending up in the hands of a private company rather than governments puts the "monetary sovereignty of countries at stake."

"I want to be absolutely clear: in these conditions, we cannot authorize the development of Libra on European soil," Le Maire said.

The proposed cryptocurrency was unveiled in June. The social media giant said it wished to launch Libra in 2020 and subsidiary, Calibra, would manage the blockchain infrastructure behind the virtual asset as well as wallets used to store the cryptocurrency.

Facebook hopes that Libra could become an alternative payment method on the social network, as well as for e-commerce websites and third-party services.

Forms of cryptocurrency on the market, such as Bitcoin (BTC) and Ethereum (ETH), are decentralized and, therefore, do not have the financial backing of one main authority.

While there are potential benefits to this form of setup -- such as the circumvention of corrupt authorities and the expansion of asset-holding to those who cannot secure a traditional bank account -- this can also mean that the value of virtual coins can fluctuate without being tied to a fiat currency reserve.

Facebook will attempt to address this by using traditional currency to back Libra. Reports suggest that the tech giant is hoping the euro, Singapore dollar, Japanese yen, British pound, and US dollar will be among the first currencies to support the firm's virtual coin.

CNET: Spotify wants to know where you live and will be checking in

However, the non-profit Libra Association -- made up of a consortium of companies to develop and manage Libra -- will need to agree. Current backers include PayPal, Visa, Stripe, Mastercard, eBay, and Uber.

Merely days after Libra was announced, US officials branded the cryptocurrency a "serious concern," and raised a number of privacy, consumer risk, and regulatory hurdles that Facebook was asked to address.

Among these worries are how Facebook would tackle money laundering, the potential funding of terrorism, and whether the transition of currency control from governments to private businesses could cause economic destabilization.

There is also the risk of cyberattacks to consider. Cryptocurrency exchanges and wallets used to store virtual coins have been attacked in recent years, leading to the theft of millions of coins belonging to traders.

As the potential inventor of a new cryptocurrency made available to over two billion users, Facebook itself -- and its reputation for privacy and security -- has also come under fire.

No-one has yet forgotten the Cambridge Analytica scandal, in which the data of 87 million users was harvested without their consent for voter profiling purposes. Facebook allegedly knew of the scheme months before the data leak was made public.

In related news this week, Google has been fined €500 million by French regulators and has agreed to pay €465 million in backdated taxes to settle a tax-related investigation from 2016.