Google is giving Android Auto a new look and features to make it easier to control apps.
Written by Liam Tung, Contributor on July 31, 2019 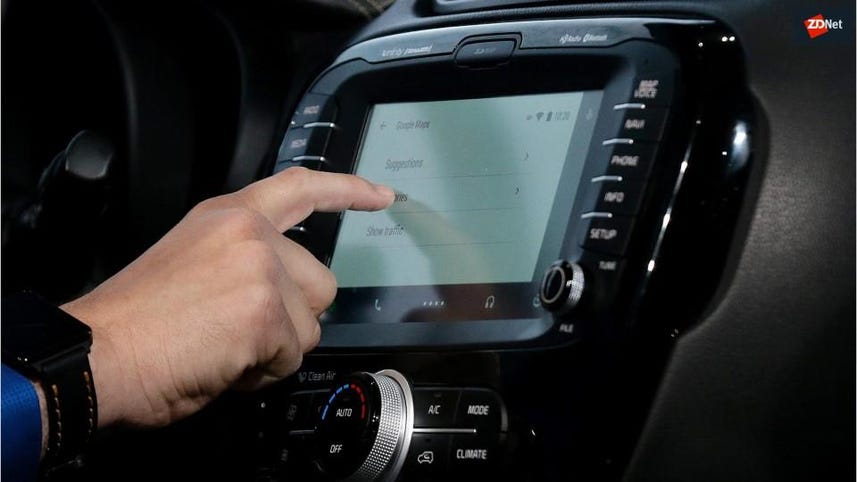 Android Auto users should see a new look on their infotainment system in a few weeks, with a new navigation bar, notification center and launcher, as well as a dark theme, and improved screen optimization.

Most of the new Android Auto design updates were announced in May at Google IO and will now roll out in the coming weeks. However, the changes won't be coming to Android Auto because it is being migrated to Assistant's forthcoming driving mode.

The app launcher can be opened from the bottom-left button, which displays apps in circular icons, some of which have the Google Assistant badge, such as Calendar. Tapping Assistant-enabled icons allows Assistant to read out details from calendar, provide a weather report or read the news.

As Google announced in May, the new Android Auto starts playing media and Google Maps as soon as the car starts. Maps will also show suggested locations. If a route has already been planned on a phone, Android Auto automatically adds the directions and displays routing information.

The redesigned navigation bar is located at the bottom of the display and has been designed to let users interact with multiple apps.

"So if you're listening to music, you won't miss your next turn; or if you're following directions, you can still easily pause or skip a song," says Google.

Android Auto now also can use widescreen displays to give extra space for step-by-step navigation, media playback, and call controls. Changes to improve visibility include easier-to-read fonts and a new dark mode.

Overall, the design changes are meant to get users on the road faster and allow easier management of apps with fewer taps.

Innovation
Put a lifetime of Jillian Michaels training in your pocket