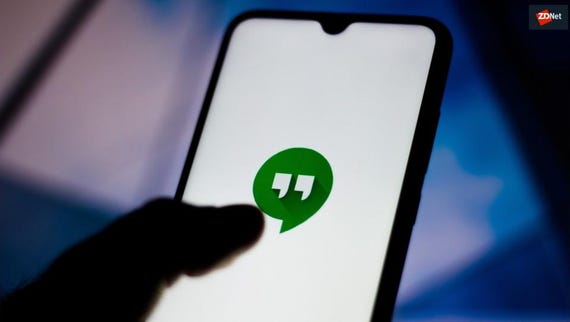 Google has announced its plan to move Google Hangouts users over to Google Chat next year. It's also making Chat a free service rather than restricting it to paying Google Workspace – formerly G Suite – customers as it is today.

The new Chat messaging app will be available in Gmail and as a standalone app. Google says it will have Hangouts features like direct and group messaging, as well as the ability to send to inbox, faster search, emoji reactions and suggested replies.

In the first half of 2021, Google will start migrating everyone from Hangouts to Chat and it will automatically migrate Hangouts conversations, contacts and saved history, according to a blogpost.

It hasn't explained how it will carry out the transition for users of the free version of Hangouts, but says it will provide more specific guidance on what steps users need to take when it begins the transition process.

Google argues that the benefit of using Chat is it's easier to plan with others on "goals and similar interests, share and collaborate on files, and assign tasks to help keep everyone on the same page".

The future of Hangouts has been uncertain for some time, with reports in 2018 that Google was planning to shut the service down in 2020 and focus on Meet, its video-conferencing product, and Chat.

Google told The Verge that the migration from free Hangouts to the free Chat will take place gradually and that there will be a period when both co-exist. After all free users and Workspace customers have moved to Chat, then Chat will be considered to have replaced Hangouts.

"We will fully replace classic Hangouts with Chat. There will be no option to opt out at this stage," Google notes.

Google promises Workspace customers it will provide a minimum of four weeks' notice on the Google Workspace Updates blog before each phase begins.