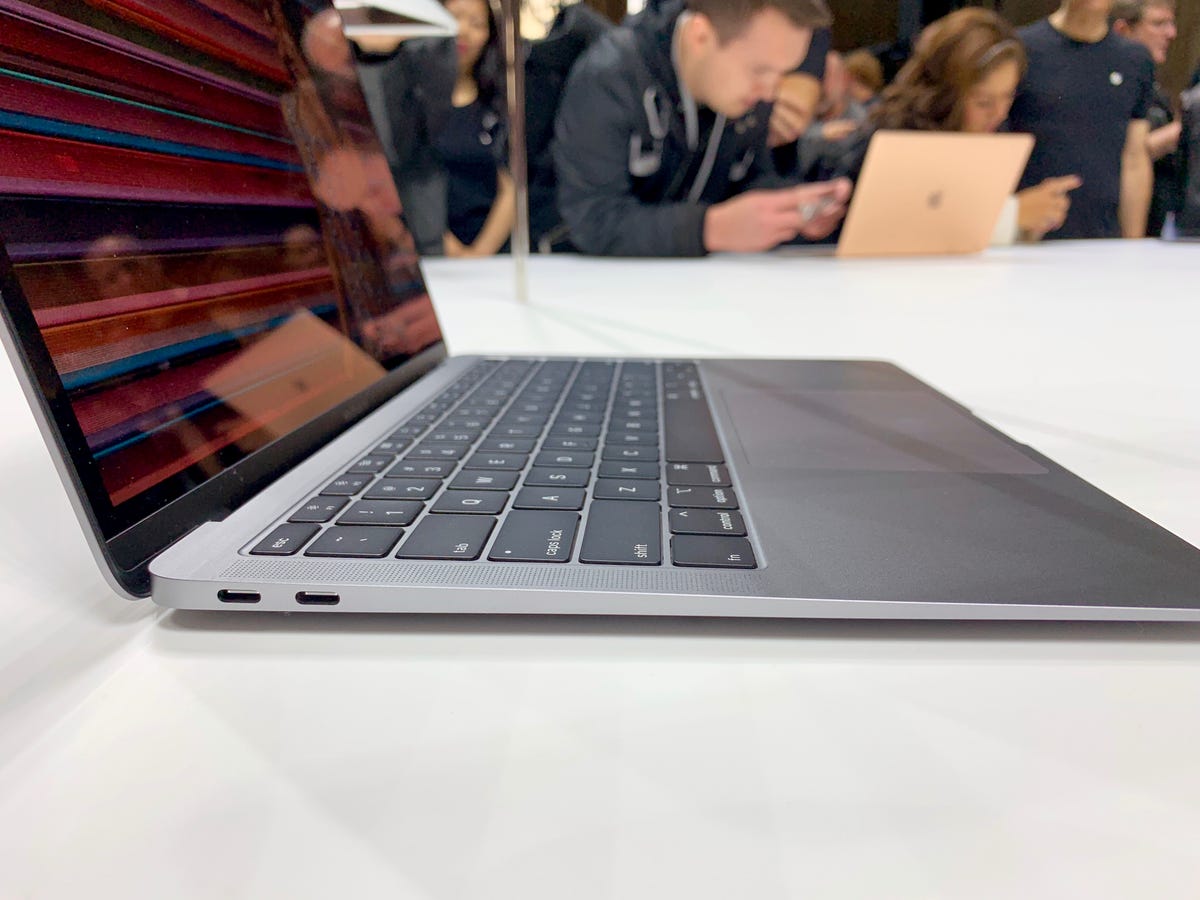 I was merely one of many.

The legend of the latest MacBooks and their unworthiness has continually grown like a creepy cactus on your front porch.

Principally, the problem has been the keyboard. It functions about as well as many of the world's current governments.

The keys stick. Then they die. I suppose you could call it a sticky ending.

At first, Apple refused to believe there was a problem. Then it conceded that a few customers were having, you know, slight issues.

I went to two Apple stores to find some truth. I was told that no, no, there was absolutely nothing wrong with the keyboards.

Indeed, one Apple store saleswoman told me it was now impossible for dust or my croissant remnants to get under the keys -- this seemed to be the root cause of such keyboard problems -- because Apple had placed an extra layer of film beneath the second version of the keyboard.

Now, Cupertino whispers that it's changing the design for the third time.

Regular sufferers of this column will know that I bought a MacBook Air and, within months of my purchase, the M key was suddenly wonky.

This was a little unfortunate as I was in Lisbon, where I was told a repair might take 30 days.

I've been using MacBooks for 20 years. I'd never seen anything like this. The mere thought that a new Apple product could be so abjectly made -- and mine wasn't the only one -- was painful to (what's left of) my soul.

Yet, instead of rushing to an Apple store on my return to the US, I resolved to take a different path.

As I wrote at the time: "So now I'm determined. I'm determined, in fact, to see how long it'll be before my M becomes entirely inoperative. I want to discover whether more keys will succumb to this obvious and desperate design flaw. I want to see just how useless this third-generation keyboard truly is."

So I kept on writing. I kept on pressing, ever more conscious of the effort involved in making sure that touching the M key would translate to the letter M on my screen.

I trained the appropriate fingers of my right hand to hit down on the M far harder than on any of the other keys. Honestly, at times this was conscious bashing of the M key. It was as if I could pick at an especially obstinate zit and it would finally go away.

Yes, it was annoying. No, it wasn't getting me anywhere. I'd bash, it would resist and I'd tell myself I'd persevere.

Last week, however, something strange happened. I realized I'd stopped bashing. Actually, I didn't even notice at first.

It was like a hiccup that had suddenly disappeared, a cut that had mysteriously healed, a Twitter troll who had oddly liked one of my tweets.

As I write, my M key is reborn. It shows no signs of stubbornness. It's simply stopped throwing its tantrum.

I can write "mmmmmmm" and do it with ease.

Which leads me only to search for explanations.

Could it be that some speck of dust beneath my M key has finally disappeared to the dust bowl in the sky? Could it be that my constant bashing finally crushed a tiny piece of butter croissant into pieces so infinitesimal that they could no longer affect my M key?

I may never know. Until, that is, something else goes wrong with this machine, I take it to an Apple Genius and they declare: "My investigation shows microscopic fruit scone fragments, buried deep within, are causing your MacBook Air to crash."

Has this resurrection caused me to renew my faith in these new MacBooks? Lordy, no. It could happen again, after all.

If it really takes bashing a key for weeks on end to bring it back to life, it isn't a worthy successor to the grace of my previous Airs.

May I add, though, that this isn't a suggestion that, if you have a MacBook keyboard problem, you should bash the offending key to distraction.

Mind you, would it really hurt?

Join Discussion for: Dear Apple, here's how I solved my MacBook...