How I learned to stop worrying and love USB Type-C

While the rest of the world is enthusiastically adopting the all-in-one USB Type-C standard, Microsoft and Apple are stubbornly sticking with their proprietary connectors. That's why I no longer carry a Surface or an iPhone when I travel.
Written by Ed Bott, Senior Contributing Editor on July 19, 2018 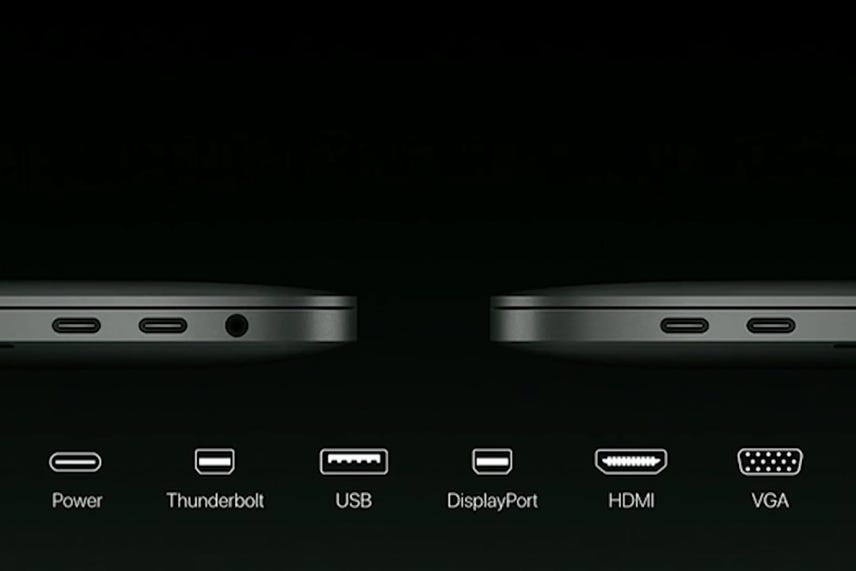 Depending on your point of view, USB Type-C is either the savior of tech or another disappointment waiting to happen.

My colleague Jason Perlow is in the former camp, arguing this week that USB Type-C is "the iPhone charging connector Steve Jobs would have wanted." That's a marked contrast to what Adrian Kingsley-Hughes wrote last fall, when he called the standard "a dumpster fire."

Read also: What is USB Type-C and USB 3?

Which camp do I fall into? Let's put it this way: Compatibility with USB Type-C is a major factor in every hardware decision I make these days, and that's not good news for Apple or Microsoft.

I thought about this when I began testing an eagerly awaited new Microsoft peripheral, the Surface Connect to USB-C Adapter. At $80, this is one pricey dongle, especially given that its entire function is to help connect USB Type-C chargers, docks, and storage devices to the proprietary Surface Connector on a Surface Book or Surface Pro.

The point of Microsoft's dongle is to serve as a bridge between its proprietary Surface Connect port, with its blade-shaped, magnetic connector, and an alternate universe filled with USB Type-C chargers and, more importantly, USB Type-C docking stations that include power delivery, wired Ethernet, connections to high-resolution external displays, and multiple USB ports.

Read also: USB Type-C is taking over -- here are the phones to prove it - CNET

Microsoft has its own docking station, the $200 Surface Dock, which works well with every member of the current Surface family. But its Surface Connector means it's literally a useless brick if I want to temporarily swap in one of the Dell or Apple laptops I have at hand and use it with the big display and external keyboard and mouse connected to that dock.

I've used the Surface Book and Surface Pro (2017) with the Surface Dock and the experience is excellent. Essentially, it turns the Surface Book, a powerful PC in its own right, into an impressive desktop replacement. In several months of daily use, I had no major issues.

I tested the adapter using several devices. First up was Dell's WD15 Business Dock, which has a list price of $200 and provides 5 USB ports (three of them USB 3.0); HDMI, VGA, and Mini DisplayPort connectors; Gigabit Ethernet; and support for external audio.

When I plugged the WD15's single USB Type-C cable into the Surface adapter and snapped the Surface Connector into a Surface Laptop, everything worked perfectly. But the exact same setup didn't work at all with the Surface Pro (2017), which was fully up to date.

The setup instructions and the FAQ offered no help. After some digging, I finally found an answer buried in a post on the Surface Blog for IT Pros, announcing the availability of the adapter. That post contains this sentence:

Support for the Surface Connect to USB-C Adapter requires the installation of an update for the Surface System Aggregator Module prior to connecting the adapter to your Surface Pro or Surface Laptop device.

That same post contains download links for the specific drivers required for each supported Surface model. With those drivers in place, the Surface Pro worked properly. (And surprisingly, so did the Surface Pro 4, despite the fact it's not supported.)

Read also: How to connect external displays to a MacBook - TechRepublic

I also tested the Surface adapter with several generic USB Type-C laptop chargers, all capable of delivering more than the minimum 27W required, as well as the 61W charger included with a MacBook Pro. Everything worked as expected.

Finally, I tried the device with a generic $50 USB Type-C adapter made by a Chinese company you've probably never heard of: HooToo. (It's currently the most popular one in a crowded category of nearly identical devices at Amazon.)

With three USB Type A ports, HDMI output, an SD card reader, and a USB-C input for power, it has enough ports to play the role of docking station. All my Surface devices worked well with this dock.

The biggest knock on the Surface adapter is that it doesn't support Thunderbolt data connections. For most people, I don't think that will be a big issue, because the universe of Thunderbolt peripherals is tiny. That concern applies mostly to MacBook Pro users who need access to big, fast hard drives for video and photo processing.

So, who should consider plunking down the $80 for this adapter? It might make sense if you have a shared desk or office that multiple people use regularly, with a variety of laptops. In that case, you can set that workstation up with a USB Type-C docking station and provide this adapter for anyone who shows up with a Surface Pro or Laptop.

Read also: How to track down USB devices in Windows 10 - TechRepublic

On the other hand, if this is your primary PC and your desktop is all yours, it's hard to make much of a case for this pricey dongle. One of the big advantages of USB Type-C is that you can consolidate chargers when you travel. But if you have to carry this not-exactly-small dongle in order to replace the Surface laptop charger with a slightly smaller alternative, you haven't really gained anything.

Apple has a slightly different problem. Its recent MacBook products (like my 2017 MacBook Pro) all use USB Type-C connectors. But iPhones and iPads have Lightning connectors, as do other Apple peripherals like the Magic Mouse, Magic Trackpad, Magic Keyboard, and Siri Remote. That means you need the USB-C to Lightning Cable if you want to charge any of those gizmos using your Mac. Apple sells that cable for $19 (for a 1m version) or, cough, $35 if you want the 2m upgrade.

Weirdly, Apple doesn't sell its own USB Type-C docking station. Instead, if you visit the Docks category at the Apple Store, you get a half-dozen products for iPhones and iPads and Apple Watches, and only one for the USB Type-C equipped Macs, the $350 Belkin Thunderbolt 3 Express Dock HD.

The good news is that all the alternative USB Type-C docks and peripherals I tested also work just fine with the MacBook Pro, no adapter required.

As Mr. Perlow points out, one huge frustration for frequent travelers is that you have to carry multiple chargers and a half-dozen cables every time you leave the office.

I've managed to cut that frustration down to a bare minimum by standardizing on devices that use USB Type-C connectors. That includes a Samsung Galaxy S8+, a Moto X4 phone for overseas use, an ASUS tablet, and Dell's tiny but powerful XPS 13. When I hit the road, I don't need any Surface Connectors or Lightning cables. I can get by with a single charger and two or three USB Type-C cables of varying lengths.

Read also: Why did Microsoft build the Surface Go?

Eventually, Apple and Microsoft are going to have to confront the USB Type-C issue with their flagship products. Apple has to decide whether to keep the Lightning connector on its iPhone and iPad lines or replace it with USB Type-C to match its MacBooks. Microsoft has to choose whether to continue with its proprietary Surface Connect or transition to a more standard, non-proprietary connector.

(The newest Surface Book 2 models both include USB Type-C ports, but they also include the Surface Connect as the standard power option. Those ports feel like a compromise addition, and it's unlikely that they'll appear on the smaller Pro models.)

When they make the switch, maybe I'll consider coming back. But for now, those nonstandard connectors are dealbreakers for me.

There are too many charging and interface cable standards in place. We can fix this, but it will take effort and broad industry buy-in. And Apple would have to fall in line.

More adapters for Microsoft's Surface -- one for Ethernet and USB-A and another for USB-C to USB-A -- are coming as of August 2.

Think that there's no difference between a cheap cable and a quality cable? Think again! Poor quality USB-C cables can easily destroy your devices.