iPhone upgrades? I dread going to the Apple Store, and that's a problem for Apple

David Gewirtz readily admits to being a little retail-avoidant, but his experiences at the Apple store are the stuff of legends. He suggests that if Apple were to incorporate a regular trade-in program with its other subscriptions, there has to be a path outside the dreaded Apple Store.
Written by David Gewirtz, Senior Contributing Editor on June 18, 2019 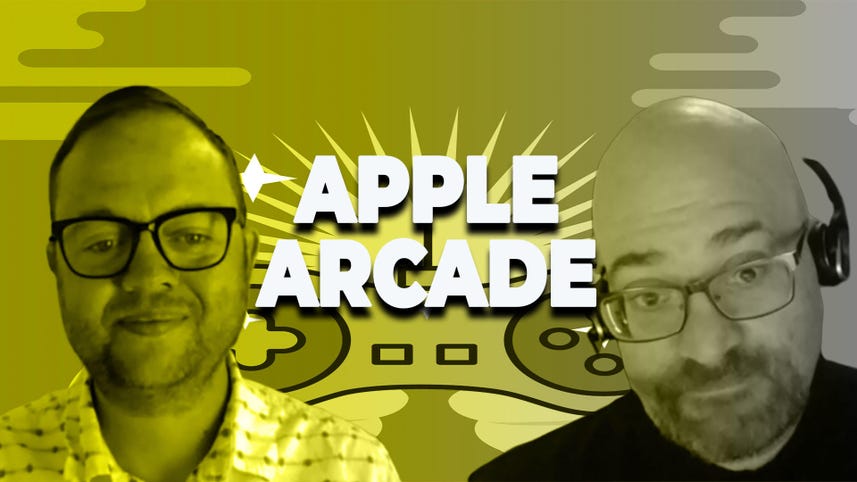 Bimart is an odd little retail chain in the Pacific Northwest. It's a weird cross between a K-Mart, a Walmart, and a Home Depot. They sell clothes, lawn chairs, tools, and an anachronistically-wide selection of DVD players. Yes, the dream of the 90s is alive in Bimart.

But that's not the point. A visit to my local Bimart is easy. It's a five minute drive to the store. Five minutes to run in and pick up an extension cord, some steel wool, a dowel, and, yeah, a lawn chair. Five minutes to check out. And then five minutes back home. The entire round trip can be done in less than half an hour.

Compare that to the Apple Store. Since Apple opened its first store, I've lived in three parts of the country: central New Jersey, central Florida, and central Oregon. In Florida where I lived, and now in Oregon, the drive to the Apple Store is an hour and a half.

Back when I lived in New Jersey, the drive was also about an hour and a half. But if I lived there now, the drive would be more like half an hour because Apple has subsequently opened two closer stores.

I have never, not once, been able to have an Apple Store round trip take less than four hours. And that's on a good day. When my wife and I went to buy our iPhone 6s Pluses a few years ago, the trip took three hours on the road plus four hours in the store due to the wait and fussing time at the store.

According to Apple's store list, there are roughly 270 stores in the US, an average of five per state. That's not really how the stores are geographically distributed, of course. California alone has 53 Apple stores, while Maine, Kansas, and Iowa have one each.

While the population is obviously greater in states like California and New York than in states like Kansas and Iowa, the distance to travel to an Apple Store is not. Some folks in less populous states (and even in parts of densely populated states like New Jersey) are a considerable driving distance from the nearest Apple Store.

Therefore, it is impractical to assume that everyone who uses an Apple product has easy or convenient access to an Apple Store.

This goes to Jason Perlow's Apple Select plan, for all-you-can-geek Apple products. Last week, he advocated that Apple adopt a monthly charge that incorporates all their services, along with a regularly refreshed phone.

In a sense, this is the Apple Upgrade program with movies, news, and storage tacked onto it. Having a Prime-like service for Apple services does make sense. But expecting customers to make a regular pilgrimage to the Apple Store to swap phones is not realistic because it is not necessarily something everyone is going to want to (or be able to) do.

Both my wife and I participated in the Apple Upgrade program for our 6s Plus phones, but we did not upgrade to the iPhone 7 when it came out. In fact, we're still using the 6s Pluses, and our plan is to keep doing so until iOS leaves them behind, probably in the fall of 2020.

We didn't upgrade using the Upgrade plan partly because the Apple Store experience was so execrable. We didn't want to spend another half a day jumping through Apple's financing partner's contract issue, jumping through the carrier transfer issue, and being herded like cattle in a line waiting for a brittlely cheerful associate with a man bun and an Apple T-shirt to help us.

If Jason's proposed Apple Select program is going to work for the majority of the population who don't live near an Apple Store, Apple has to make the iPhone upgrade process painless. They need to make it work entirely online, and they need to make sure that you're never, ever without your phone.

To do this, iPhone upgrades will need to have all the paperwork done online, well before you're faced with the issue of giving up your pocket companion.

Then, Apple needs to send you the new phone before you have to send back your old phone. That way, you'll never be without a phone. Once you get the new phone from Apple, you can transfer your SIM card, restore your data from iCloud, and be back up and running. Then, only once you're fully confident you have a new, working phone, and only then you return the original phone to Apple.

I know the objections to this, most specifically the risk to Apple that folks won't send back their old phones. Knowing human nature, this is, undoubtedly, a risk. On the other hand, Apple is one of the world's wealthiest companies, and can handle a little risk.

Most of that risk can be mitigated by terms of service, charging credit cards if the old phone isn't returned, or even just increasing the monthly subscription rate by a few bucks to pay off the old phone. When my wife moved to the second generation of the iPhone SE from the 6s Plus, we kept the 6s Plus as an extra 4K camera. Some folks might want to keep their old phones as a camera or a media player.

The bottom line to all this is straightforward. For a plan like Jason's Apple Select concept to work, it would have to be decoupled from a reliance on visiting Apple Stores, and the phone upgrade process would have to be friction-free. If Apple can do that, then Apple Select has a chance of being a winner.

Failure to do that will result in some number of customers avoiding the Apple Store, and more finding themselves in Apple Store hell. It's not an enjoyable experience.