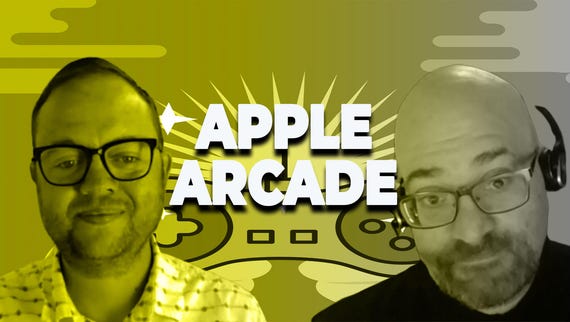 Apple's move to a streaming video and subscription news products highlights the company's effort to bulk up its services business -- already topping a $40 billion annual revenue run rate -- but the company may want to consider a larger bundle.

The company's video service is entering a crowded space with the likes of Hulu, Amazon Video, Netflix and a bevy of other over-the-top efforts. On its own, Apple may have a tough sell without more original content. As bundle of services, Apple's video effort can be handy. The Apple News effort will bundle magazines and other content subscriptions in a service called Apple News+ for $9.99 a month.

"We take the same approach with our services as with our products. Have to be easy to use, designed to keep personal information private and secure."

Cook's talk was aimed at Wall Street too. Apple needs investors to value the company's services unit as much as its iPhone franchise.

Is it time for "Apple Prime"?

Apple has already proven adept at taking your money on a subscription basis. Its services business, which includes everything from AppleCare to iCloud storage to Apple Music is the fastest growing business in the company.

Nevertheless, Apple may run into subscription fatigue at some point. The cure would be a bundle.

Now it's easy to smirk at this Apple Prime concept, but the customer base would go for it as long as there is value. Apple customers are also accustomed to paying premium prices so a $300 a year subscription may actually resonate. Microsoft 365 is a spin on a software subscription equivalent.

Amazon Prime is the natural comparison to whatever Apple bundle could be created. As far as value goes, there wouldn't be much comparison. Amazon Prime has a series of benefits for $119 annually, but the big ones are free two-day shipping, same-day delivery in eligible zip codes, Prime Video, Prime Music (2 million songs in the U.S.), Amazon Music Unlimited discounts, Whole Foods Market discounts, Prime Reading and Amazon Photos.

Also: Quitting the five tech giants: Could you abandon Amazon?

An Apple subscription bundle would have a different motive: Keeping you on the platform and the iPhone/iPad/Mac. Should Apple hold the fort with services, it can wait out customers' elongated upgrade iOS device strategy. Apple has sold about 2 billion iOS devices. 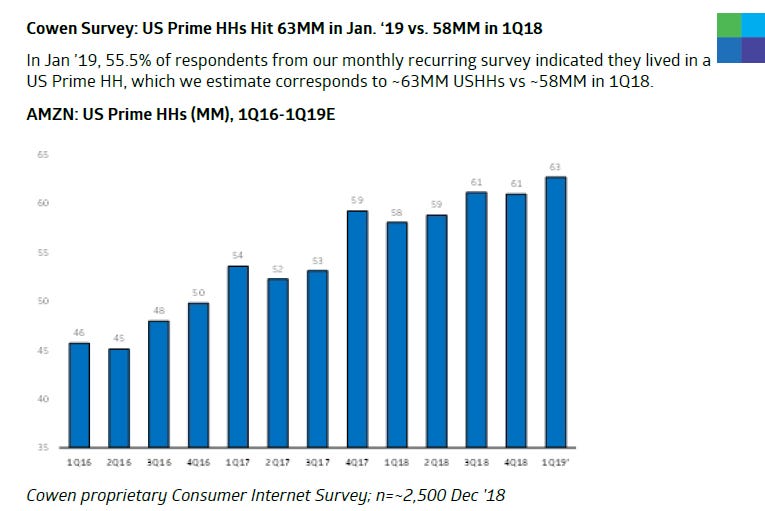 Cowen & Co.'s Consumer Internet Survey reckons that Amazon has 63 million Prime subscribers, up from 58 million a year ago. Apple has a 1 billion devices in the field and could ultimately garner similar numbers.

We (and many others) are finally getting what we hoped for and predicted as the company is set to announce its inaugural streaming video content service that will be a linchpin in further expanding its services wings into areas such as video content and potentially gaming over the next decade. Taking a step back, the services business remains the wild card in driving the valuation higher for Apple as we estimate the valuation of the services franchise for the company is worth roughly $400 billion on a standalone basis with this highly profitable segment poised to exceed $50 billion in revenues by FY20 and doubling from FY16 levels.

Ives said that Apple is likely to have to pull off a big content acquisition to really be a player, but the company can be a video player.

Will we see an Apple Prime service March 25? Probably not given it's unclear how much Apple is willing or able to discount a large services bundle. Amazon Prime is based on a lifetime value of customer calculation as well as scale via AWS. Apple may not have the cloud scale and efficiency to deliver a value bundle.

In the end, Apple's video splash will be just the beginning of an innovation push for services. Just keep in mind that the real innovation may be in the financial modeling and bundles to deliver more recurring revenue to Apple.

The end of Blu-ray

Thanks to the rise of streaming, Samsung is discontinuing its Blu-ray and 4K Blu-ray player lines. That's lousy news for people who love older TV shows and movies.

Join Discussion for: Why Apple's streaming TV service should lead...