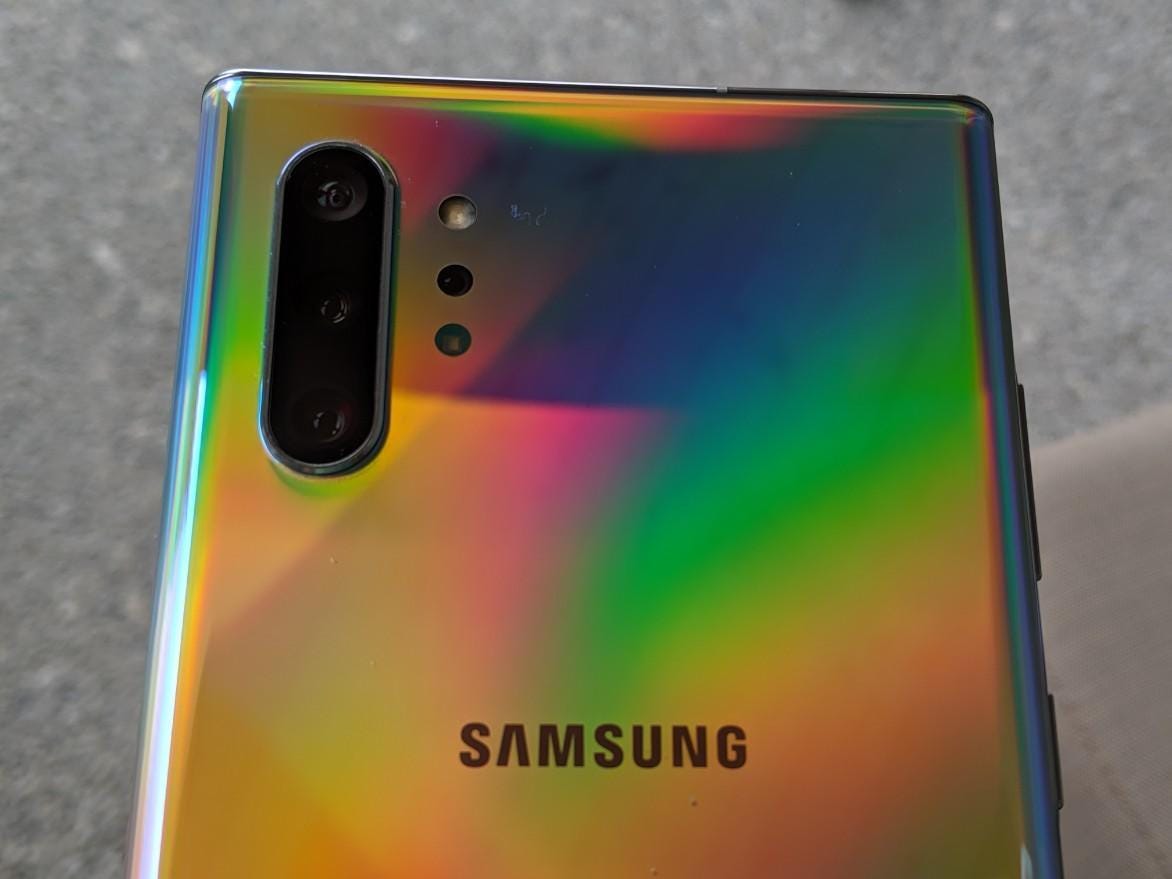 I live in perpetual doubt, seeking the truth but finding only question upon question.

Is an iPad Pro a computer, as Apple insists? What will an iPhone Pro replace?

And now, can a Galaxy Note 10 Plus replace my laptop?

Some, it seems, believe it can -- although my colleague Bill Detwiler remains skeptical.

What could I do, therefore, but go to a phone store to see how the Note 10 Plus -- and its smaller sibling -- were being sold? Were they being presented as being ideal for business? Were they being lauded as superior to all other Android phones?

I decided to go to an AT&T store. A saleswoman, however, told me the store had no new Notes as the displays hadn't yet arrived.

Which seemed less than OK to me, especially from a company that tells me OK isn't good enough.

I leaped back into my car and disappeared to a T-Mobile store, where the Note Plus was honorably displayed.

I've always enjoyed pleasant dealings with T-Mobile sales staff. Frank and engaging, they're happy to talk about anything really, even their other jobs.

Not Many Pluses With The Note 10 Plus.

In this case, I encountered a charming salesman and asked him to enlighten me about the Note 10 and the 10 Plus.

"What's so good about these?" I began.

He pointed to the 10 Plus and began to offer lyrical praise for its three cameras. Or was it four? My mind tends toward treacle as soon as salespeople tell me the cameras on a new phone are -- somehow -- even better than the cameras on the last one.

Still, he veered me toward the Note 10, rather than the 10 Plus.

"The Note 10's cameras aren't exactly the same as on the Plus, but the end result is," he said.

It was as if this particular salesman had little enthusiasm for the Plus. He told me: "If you're streaming Netflix and watching more than one movie, the Note 10 is better. It'll give you seven hours of battery. The Plus will only give you five."

To my eyes, the Notes looked sleek and perfectly attractive. Yet here they were being made to sound a touch mundane. It seemed as if the best the salesman could do was show me how to take a selfie using the stylus and how to launch the edge screen.

Can The Note 10 Plus Replace My Laptop?

Yes, I thought, but what about business use? Surely the Note 10 Plus would offer marvelous opportunities for expanded, productive use.

So I asked: "Is it true that the Plus can replace your laptop for business?"

"All phones can," he replied, as I tried to fight a quizzical expression. "I use my phone for pretty much everything. I guess that the Plus can give you a bigger screen, so that makes it easier to type on."

As I succumbed to looking a touch perplexed, he continued: "To be honest, you'll get a much better value out of the Galaxy S10."

"It's got great speakers and cameras and everything else you'll need," he explained.

"So you're saying that there's nothing about the Note 10 or Note Plus that makes it special?," I wondered.

"Not to justify the price," he replied. "It's just Samsung's way of marketing. They release the S10, then they add a few features for the Note."

"And in your view those features don't add up to much?"

"They don't add up to a $350 difference," he said. "In phones, we've reached a plateau. There's nothing that's really new, so it all comes down to price and whether you want iPhone or Android."

If You Don't Want A Samsung, Buy One Of These.

I asked him about his own phone and he told me he had an iPhone because he preferred its emphasis on security. He did, however, add that if he got a second phone -- and he might for business -- it would be a OnePlus 7.

"OnePlus started in the US, but now it's mostly in, I think, South Korea," he began. And there I was thinking OnePlus was really quite Chinese. Perhaps even very Chinese.

Was that something this salesman was trying to avoid mentioning in our times of toil and trade wars?

Still, his enthusiasm came from his view of OnePlus software. "They took all the best of iOS and designed Android software to be just as simple," he said.

This was all a touch strange, if enjoyable.

It was as if individual T-Mobile salespeople have their own particular enthusiasms. Why, not so long ago, I went into a T-Mobile store to ask about the Pixel 3A and received a glowing portrait of the Galaxy S9.

I veered him back to the Notes, yet he persisted in his belief that even if a stylus was essential to my needs, I should get a Galaxy S10.

"You can just go on Amazon, buy a cheap stylus and use it with the S10," he said.

I remained perturbed that a phone such as the Note wasn't getting a hard -- or even soft -- sell.

"So are you selling many of these Notes?" I asked.

"People who want to show off that they've got the latest phone."