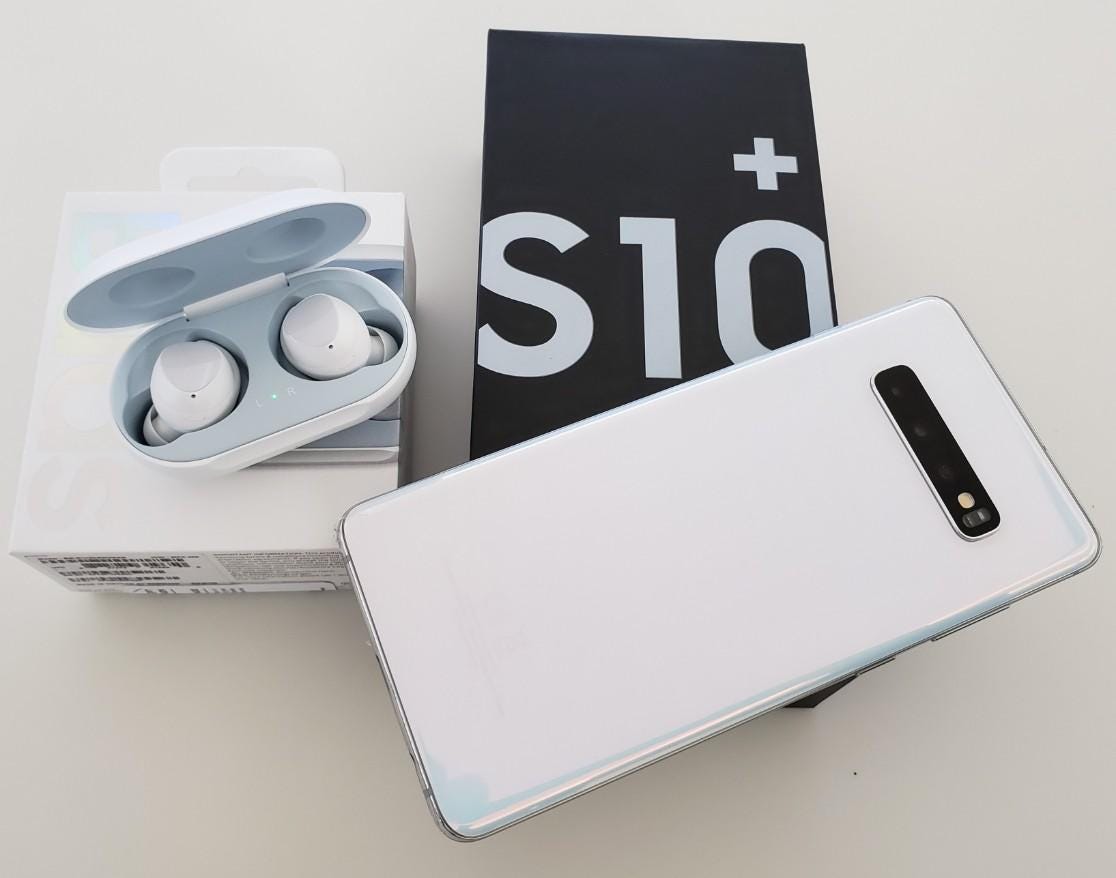 Someone had actually suggested that a phone was selling better than expected. And when that someone was highly regarded analyst Ming-Chi Kuo, I was forced to investigate.

Last week, Kuo reportedly sent out an investor note in which he said he'd raised his Samsung Galaxy S10 shipment estimate by 30 percent.

Why? Because elements such as the phone's ability to charge other phones, its vast array of cameras and its ultrasonic on-screen fingerprint reader were moving hearts, minds and pockets all over the world.

So I went to a couple of Bay Area stores to see if they had witnessed any inklings of this movement.

First, I wandered into a T-Mobile store. I've generally found T-Mobile to have the most polished and talented customer service staff over the last couple of years.

And my wife still proudly clutches her S7. Might I be told something that would so astonish her that the S10 range became a must?

I asked one of the fine T-Mobile salesman what made the S10 enticing. Would he start with the cameras? Or would he go for the democratic charging?

"It's the first ever 5G-enabled phone," he began.

Also: Gasp! The Galaxy S10 has no iPhone-style notch

"5G? How long will that take to happen?"

"We'll have to wait for the Sprint merger to be completed and then we'll have to put up more towers. So, maybe a year."

"So you're suggesting my wife gets a phone that'll be exciting in a year's time?"

He smiled, perhaps knowing that he was reflecting the company line about the merger and its promises of a 5G nirvana.

He quickly slipped into touting the three cameras on the back of the S10. He didn't dwell too long on why anyone might want all these cameras.

Next, he pointed to the screen. "I like how they've got the infinity screen. It's better than the S9, because if you dropped that the curved edge would roll over and make it crack more easily."

Not something I'd ever considered, I admit. But was this phone really all that? He offered me the faster processors and the charm of the democratic charging. He never mentioned the fingerprint sensor.

I sensed, though, that he wasn't himself persuaded as to the phone's magical powers, even though it's clearly a very nice phone. "I'm still not sure about the pinhole camera on the top right," he said. "I've got used to Apple's notch."

I asked him what sort of phone he had.

"I was Android for a very long time, but now I'm on an iPhone 8. The batteries on the Androids always wore out within a year," he said.

He added: "But this S10 should be better. And your wife should upgrade from her S7 very soon because her connection will deteriorate within seven to eight months."

I asked whether he'd seen any signs of increased excitement in the S10.

"I've sold one on pre-order," he admitted.

AT&T. It's the Camera, Stupid. And Have You Got DirecTV?

Off I went to an AT&T store, the place where they've already put 5G on their phones and made T-Mobile laugh.

I'm an AT&T customer, but have enjoyed varying levels of service over the years.

I wafted over to the S10 display and was immediately accosted by a saleswoman. I explained I was thinking of persuading my wife to get an S10.

"Well you'll have to show this fantastic pearl white," she said.

"It looks a little blue to me," I replied, a touch surprised that the color of a phone matters when most people shove them into hideous cases.

My face clearly didn't betray me, as the saleswoman continued, pointing to the S10e: "Unless she likes this pink."

I fear my wife would definitely not like this pink or any other pink, so I quickly asked what (else) was so wonderful about the actual phone.

I so wanted her to share her excitement about 5G.

Instead, she went for the speed and the democratic charging. There's something painfully romantic about the fact that, if my wife had an S10, she's be able to charge my iPhone XR on the go. Yet I wouldn't be able to do the same for her.

"Anyway, let me get you one of our specialists to talk you through more details," the saleswoman said.

Up stepped a very cheery man whose opening gambit was quite shocking: "The S10 is way better than the iPhone XS." He pronounced it Eks-Ess, as so many people do.

"So you're going to get one of these?" I asked.

I digested this as he fed me his spiel. He began with the array of cameras.

He then proceeded to show me how great they were. Well, he tried. Actually, he struggled. In the end, he gave up.

"Look, I'm the Apple expert. The Android guy's over there with customers."

Nevertheless, he persisted. With something of a marginal non-sequitur.

"Have you got DirecTV?" he asked. "We've got a really good deal. And if your wife moved over to AT&T [she's a Verizon customer], she could get free internet."

"No, for life. AT&T just wants her number, so we give the internet away to get it."

This salesman did demonstrate the ultrasonic fingerprint reader. It didn't work, and I'm not sure he knew how to make it work, but he wasn't to be deterred. He ran down a list of specs and insisted they'd make my wife happy.

Ultimately, though, he said: "To be honest, the S10 is the best phone right now, but in six months' time it'll be the iPhone again. That's what these companies do."

I asked whether he'd seen unusual excitement over the S10. I hear, I told him, it's selling really well.

"Yes, I've read articles about that," he said. "So far, I've sold one and the Android specialist has sold two."

My visits were, of course, a mere microcosm.

In neither the T-Mobile nor the AT&T case, however, did the salespeople evince uncontrolled rapture. They were all extremely charming, even if the gentleman at AT&T was slightly over-excitable. So over-excitable that he admitted he had Verizon on his personal phone because the AT&T reception was so poor where he lived.

Perhaps, though, Kuo is right. Perhaps in many markets around the world, especially China, the S10's little touches will create enough surprising excitement to make a difference.

Samsung doesn't have a lot of time, does it? Why, the Galaxy Fold revolution begins April 26.