By Larry Dignan for Between the Lines | November 14, 2021 | Topic: Quantum Computing

The news, announced at IBM Quantum Summit, highlights IBM's hardware progress. Last year, IBM outlined its hardware and software roadmaps. By 2025, IBM is projecting that there will be frictionless quantum computing to enable a broad array of applications that will surpass classical computing.

Quantum computing is a hot market as IonQ shares have been surging amid pacts with Accenture and Softbank. Honeywell Quantum and Cambridge Quantum will combine forces and likely go public. IBM also expects quantum to become a big part of its business over time to build out the ecosystem.

Eagle represents a big step toward scaling quantum computing and is the company's first processor to contain more than 100 qubits, said Bob Sutor, chief quantum exponent at IBM. "Eagle is a punctuation point of where we are and that everything is on track," said Sutor.

IBM has deployed about 50 quantum systems to date with about 20 available via the cloud. IBM also has two quantum systems installed outside of the US. Eagle was manufactured in IBM's own fabrication plant, but Sutor noted that the volumes aren't high. For now, IBM is using its processors on its own systems.

According to IBM, Eagle leverages new techniques that place control components on multiple physical levels while keeping qubits on a single layer. "Building quantum processors is a lot more complicated because of the nature of qubits and how they all need to work together," said Sutor, who added that it's critical to eliminate interference.

The upshot of that Eagle 3D packaging architecture is that more usable qubits can be used. Sutor added that Eagle couldn't be completely simulated on a classical computer.

We had to combine and improve upon techniques developed in previous generations of IBM Quantum processors in order to develop a processorarchitecture including advanced 3D packagingtechniquesthat we're confident can form the backbone ofprocessors up to and including our planned 1000+ qubit Condor processor. Eagle is based upon our heavy-hexagonal qubit layout asdebuted with our Falcon processor, where qubits connect witheithertwo or three neighbors as ifsitting upon the edges and corners of tessellated hexagons.This particular connectivity decreased the potential for errors caused by interactions between neighboring qubits-providing significant boosts in yielding functional processors.

Eagle will be made available to select members of the IBM Quantum Network in December. Here's a look at Eagle unstacked.

This Quantum System Two architecture enables customers to manipulate and test portions of the system without affecting the entire setup. The latest quantum system from IBM will be up and running in 2023 at IBM Research.

On the modularity of Quantum System Two, IBM said:

With this system, we're giving flexibility to our hardware to continue to increase the scale of our chips. The team is taking a holistic systems approach to understand the necessary resources to support not only our upcoming Osprey and Condor processors, but also quantum processors into the future as we continue to progress along our hardware roadmap. System Two incorporates a new generation of scalable qubit control electronics together with higher-density cryogenic components and cabling. Furthermore, we are working jointly with Bluefors Cryogenics to re-imagine the cryogenic platform. Bluefors' new Kide Cryogenic platform and its hexagonal footprint optimizes space inside of the fridge in order to accommodate increased support hardware required by larger processors, while ensuring that engineers can easily access and service the hardware inside the fridge.

"We learned a lot of techniques and methodology from having other people install and support remote systems," said Sutor. "It's similar to how NASA has had to instruct astronauts in space to make repairs." 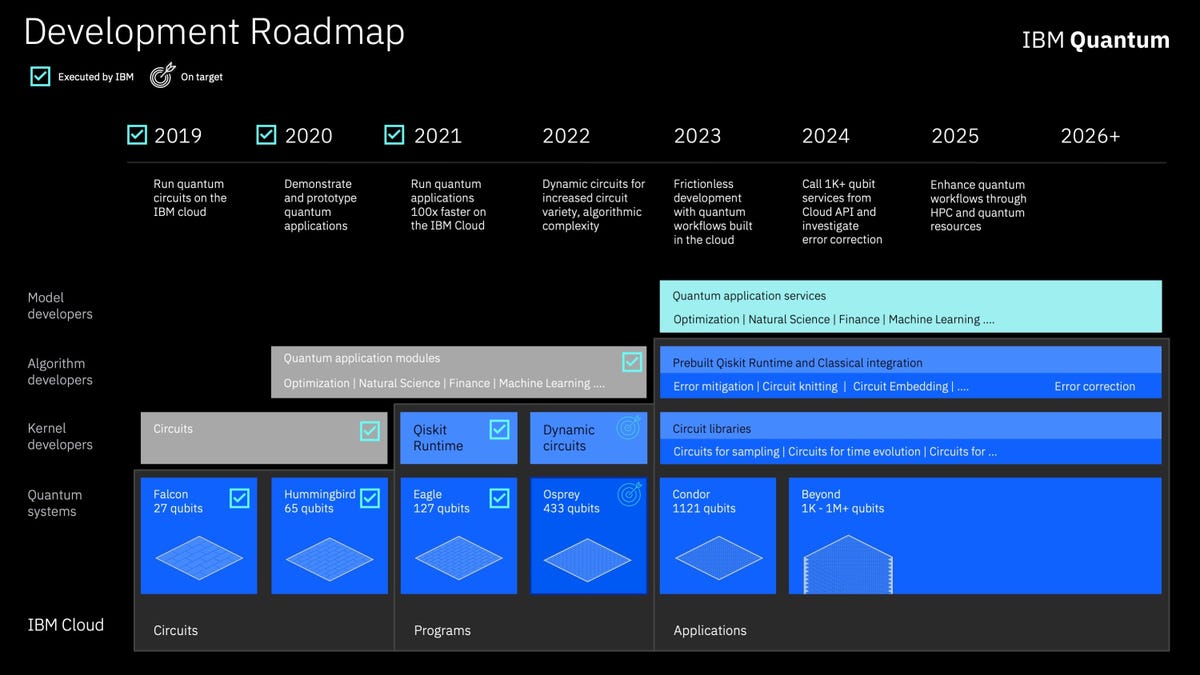