Inside the latest Martian robot

Lucy Condakchian of SSL gives us the scoop on how her team designed the robotic arm that is about to dig into Mars.
Written by Kelly McSweeney, Contributor on Nov. 30, 2018 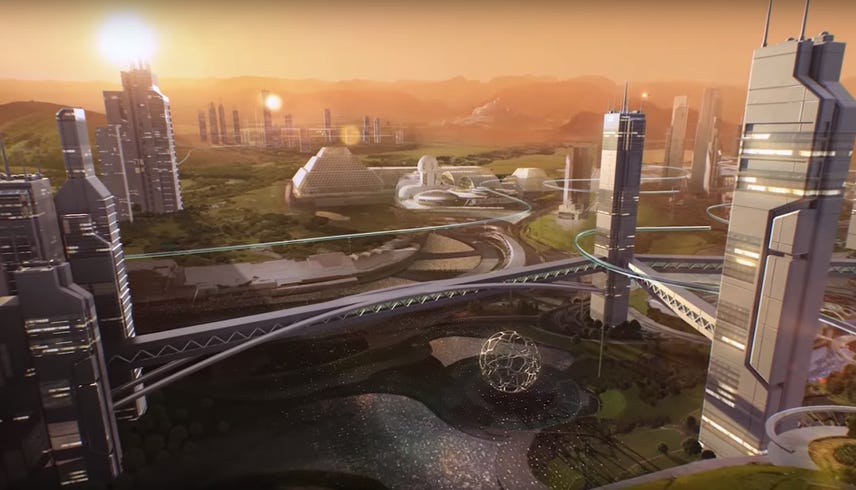 This week on Mars, NASA's InSight lander is slowly stretching its lanky robotic arm after a nearly seven-month, 300-million-mile journey from Earth. Soon, it will dig into the Martian subsurface to uncover information about how the formed more than four billion years ago. InSight's instruments will grind away at layers of rock, take microscopic images, and collect rock and soil samples for elemental analysis. The mission's findings could help scientists understand the early days of not only Mars, but also Earth and other rocky planets.

We spoke with Lucy Condakchian of SSL, who lead the development of the robotic arm, to find out what it's like to design robots for Mars. The robot had to be strong enough to bore deeper into the red planet's surface than ever, resilient against the extreme temperatures and troublesome dust, and as lightweight as possible, to minimize InSight's fuel requirements.

InSight successfully landed on Mars on Nov. 26 and then spent the next few days unfurling the lander's solar panels, which provide power to the batteries and enable the robotic arm to work. During the voyage, the arm was tucked away, folded over onto itself and secured in place with small locks that kept it in position during launch, entry, descent, and landing. On Nov. 29, the robotic arm began to unfurl, starting with the baby step of loosening the grapple.

Now, over the new few days, locks will be released and the arm will be removed from the stowed position. Then, according to Condakchian, operators at NASA's Jet Propulsion Laboratory (JPL) will move the robotic arm around and practice the robotic activity. In a few weeks, she says, they will then pick up the seismometer, which can sense Marsquakes in action, and place it on the surface of mars. Next, the robot will place a wind and thermal shield on top of the seismometer, and then the third operation is take out the heat flow probe.

Condakchian explains, "It's like a mole. It will dig down deep into the surface of Mars and assess the thermoconductivity of the soil there."

The robot is mostly controlled through scripted activities (such as a "pick up the seismometer" script) that an operator from Earth will runt to do a specific activity, but other motions could also be performed with AI.

The arm is made of long white tubes that seem like they could easily be whisked away by a Martian dust storm, but they are actually made of composite materials, which are deceptively strong.

"Composites can be extremely lightweight and seem like they're very thin and not as sturdy and robust as you might expect," says Condakchian, "but [the robotic arm] is by no means flimsy or weak." She says it is actually quite capable and sturdy, while still being mobile enough to go into in any position that the scientists will need.

This is the fifth robotic arm that SSL has developed for NASA, and Condakchian says her team has incorporated many lessons learned throughout the years of developing robotic arms for Mars.

She says, "The dusty environment on Mars really requires intentional design to ensure that you are protecting those joints, those moving elements of the robotic arm or the mechanism you're sending up there, so that it can withstand the life and the duration of the mission."

Each mission has its own objectives and requirements, and this one had to be especially lightweight. While robots are typically made of mostly metal, SSL incorporated something new for some elements of this arm-space-grade plastics.

Every tiny detail of the robot was analyzed and tested to withstand the rough Martian environment. For the dust protection, SSL designed a labyrinth seal.

"Imagine a labyrinth which has different chambers," Condakchian says, "so that we can still see the parts moving, but it just makes it extremely difficult for the dust particles to be able to make their way into the guts of the moving components."

Engineers also had to consider the coatings on the robotic arm, which were selected not only to protect the robot, but also to ensure that there wouldn't be a glare from the reflection of the sun when the camera takes images of the surface of Mars.

All the components-motors, actuators, grease, adhesives, metallics, and lubricants-were specifically selected to withstand the extreme Martian temperatures, which fluctuate dramatically because of the planet's thin atmosphere.

Condakchian says, "We have to design to a very large temperature range. We're talking negative 70 degrees Celsius to all the way to a +100 degrees Celsius [-158 - 212 degrees Fahrenheit]." Every component has to be able to survive the frigid Martian nighttime and then be able to heat itself up and move around in the morning.

The robot was rigorously tested on Earth in a thermal vacuum chamber, a temperature environment, and a pressure environment at testing facilities and at JPL's "Marscape" testing site. But if something unexpected does go wrong, there's really no way to repair the robot from 300-million miles away.

No matter what happens next, just getting the robot this far is an exciting milestone in space exploration. "We are just exploring Mars," Condakchian says. "We are excited to learn as much as we can about the planet and therefore, even encountering something unexpected is another learning opportunity to improve our design for the March 2020 robotic arm that we're developing."

Asteroids, spaceships and dinosaurs: Everything you need to know about NASA's DART mission

Asteroids, spaceships and dinosaurs: Everything you need to know about NASA's DART mission