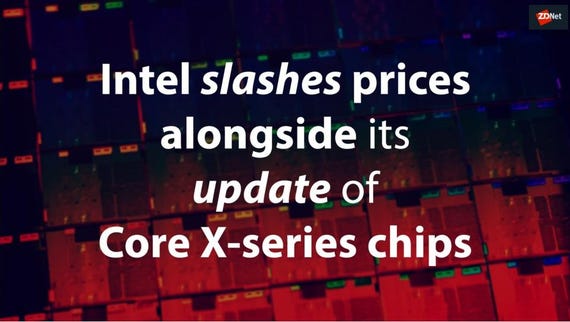 Intel has filed an antitrust lawsuit against Fortress Investment Group, alleging that the company is violating antitrust rules in patent infringement claims.

Filed in the Northern District of California, as reported by Bloomberg Law, Intel claims that while Fortress calls itself a "leading, highly diversified global investment manager" with roughly $39.2 billion in assets under its umbrella, "one way in which Fortress has tried to turn around its performance and justify SoftBank's investment in it is through increased speculation on patent assertions."

Japanese conglomerate SoftBank acquired Fortress in 2017 for $3.3 billion. Before the deal closed, Fortress experienced financial issues and its share price plummeted from an average of $35 to roughly $5 per share during the same year.

According to Intel's complaint, Fortress has invested heavily in patent aggregation entities (PAEs) to "aggregate a massive portfolio of patents that purportedly read on high-tech consumer and enterprise electronic devices and components or software," and acts as the "puppeteer" for PAEs targeting companies with patent license claims to generate revenue.

In particular, Intel alleges that Fortress and its PAEs focus on patents considered inherently weak and those that never would have been realistically enforced by their original owners.

This tactic, the lawsuit claims, is employed to "stretch the resources of their targets and increase the possibility that those weak patents will improperly be found valid and infringed or the prospect that a target (like Intel) will agree to a license to resolve the threat posed."

Eight patents acquired from NXP Semiconductors, for example, formed the basis for a PAE to launch a lawsuit against Intel in October 2017, against "virtually every one of Intel's microprocessors ever sold since 2011," according to court documents.

Other technology vendors apparently targeted through Fortress and its "web" of PAEs include Apple, Google, ZTE, Netflix, and Hulu.

Intel says that in its case alone, millions of dollars have been spent fighting off Fortress and associated PAE litigation, and the company has also been "harmed" due to the amount of time employees have had to spend on each lawsuit.

The company is seeking damages, expenses, and the cancellation of patents believed to in violation of antitrust laws.

Fortress Managing Director Gordon Runté told Bloomberg Law that the company is "confident in our business practices and our legal position and view this lawsuit as meritless, but we don't comment on the specifics of litigation matters."

Earlier this month, Intel announced the acquisition of the Smart Edge platform from Pivot Technology. The edge computing system, built to run on Intel Xeon Scalable processors, is intended to further the tech giant's goals in the 5G space.