Full Bio
Posted in Between the Lines on December 9, 2020 | Topic: Data Centers

IonQ, a quantum computing startup, outlined a roadmap where it will be able to network smaller quantum systems together as it introduced a new metric, Algorithmic Qubits.

For IonQ, the typical Quantum Volume metrics, introduced by IBM, isn't going to cut it in the long run. IonQ's take is that quantum volume as a metric will be unusable soon as quantum computers will have numbers too large to fit on a screen.

In a blog post, IonQ CEO Peter Chapman said using Quantum Volume as a metric is like buying processors based on the number of transistors. Samsung's Catalyst Fund is an investor in IonQ.

We introduce Algorithmic Qubits (AQ), which is defined as the largest number of effectively perfect qubits you can deploy for a typical quantum program. It's a similar idea to Quantum Volume but takes error-correction into account and has a clear, direct relationship to qubit count. In the absence of error-correction encoding, AQ = log2(QV), or inversely, QV = 2AQ. AQ represents the number of "useful" encoded qubits in a particular quantum computer and is a simple proxy for the ability to execute real quantum algorithms for a given input size.

The general theme from IonQ is that a focus on quality of quantum logic gate operations will make the systems more scalable and mainstream. It will be interesting to see how other vendors react to AQ, but the squabbles over metrics highlight how the industry is in its infancy.  Honeywell recently outlined its quantum systems and there are a bevy of players including Google, IBM and its System Q, Microsoft, Intel, AWS and others chasing commercialization in some form.

IonQ said it will deploy modular quantum computers small enough to be networked together in a data center. By 2025, Chapman said IonQ will reach broad quantum advantage. 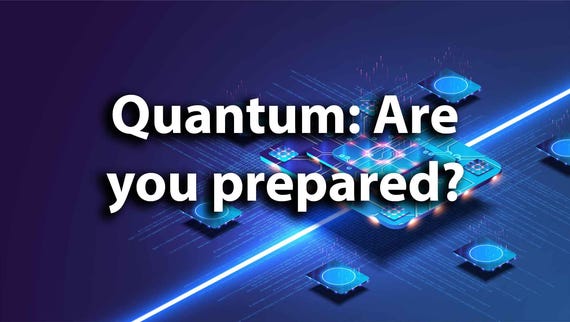 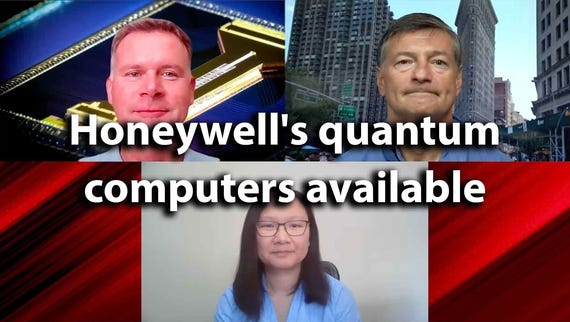