iOS 12 beta: Should you run it? Is it faster than iOS 11? Will it break your iPhone?

I took the iOS 12 beta for a test drive so you don't have to do it.
Written by Adrian Kingsley-Hughes, Contributing Writer on June 11, 2018 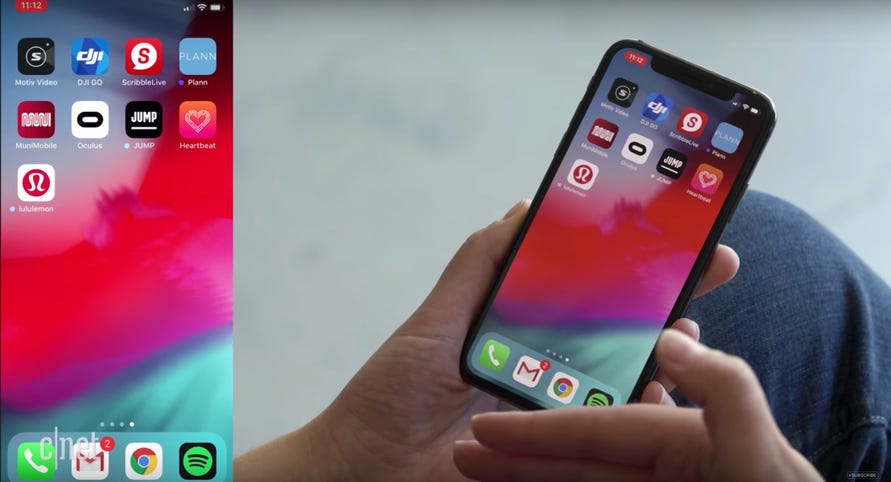 I'm getting a lot of questions about the iOS 12 beta. Let me answer some of them here.

Q: There's a hack floating around the internet on how to get the iOS 12 beta today. Does it work? Is it safe?

A: I presume you mean this (or something similar). I can confirm that those tricks do work, and don't seem to do anything nefarious. But as to whether you should do it or not, that's down to you. If in doubt, sign up for the paid developer program, or wait for the public beta.

A: It's a beta, so I expect instabilities and for things to be broken. That said, so far I'm not finding it to be too bad for such an early beta. But if you're expecting iOS 11 levels of stability at this stage, forget it.

Q: Has Apple fixed the screen lags and flickers?

Q: On older hardware, how would you rate performance?

A: On a zero to 10 scale, going from unbearable to awesome, I'd have to say that the iOS 12 beta hovers around a 2 now, whereas the same hardware running iOS 11 felt closer to a 4 or 5.

A: I hate to comment on performance in such an early beta, but since Apple bought this up at WWDC 2018 last week, I'll make some broad comments.

A: Grouped notifications on the lock screen.

Q: Has Screen Time helped you reduce on notifications or changed the way you use your iPhone?

A: I've got my notifications pretty locked down already to the point where about 90 percent are things I actually want to see a notifications for, so while there's room for tightening them up, I don't think it's that's great. As for changing the way I use my iPhone, I don't consider myself a "normal user," and as such don't think I'm the best person to comment on this.

A: If you've got an older iPhone you can throw it onto to play with, why not. If your only iPhone is also your daily driver, then I'd say if you have to ask that sort of question, my answer is going to be a resounding "no." At least wait for the public beta.

A: I got some many questions like this, and the best answer that I can give at this stage is that in terms of iOS bugs, iOS 12 doesn't seem to move the ball forward that much compared to the latest iOS 11 release.

iOS 11.4.1 tips, tricks, and secrets everyone should know