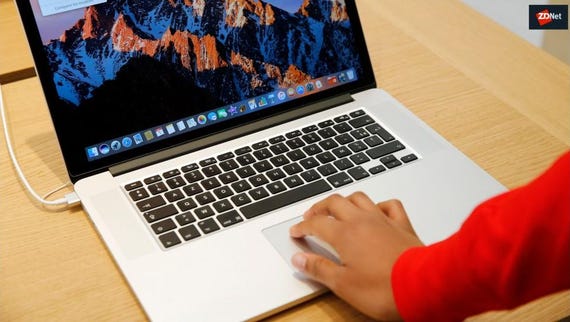 After four years of failing to fix the MacBook's dust-prone 'butterfly' keyboard mechanism, Apple is reportedly giving up on the design and returning to the original scissor switch.

Apple introduced the fancy keyboard design with less key travel in 2015, as part of its broader strategy to produce thinner keyboards and slim down its laptops.

The problem is that specks of dust or crumbs easily prevent the keys from working. Since then it's tried various fixes, such as a silicon layer under the keys, but nothing has fully resolved issues that didn't exist with its older scissor-switch mechanism.

Despite widespread complaints, Apple never publicly acknowledged the pain it caused users until the Wall Street Journal's Joanna Stern posted a hilarious and blistering assessment of the MacBook Pro's keyboard.

Even then, Apple only conceded that a "small number of users" were having this issue with its third attempt at its butterfly keyboard.

Personally, I have troubles pressing different keys on a daily basis with a 2018 model MacBook Pro, depending on which keys have a speck of dirt caught beneath them. This problem never happened on a 2015 MacBook Air. Apple watcher John Gruber called the keyboard the "worst" product in Apple's history and one that is ruining the MacBook brand.

"There have been successful developments in the new scissor keyboard. The new keyboard could improve the typing experience by offering longer key travel and durability by adopting glass fiber to reinforce the keys' structure," wrote Kuo.

Following the MacBook Air, Apple reportedly plans to introduce the new keyboard to the MacBook Pro in a 2020 release.

Kuo is both upbeat about MacBook sales growth after the switch and thinks most consumers don't even notice the difference in thinness that the butterfly keyboard enabled.

"Furthermore, the new scissor keyboard could offer a better user experience and benefit Apple's profits; therefore, we predict that the butterfly keyboard may finally disappear in the long term."

Fingers-crossed it does and that Apple never inflicts this design on consumers who pay a premium for MacBooks that they once correctly expected to 'just work'.