It’s all about the ports: What Apple needs to change now that Jony Ive is gone

We asked our social media followers what Apple needs to change now that Ive is out of the picture. Nearly universally, the answer was "ports."
Written by David Gewirtz, Senior Contributing Editor on Feb. 20, 2020 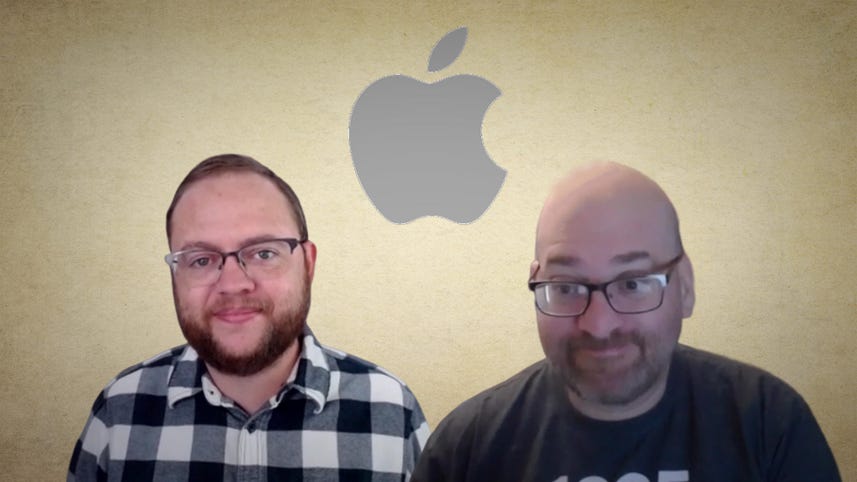 For those of you not familiar with the name Jony Ive, let me bring you up to date. Sir Jonathan Paul Ive was Apple's design czar for pretty much all of Apple's modern era -- beginning in the early days of the iMac, all the way up to late 2019 when he left the company to become chancellor of Royal College of Art. He was all about reducing, slimming, and decluttering Apple's look, which many believe led to some of Apple's excesses in putting form over function.

My 2015 i5-based MacBook Pro may be a little underpowered for what I need, but one thing it has going for it is ports. I was thinking about that -- and Sir Jony -- as I inserted one of my many SD cards into the slot of the very last MacBook Pro model to include one and loaded some files destined for a 3D printer onto it.

I was also thinking that after two years of troubling MacBook Pro designs, the new 16-inch MacBook Pro finally removes many annoyances, including fixing the keyboard and giving users back their Escape key. I started wondering if this is a sign that the Ive-infused minimalism might be going the way of skeuomorphic design.

To that end, I reached out on Twitter and Facebook to ask, "Can you think of anything Apple can fix in its products now that Jony Ive is gone?"

Every answer was about ports. Users would be a lot happier if Apple stopped eliminating critically needed ports from its products. It seems clear, at least from the small flood of Twitter and Facebook responses I received, that most users have one remaining big beef with Apple, and that's ports.

Here's what my social media followers told me.

Let's start with the SD card slot everyone misses. As ports go, this is incredibly useful for transferring photos from cameras, but it also has its uses with 3D printers, drones, and many other devices we use in concert with the computer, especially when we're on the go.

In a theme that's likely to become a drumbeat in this article, users don't enjoy dongles. Requiring a dongle to read SD cards is annoying on computers situated on a desk. But on mobile devices like the MacBook Pro and Air, every added piece you have to carry is one you might forget or lose.

Sure, there are Thunderbolt and USB C monitors. I have one. But there are a lot more HDMI monitors and TVs out there that would work just fine as external monitors -- except for the lack of an HDMI port on the laptop.

To be fair, not everyone connects their MacBook Pro to an external monitor. Some of us find those little 13-inch, 15-inch, and 16-inch screens to be barely tolerable for many tasks, including video editing and programming.

Being able to easily hook up an external monitor -- virtually any external monitor or TV with HDMI -- would be nice, especially if dongles weren't required. Dongles get lost and sometimes interfere with the quality of the signal.

Look, can we be honest here? USB 3.0 to UCB C and Thunderbolt dongles are notoriously unreliable. It's not just that they're annoying. It's that they can cause data loss and all sorts of other inconveniences.

Sure, many of us may use Thunderbolt-equipped devices, but USB 3.0 is still a universal standard, especially since it also provides plug-compatibility for USB 2 and 1-based devices.

If the new Mac mini can support both USB 3.0 and USB C/Thunderbolt, why can't MacBook Pros? It's not a matter of design aesthetic. Folks need a reliable connection to USB 3.0 devices to get their jobs done.

The MagSafe and MagSafe 2 connectors were, perhaps, the most fundamentally useful connectors Apple ever designed. The served a very specific purpose, and they admirably accomplished that purpose.

There are probably thousands of Apple laptops still in service because the MagSafe connector detached after a clumsy cable mishap, rather than the cable dragging the device to the floor or breaking a connector off in the computer.

Yes, there were issues with keeping the MagSafe connector connected, but it pales in comparison to the benefits. MagSafe is sorely missed.

Yes, I know. We've been down this road before. And even though I'm still a loud, active proponent of the headphone jack, I thought most users had accepted the inevitability of a jack-less future.

Not so much. A number of my social media correspondents complained about the lack of the jack. It's not only because you could power the phone and use unpowered headphones at the same time, but it's also because the jack connected to a variety of filming and video features, like boom mics and wireless mics.

The headphone jack had utility, and many users haven't yet given up their grudge over losing that resource.

OK, so this is just a rumor. Actually, two rumors. One is that Apple is going to replace the Lightning port on the iPhone with a USB C port like it has with the iPads. Oddly enough for Apple, this port change makes sense. Standardizing charging ports is good for everyone. None of my correspondents complained about this rumor.

But the other rumor? That one got complaints. The theory is that Apple is planning on removing the charging port entirely. It's hard to stress just how bad an idea this is. It would prevent using the phone while charging. Sure, it might be possible to get a special charging case back that charges the phone while in use, but then you're trading a simple cord and port for a hot, bulky back -- and a cord and a port.

My readers were none too happy about this idea and who can blame them?

Do you know what makes the Magic Mouse so magical? It takes magical thinking to imagine placing a charging port on the bottom of the mouse is a good idea.

Yet, Apple still ships these things. Why, oh why wouldn't Apple have placed a charging point on the nose of the mouse, like everyone else does? Why make it possible to use a mouse while charging it? Oh, I know. It's Apple.

Apple complaints boil down to ports

Now that the horrendous butterfly keyboard seems to be on the way out, it's looking like the biggest pain point for Apple isn't price, it's ports.

Now that Jony Ive isn't advocating any color as long as its white and any functionality as long as it's thin, perhaps Apple might consider designing its products to remove user pain instead of merely appealing to an overly minimalist design aesthetic. Whatever you may think about the ports, Ive is an amazing designer and was a key player in Apple's rise to prominence. It won't be the same without him.

Nah. It's Apple, after all. Next, they'll take away all the Thunderbolt 3 ports. Just you wait.

What do you think? Do you agree with my correspondents that ports are what Apple most needs to fix? Or do you agree with Phil Schiller that it took courage to remove the headphone jack? Let us know in the comments below.

The 5 best graphic design monitors of 2022

The 5 best graphic design monitors of 2022