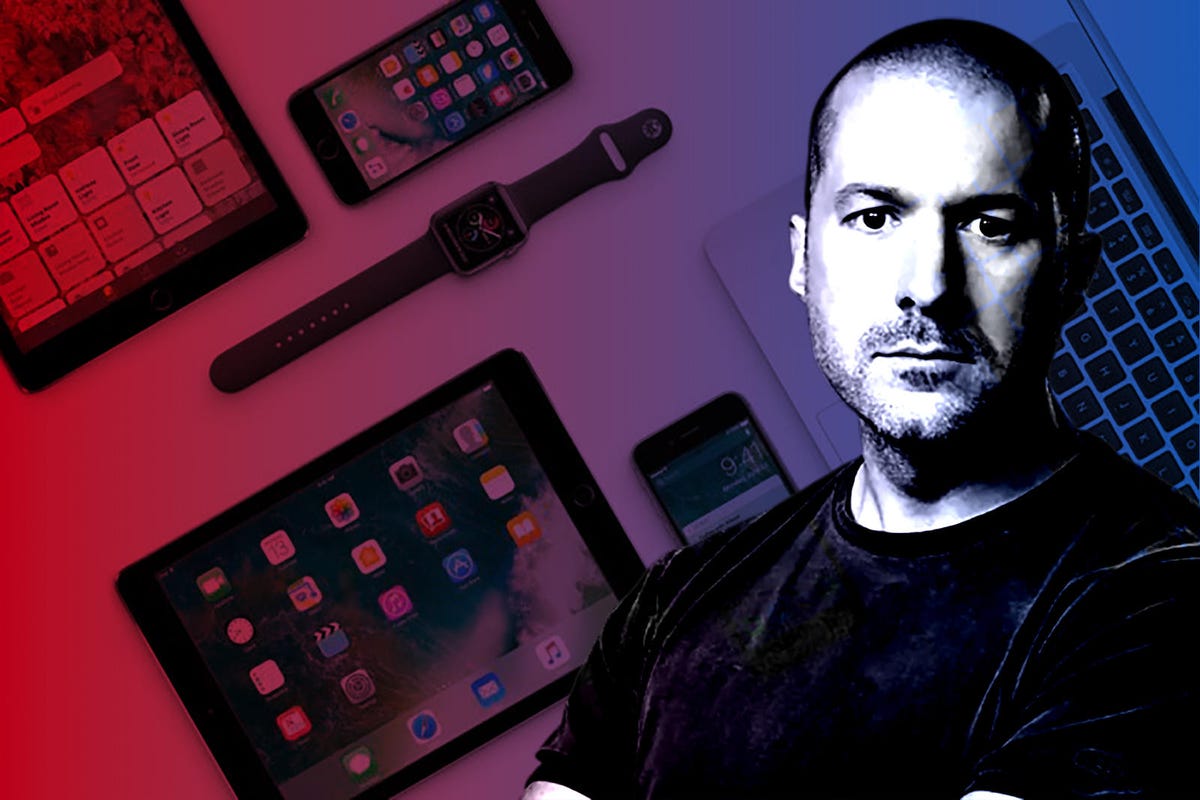 It all started with Henry Kissinger.

In a 1999 Apple video to launch the Power Macintosh G3, there was a man with a lot of hair and a remarkable resemblance to current Tottenham Hotspur soccer coach and Champions League finalist Mauricio Pocchetino.

Then, Jony Ive's title was VP of industrial design.

Now, as Ive departs the Apple cart and leaves upset in his wake -- in tech hearts and on heartless Wall Street -- he can be seen as one of the two people who ushered in the notion that Apple products look lovely and just work.

That video, however, began with these words from Kissinger: "Power is the greatest aphrodisiac."

For Ive, it was clear even then that design was the greatest aphrodisiac.

"Designing an object that elicits the reaction, 'I really want that' is enormously fun," he said.

Enormously fun. That's British for "I'm just so excited and I love doing this to death."

And when you don't have to read a 100-page manual to grasp how that object works, then it's not a mere one-night stand. It's a relationship.

You know the best relationships are the ones that just work. Ive, working in cafes with Steve Jobs, proved that desire and functional compatibility could be achieved.

"The computer absolutely can be sexy," Ive purred in the video. "Yeah, it can."

Ive proved this with a succession of products -- iPod and iPhone, are just two examples -- that owned sexiness while actually working.

You could put either of these devices in a room or on a bar and they attracted stares. They spoke for you and they did things for you that you never thought a small gadget could.

Even before these, seeing an iMac in an office said something about the management of that office and about the people who worked there.

The first time someone put one on my desk, I stared at it for quite a while before actually poking it.

This was a triumph beyond measure, now a little diluted only because we've become blasé about gadgets.

It's easy, of course, to conclude that, after Jobs's death, Ive lost a little of his enthusiasm. Perhaps the design of Apple's Spaceship headquarters was his last homage to a man whose emotional imprint on technology was unrivaled.

Now rumors emerge that Ive only came to Apple a couple of days a week.

In these latter years, would he have described the iPhone X's notch as sexy?

When ugly turns to normal, perhaps it's time to leave the stage and do your own thing.

Of course, Apple's most painful recent debacle is the MacBook keyboard, a monument to incompetence. Some, though, say it's also a monument to Ive's obsession with making everything thinner and lighter.

It's not a fine note on which to depart.

Now, new people are in charge. But, as noted Apple commentator John Gruber observed, they don't even report to Tim Cook. Instead, their boss is now the head of operations.

Because that's what Apple has become. A big operation where taking the time to make things thinner and more beautiful has slowly receded in favor of the greater demands of, well, what? Power? Or perhaps software.

As more of Apple's profits come from services, how much longer will hardware hold primacy? Does it even hold primacy now?

These days, people want the software to just work, while the hardware makes compromises to let that happen.