KT will own a 10% stake in Hyundai Robotics and co-develop intelligent service robots.
Written by Cho Mu-Hyun, Contributing Writer on June 15, 2020 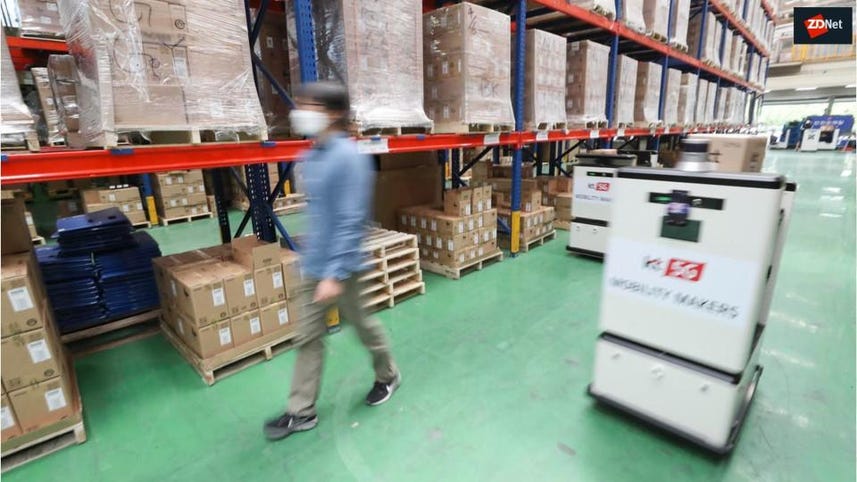 South Korean telco KT will invest 50 billion won ($41.4 million) into Hyundai Robotics for a 10% stake, the company said on Tuesday.

The two companies will collaborate to co-develop intelligent service robots and perform research in the areas of automation and smart factories, the telco said.

Hyundai Robotics was formed in May this year. Previously, it was the robotics business unit of Hyundai Heavy Industries Group.

KT will oversee the design and automation software aspects of the service robots while Hyundai Robotics will focus on the hardware and manufacturing aspects.

The robots that are in development are aimed at providing delivery, cleaning, and security services at hotels and restaurants.

KT and Hyundai Robotics also have plans to develop industrial robots that can operate at factories and large stores, they added. In these smart factory applications, KT will provide its network and cloud resources while Hyundai will provide its automation solutions, such as its robot management systems.

KT will also form a collaboration committee with Hyundai Robotics' parent company, Hyundai Heavy Industries Group, to discuss potential joint projects with the group's other affiliates in the area of digital transformation.

In the past year, the telco has been delving into robotics as a new area for growth. It deployed autonomous carts, co-developed with local robot maker Twinny, at its smartphone warehouses last month. Prior to that, KT also launched a service robot in a hotel in Seoul.

KT is also collaborating with LG Electronics to develop an artificial intelligence-based pandemic prevention model in light of the recent COVID-19 pandemic.

Roaming and smartphone earnings were negatively affected by COVID-19, but the telco saw growth in 5G and content.

KT has succeeded in data transfer between its 5G network and a satellite 36,000 kilometres away.

A GlobalData report predicts a steep drop in mobile and fixed voice revenue will drag down overall segment growth.

Samsung
Yes, robots have taken over (So why don't we care?)

AI & Robotics
How to integrate Google Drive into Slack