A new study looks at growing use of AI, IoT, blockchain, edge computing, and other areas.
Written by Bob Violino, Contributor on Oct. 10, 2018 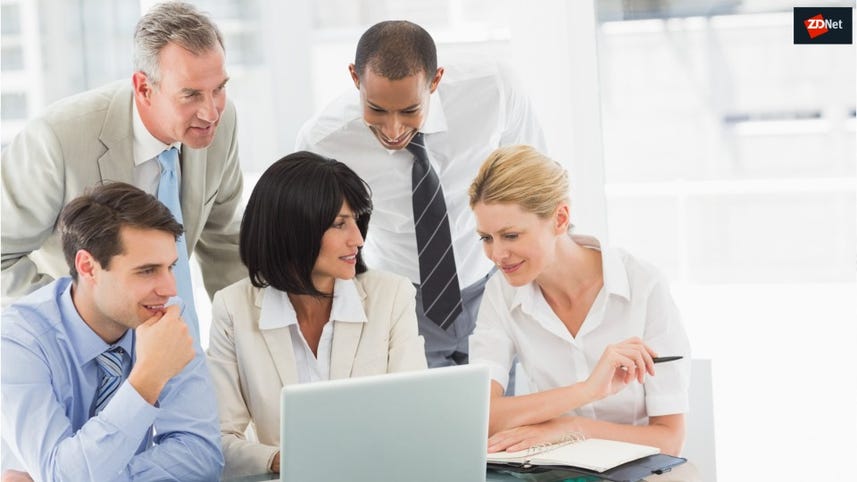 Adoption rates of emerging technologies in large enterprises are up to 10 times higher than in small businesses, and by 2020, 86 percent of companies with more than 5,000 employees plan to adopt Internet of Things (IoT) tools, 65 percent plan to deploy edge computing, 64 percent artificial intelligence(AI), and 56 percent blockchain-enabled technology.

That's according to a newly released report from IT marketplace Spiceworks, which is based on a survey of 780 IT decision makers in North America and Europe conducted in July 2018.

Because larger organizations are more likely to increase IT budgets in 2019, the study said, the findings indicate they're able to simultaneously upgrade outdated infrastructure, implement the latest security products, and invest in innovate technologies.

"Larger companies have more resources and manpower to dedicate towards testing, deploying, and managing emerging technologies," said Peter Tsai, senior technology analyst at Spiceworks. "On the other hand, small businesses aren't increasing IT budgets at the same rate as large enterprises, so they're focusing their limited resources on more immediate concerns, such as refreshing aging and potentially out-of-support infrastructure, software, and services."

As a result, many smaller companies are putting off adopting emerging technology until it is proven to have a significant impact in the workplace, Tsai said.

More than one-third of organizations (37 percent) currently use IT automation, 36 percent use gigabit Wi-Fi networking, and 27 percent use IoT technology, according to the study. By 2020, these figures are expected to jump to 58 percent, 61 percent, and 48 percent, respectively.

With the exception of large enterprises, even fewer companies have adopted virtual reality, artificial intelligence, or blockchain-enabled technology.

As with other emerging technology trends, larger enterprises are adopting most emerging security technologies at a higher rate than smaller organizations, the Spiceworks report said.

Financial services firms are the earliest adopters of most emerging technologies while government is among the laggard, the study said. For example, the financial services industry has the highest current adoption of IT automation, serverless computing, AI, and blockchain technology. Conversely, government organizations have the lowest adoption rates for most of the emerging technologies, including IoT, edge computing, AI, and blockchain technology.

Among emerging technology trends, 41 percent of IT decision makers predict IT automation technologies will have the biggest impact on their business, while about 30 percent think IoT technology and gigabit Wi-Fi networking will make the biggest mark.

'Tantalizing' advancements in emerging technologies on tap for 2018

New report says many are focused on web and mobile, but not on advanced offerings such as machine learning and artificial intelligence.

You can't afford to wait and see with emerging tech