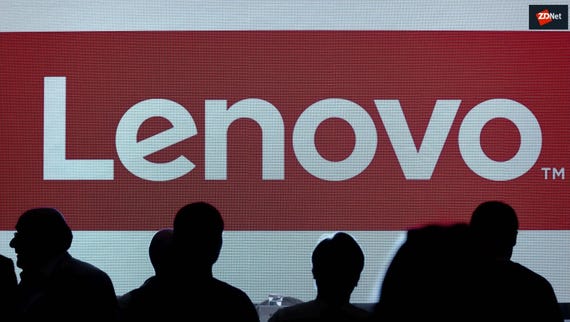 Lenovo has revealed its latest range of business-targeted ThinkPad laptops with a focus on always-on, high-speed connectivity, alongside a new low-cost Chromebook for frontline workers.

The ThinkPad T490 is designed to offer up to gigabit wireless connectivity while on the move and the best possible signal strength via its CAT16 LTE-A support with the 4x4 UltraConnect antenna configuration.

The ThinkPad T490s, X390 and X390 Yoga also feature new Intel Wi-Fi 6 Gig+ technology, offering gigabit data transfer when connected to suitable Wi-Fi networks, alongside Bluetooth 5.1. For when Wi-Fi isn't available, each of the new ThinkPads is also available with an optional LTE-A Wireless WAN offering data transfer speeds of up to one gigabit.

Lenovo has also improved security on the new machines, offering the Match-on-Chip fingerprint reader that ensures the biometric image never leaves the chip, the ThinkShutter physical camera cover, and ThinkPad PrivacyGuard that activates screen privacy at the touch of a button. PrivacyGuard isn't available on the T590 and X390 Yoga.

The ThinkPad BIOS has also been overhauled for security, with a new GUI, the ability for admins to set remote supervisor or privileged access passwords, settings to restrict port access and delete data using Secure Wipe, and a 'self-healing' BIOS that can revert to a known good backup copy in the event of BIOS corruption or a malicious attack.

Hardware-wise the machines will run on the latest 8th generation Intel Core processors and offer dual-microphones with four meter far-field performance for better sound quality during VOIP calls. The T series is also available with a HDR display with Dolby Vision, while the T490s and T490 are also available with a low-power 400-nits FHD screen.

It said the new Lenovo 14w and 14e Chromebooks had been built to handle the wear and tear of the shop or factory floor, as well as sporting batteries designed to last each day.

The Lenovo 14w runs Windows 10 Pro, packs a AMD A6-9220c performance processor and a 14-inch FHD with IPS touch display. It is 17.7mm thick and weighs 3.39lbs, with an aluminum top cover, spill-proof and backlit keyboard, and 57 Whr battery.

The Lenovo 14e Chromebook runs on an AMD A4-9120c performance processors and has a 14-inch FHD with IPS touch display. It is 17.7mm thick and weighs 3.27lbs, with an aluminum top cover, spill-proof and backlit keyboard, and 57 Whr battery.

Internet of Things: Lenovo's new edge server isn't much bigger than a notebook

MWC 2019: :Lenovo's ThinkSystem SE350 is a purpose-built server designed to live on the edge of the network.

Best 2-in-1 laptops, convertibles, and hybrid laptops for business 2018

2-in-1 devices that can function as laptops or tablets are a growing segment of the PC market. But which type and model of hybrid laptop should you buy? We explore the options and list some of the best.

The ThinkPad T490 Healthcare Edition is the first of the 2019 ThinkPad series to be announced, and shows off features potentially present in other ThinkPads this year.

Qualcomm has paired its second-generation 5G modem, the X55, with its 8cx PC chip.