It plans to quadruple the size of the business over the next few years.
Written by Aimee Chanthadavong, Contributor on Aug. 13, 2019 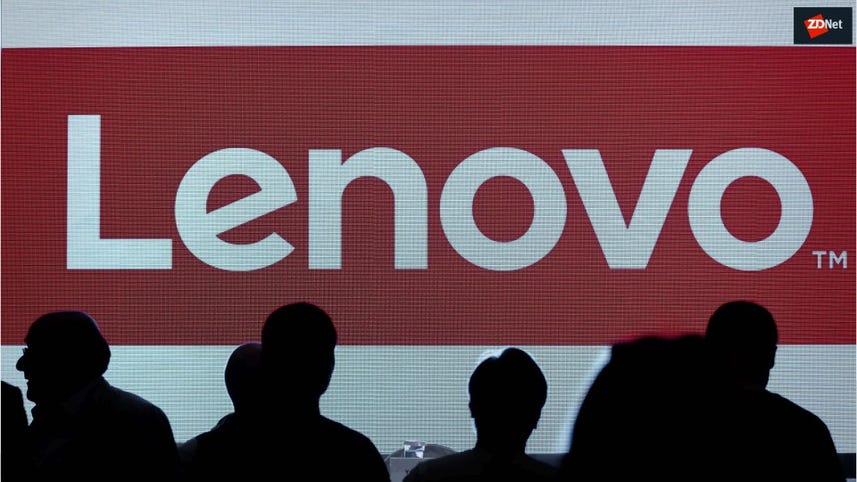 Chinese PC maker Lenovo is on a mission to address what it believes is a huge opportunity in the market: To become one of the top three global players in the data centre market.

"In the data centre market when you use the broader definition, which includes storage and networking, we're somewhere in the top 10, but we're not in top three and so that's a huge opportunity we want to address," the company's data centre group chief customer officer Wilfredo Sotolongo told ZDNet during his visit to Australia this week.

The company has been working to achieve this goal since it acquired IBM's x86 server business in 2014. It's now at a point where it's reached a more solid footing, giving Lenovo the confidence to lay out ambitious plans to scale its data centre group to become the world's largest hyperscale infrastructure provider.

Sotolongo said the main motivator is driven by the size of the hyperscale market.

"Hyerscale is about becoming more relevant ...You cannot ignore hyperscale, which currently makes up a quarter of the market and will grow to the 40-50%. So, the motivator was very simple: We wanted to be participate in much of the market as we can," he said.

Sotolongo explained this goal means Lenovo would need to "triple or quadruple the [data centre] business" and part of that strategy involves not being "tied up to a particular technology".

"We work with all major providers, VMware, Nutanix, and we have a large relationship with NetApp," he said.

He added that this is the reason why Lenovo, despite being a Chinese company, has not been caught up in any political rifts, which other Chinese companies such as Huawei and ZTE have found themselves involved in.

"Lenovo is a truly global company…we don't view ourselves as a China headquartered only company. Because of that mindset, we have built a supply chain and have developed an organisation that is spread out all over the world, and when these governments are throwing curves at us, we have been able to adjust swiftly to those situations," he said.

"If you look very carefully at our financial results, you'll see it has had very little impact because of that."

According to Sotolongo, the next part of Lenovo's ambitious goals is to expand into new areas including bringing edge computing into the telco space.

"The requirement for edge computing is similar to the requirements for mobile edge computing that the telcos are building in order to enable 5G. We're going to be using the same platform that we use for the data centre that we built for the edge to enable an end-to-end telco play, as telcos roll out infrastructure to support their 5G connectivity," he said.

The other area Lenovo will be looking to build is networking, Sotolongo said.

"In order to be a true data centre player, you have to a networking offer, and what we have is limited. We need a much broader networking portfolio and that's is in working progress over the next few weeks."

Opera adds a music player and shopping center to the sidebar

Opera adds a music player and shopping center to the sidebar