In the Android market, the real action is in lower priced phones that are adding features to compete with Samsung's premium devices. Motorola's Moto Z4 ups the ante as a bring your own device contender.
Written by Larry Dignan, Contributing Editor on May 30, 2019 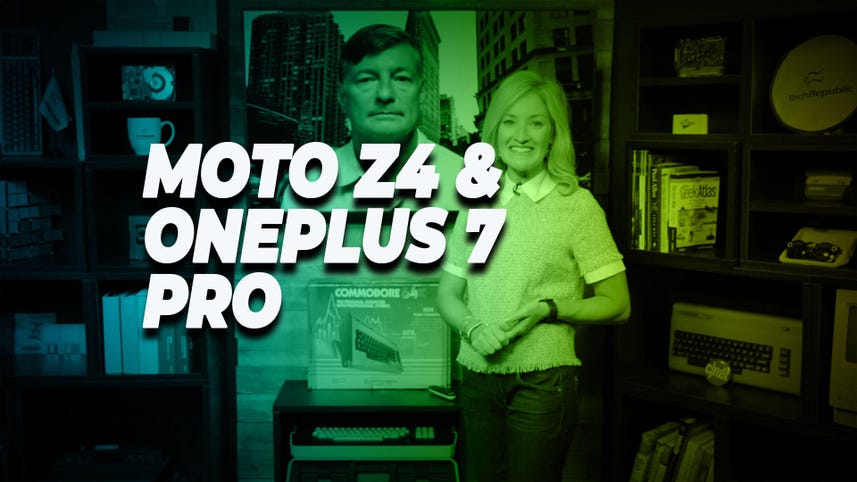 Lenovo's Motorola unit launched the Moto Z4 in a move that highlights how the company is targeting the mid-, value-, and unlocked markets with features such as Moto Mods as well as 5G capabilities with Verizon.

Ultimately, Lenovo is banking on Motorola to continue to drive profits in its mobile unit as part of a broader strategy to diversify and plan for the future.

In the Android market, the real action is in lower-priced phones that are adding features to compete with Samsung's premium devices. In the US, the Moto Z4 will be available at Verizon in Flash Gray on June 13 and Frost White later in the summer for $499. For new activations at Verizon, customers can get the Moto Z4 for $240. The Moto Z4 will also be available unlocked at Best Buy, B&H, and Amazon June 6 with a pre-sale May 30. Those retailers will bundle the Moto 360 camera mod for $499.99. Verizon is also putting the 5G Moto mod on sale for $199.99, down from a retail price of $349.99.

The Moto Z4 comes just as OnePlus launched its OnePlus Pro 7 in what amounts to a value premium device. The OnePlus came after Google launched the Pixel 3a.

For those of us looking to strike that personal and work balance with an affordable price, the Motorola versus Google Pixel versus OnePlus battle is worth watching and evaluating the devices relative to premium options, which are arguably priced too high.

Michau touted the Moto Z4's camera and even noted that you "don't have to be a National Geographic photographer for great pictures." That comment was a not so subtle dig at OnePlus, which rolled out the OnePlus Pro 7 and highlighted photography from National Geographic.

Yet in a semi-ironic twist, the photos I took at the Motorola Z4 launch event were with the OnePlus Pro 7.

The first Moto Z device launched in 2016 with Moto Mods. The Moto Z2 followed in 2017 and then the Z3 in 2018. The pitch was high-level features for value prices with up sell potential with Moto Mods -- add ons for the device.

Moto Mods work on multiple Moto Z devices including the latest one. That modular strategy is one way Motorola was able to pounce on the 5G rollout with Verizon. Updates to the Moto Mods will include a smart speaker with Amazon Alexa, the 5G Moto Mod and Gamepad.

5G Mod customers getting 1GB/sec speeds in Chicago via Verizon. The Z4 is the third 5G compatible phone in the Verizon lineup. Verizon is hoping to utilize a portfolio of smartphones to bring customers on to 5G.

Overall, the Moto Z4 is entering the bakeoff as a BYOD device to replace the Samsung Galaxy Note 8 I have. First reactions from me include:

Overall, the Moto Z4 is a solid contender and alternative to the pricier OnePlus Pro 7, which overall feels more premium and has triple rear cameras. For me the decision points will revolve around my workflow today. Everyone's use case will be different, but one thing is clear: All of the action in smartphones revolves around the $400 to $800 price range. That fact alone should make Samsung sweat a bit and Apple to a lesser degree since platform switchers are a rare breed.

Also: 11 things my Android phone does way better than your iPhone

As for trade-offs with the Motorola Z4 versus premium phones, I'm not seeing too many that can't be justified by price. From a work perspective, I'm still trying to quarantine my business accounts securely with the equivalent of Samsung's Secure Folder. Each individual will have their own must haves with these mid-market devices. The Motorola Z4 covers many of those requirements at a much lower price point.

The drive to profits

For Lenovo, Motorola represents a larger play in emerging markets such as Latin America. Motorola outperformed in North America with growth of 68%. The company is the No. 1 OEM in the unlocked category, according to Strategy Analytics. Motorola has fared well as a value player with brand investments as well as first-mover advantages with Verizon on 5G.

Brand interest in Motorola increased 94% from a year ago in North America. Simply put, Lenovo's scale combined with the Motorola brand appears to be a good combination.

Gaming Devices
Scribble me this: The uncertain future of note-taking apps