Microsoft can fix the toxic Android hellstew, but it needs a partner: Samsung, LG, ZTE or Huawei?

There is definitely room for a full range of business-friendly Microsoft Android devices, targeted to SMBs and enterprises.
Written by Jason Perlow, Senior Contributing Writer on Oct. 10, 2019 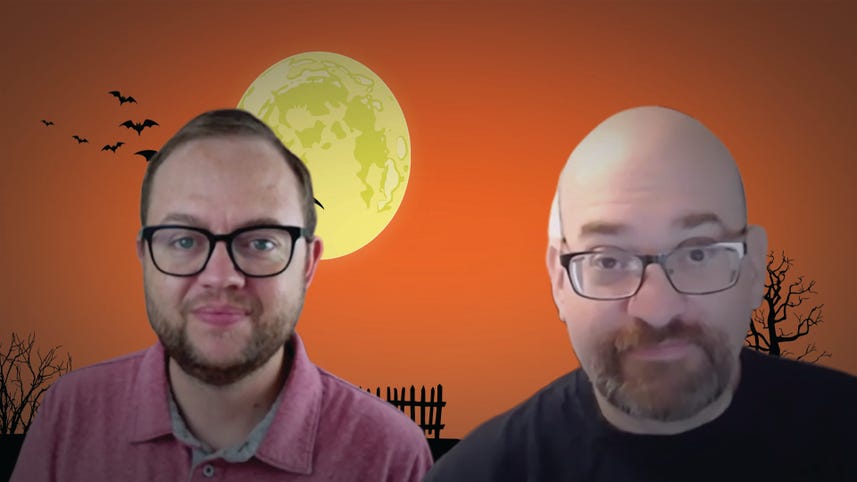 There is no way to delicately put this: The Android operating system is, at best, a hot mess. And, at worst, it's a toxic hellstew. Let's examine this hugely popular, dysfunctional mobile operating system.

Android is a highly resource-intensive system that chews up large amounts of RAM, which leads to poor application design. The resource consumption is readily apparent on Google's own Pixel 3, which is the company's current flagship and only has 4GB of RAM.

Never mind all the Android 10 bugs and all the third-party apps that cannot correctly utilize its APIs. It's continuously resource-constrained in my day-to-day use, with the mix of applications I need. That includes Facebook, Instagram, Twitter, Microsoft Outlook, Microsoft Teams, and Microsoft Office Lens.

It requires 8GB of RAM to run comfortably on a flagship device, and even the Pixel 4, which is releasing in the next two weeks, has only 6GB. That's not enough -- even when you consider Android 10 is meant to be an improvement on its predecessor when it comes to memory management.

But the absolute worst? The Play Store is the Wild West of malware and viruses, and the entire platform has way too many entry points for vulnerabilities.

Updates aren't rolled out fast enough unless you own a Pixel. It can take months to get security updates and over a year to get an Android version update on many of the original equipment manufacturer (OEM) devices -- if you are lucky.

I've been screaming about this for years. The sad reality is this situation probably cannot be fixed with the current generation of software.

Can Microsoft inject some sanity?

Realistically, Google needs to take Android back and renegotiate its OEM licensing. It should require companies like Samsung to adopt Android One as the only permissible licensing model post version 10 if they use Google Play Services. Google should also require they cannot create distributions with special UXes -- and their built-in OEM apps and services (hello, Bixby) should be removable by the end-user.

Short of drastic changes by Google in the way it licenses and controls its mobile OS and software stack, we need someone else to inject some sanity into the equation. We need a firm with real experience maintaining OEM ecosystems with operating system preloads.

I've embraced the idea that the company most qualified to do this is Microsoft.

The company shocked the entire industry last week by announcing it would re-enter the mobile devices market with the Surface Duo, a unique dual-screen device, which will hit the market in about a year. Right now, there are a lot of unknowns about the device, which include things like basic hardware specifications. However, the general feeling among the tech media is this is a welcomed change for the company despite previous setbacks with Windows 10 Mobile.

While the Duo itself looks like an exciting, albeit a high-end device for a specific niche of executive users and use cases, I have to say the part of it I find most compelling is the Microsoft-focused Android stack itself. It appears targeted toward business users first, which has always been the company's core customer base.

The challenge, of course, for being business-focused, particularly with a device like the Duo, is that mobile devices, such as smartphones and tablets, are not necessarily corporate-issued assets like Microsoft Surface and other notebook computers are, which run Windows. Work smartphones have increasingly become bring-your-own-devices (BYOD), integrated by the enterprise into their environments using mobile device management platforms like Microsoft Intune.

However, I think it is possible to reverse this trend. Let's not forget many small and medium-sized businesses that don't have large IT departments are looking for well-integrated solutions designed for use with Microsoft's cloud services. And many executive types want a polished, business-focused solution they can rely on (remember BlackBerry?). Not to mention various vertical market applications for Android for use in the field, healthcare, and other industries such as shipping and transportation, to name a few.

Although Microsoft doesn't own Android, as it does with Windows, nothing is stopping it from becoming a first-class systems integrator and service provider for building bundled OS and application software stacks to run on other OEM hardware -- such as Samsung's.

This would allow an OEM to concentrate strictly on the hardware, and would, in turn, enable a company like Microsoft to do the software builds for them, which would also include creating a storefront for OEM and developer apps separate from Google Play, targeted toward business users and vetted for things such as malware and application quality.

Think about it: Samsung could offer a Galaxy 365 or a "Galaxy Business" -- one which had Microsoft's flavor of Android on it, and a software stack that's fully outsourced to Microsoft to maintain. It would have Android, but with Microsoft's Launcher, Outlook, Office 365, OneDrive cloud storage and backup, a Microsoft ID single sign-on, and built-in Intune integration. It would get frequent Android updates, coming downstream from Google, integrated by Microsoft into its build on a timely basis, and a guaranteed update service level agreement of three or four years.

In addition to patches, updates, and security enhancements (such as better auditing and access management tools with granularity for securing services and applications), I could also see Microsoft creating or buying a standardized containerization solution for Android. Containerization within Android would allow work and personal environments, applications, and data to be segregated/partitioned that could work on any OEM device, not just Samsung (which has its own partitioning method called Knox).

Samsung may not want to cede its software stack to Microsoft, even if it was merely a preload option it could sell to SMBs and enterprises separate from its existing consumer build. It's the most significant player in the Android space, with its enterprise aspirations.

Microsoft might want its own version of the Pixel program, in which it works with a limited set of OEMs or even a single partner to sell a Microsoft device as a Surface-branded Android product using this combined OS and application stack.

LG, the second-largest South Korean consumer electronics company, might relish the opportunity to work with Microsoft. It doesn't have the capability to fab its own SoCs, like Samsung, which is an Arm architectural licensee for its Exynos chips used outside the US market (it's also a Qualcomm Snapdragon contract manufacturer). But it does have a sizeable display business -- that would be critical to the design and building of devices -- and even a semiconductor business, which can build Wi-Fi, Bluetooth, and cellular modules, among other components. LG makes solid hardware, but it doesn't have Samsung's sex appeal. With a Surface and Microsoft branding, that problem would be largely negated.

Any OEM relationship with a Chinese company is going to be problematic due to current national security concerns. We know Microsoft still very much wants to work with Chinese companies, because its president (and chief legal officer), Brad Smith, is requesting congress re-examine the US Commerce Department's Entity List placement of Huawei, which is going to prevent it from licensing Google Play and any other IP and hardware components (such as Qualcomm chips) from American companies in the near future.

Despite the security concerns, Chinese companies like Huawei and ZTE could still be capable partners as part of an overall Surface Android program. The way this could be done is by using them strictly as semi-finished hardware suppliers, or pseudo-ODMs (Original Device Manufacturers).

The main assemblies of the devices could be sent to the US, where they would undergo OS/firmware imaging and final assembly. At that point, they would be Microsoft products in name and support responsibility. Microsoft would sell them directly to the channel, as well.

I think there is room for a full range of business-friendly Microsoft Android devices targeted to SMBs and enterprises, with the stack fully supported and vetted by the company and "guts" being built by Korean and Chinese manufacturers. It beats the current alternative of a terminally dysfunctional OEM Android partner ecosystem, which has been unable over the past decade to support its product OS and software stacks from a patch-and-upgrade perspective that businesses require.

Should there be OEM Microsoft Androids besides the Surface Duo? Talk Back and Let Me Know.