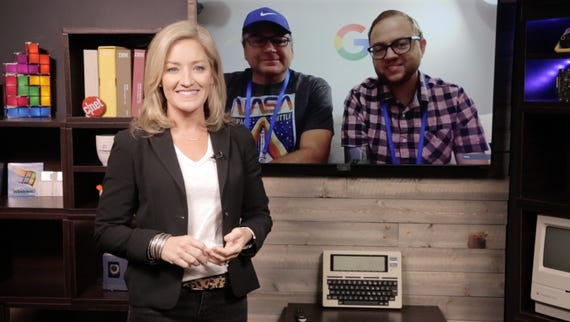 Google's hardware event Oct. 15, dubbed Made by Google, will highlight the Pixel 4, Pixel 4 X, and other devices, but the real challenge will be positioning its lineup vs. Apple, Amazon, and Microsoft.

Relative to Apple, Amazon, and Microsoft, Google's hardware unit resembles more of a hobby. Apple is clearly all about hardware and the iPhone 11. Amazon's hardware strategy revolves around Alexa but features a wide variety of devices including smart frames and even a smart ring to complement an army of smart speakers.

And then there's Microsoft, which highlighted its roadmap and the Surface Neo and Duo, two foldable devices due holiday 2020. Microsoft's Surface revenue for fiscal 2019 was $5.71 billion.

Also: New Surfaces: Prices, release dates, and where to buy

Simply put, Amazon and Microsoft, two companies with hardware units that rhyme with what Google is trying to do, have more scale. For Microsoft, Surface hardware is about showing what the Windows platform and assorted productivity apps can do. Amazon is about carpet-bombing consumers with devices powered by Alexa, which ultimately leads to more e-commerce.

Google CEO Sundar Pichai said on its second-quarter earnings conference call that the company has "continued to invest in our hardware business." He added that Pixel unit sales in the second quarter grew 2x year over year due to the Pixel 3A launch. Google Home products will be moved under the Nest brand, which is expanding globally. Google's hardware unit fits in the company's "other revenue" category, which is powered by Google Cloud, apps and in-app purchases and YouTube subscriptions. For the six months ending June 30, Google's other revenue was $11.6 billion. Hardware is a small part of that mix.

Google's devices team needs keep up with competition from Amazon, whose Echo and Ring products lines now cover a wide swath of the smart home. And Microsoft's new Surface line of products has put Google on notice that Microsoft is back in the smartphone race (using Android!) and doubling down on thought leadership for laptops and tablets.

With that backdrop, it's clear that Google's hardware event will have to address the following issues as I see them.

Will Pixel smartphones evolve from a showcase for Android to devices that will compete with Samsung and Apple? The Wall Street reports of late highlight that Apple iPhone 11 sales appear to be stronger than expected. T. Michael Walkley, an analyst at Canaccord Genuity, said that surveys and Apple supply chain checks indicate that the iPhone 11 is selling well despite the inevitable wait for 5G devices.

Samsung's Note 10 just launched and can deliver solid average selling prices. Google does appear to have its price points covered with the Pixel 3A and now the Pixel 4.

Can Google's computational photography knowhow put the Pixel into the big leagues? Given Google's camera and photography software (AI and machine learning fueled), Pixel 4 can push demand. Why? The camera is fueling iPhone 11 demand. Google's Pixel franchise could gain from camera advances. I've tried out a bevy of mid-tier devices and most of the cameras were lacking due to software, not hardware. Google can push more Pixels with a balance of pricing and camera performance. (See: Artificial intelligence and the future of smartphone photography)

Is the Google Home to Nest branding effective and does it matter given the sheer volume of Amazon Echo and Alexa enabled devices? Google will reportedly launch more smart speakers under the Nest brand and that's promising, but the reality is Amazon commands the market. Google is making Google Assistant far more nimble than Alexa, but it's unclear that the hardware can compete with Amazon's lineup. (See: Google is a bald-faced IoT liar and its Nest pants are on fire)

Also: New Echos: Prices, release dates, and where to buy

And will there be a 2020 roadmap from Google? Microsoft's announcement of Surface Neo and Duo landed more than a year ahead of time. Microsoft said it wanted to get developers involved to develop the apps and concept. The Duo is even Android-powered, with allegedly the best of Microsoft and Google. Typically, a product announcement more than a year out is a bad move. Somehow it worked for Microsoft and put rivals on notice. Google's roadmap for its hardware may have to note something about foldable devices.

Join Discussion for: Google's Pixel 4, Pixel 4XL, and Made by...