Owners of the Cosmo Communicator are no longer restricted to Android on the mobile with a slide-out keyboard.
Written by Liam Tung, Contributing Writer on Feb. 25, 2020 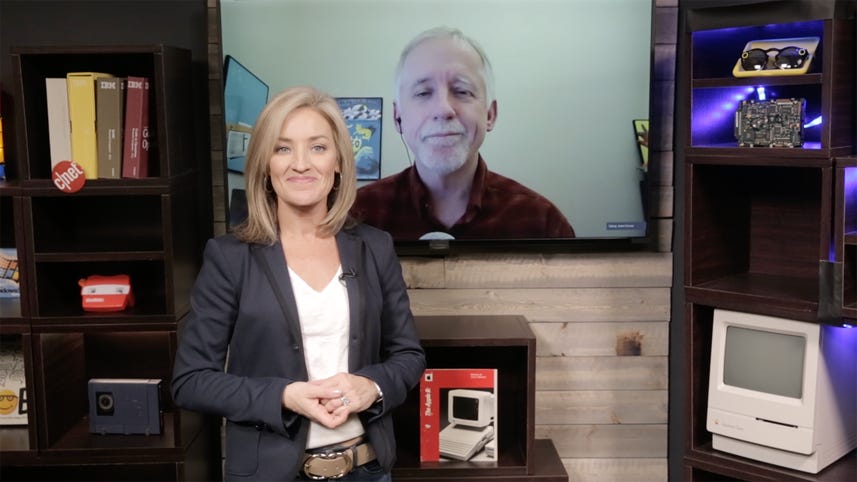 Fans of the PDA-inspired Cosmo Communicator can now run Linux on the handheld computer/smartphone from London-based company Planet Computers.

Planet Computers announced general availability of the Cosmo Communicator in November after its crowdfunding campaign last year for the second iteration of a handheld computer inspired by the Psion Series 5 PDA from the 1990s.

The Cosmo Communicator was promoted as being able to run Linux and Android but until now it didn't have dual-OS functionality, leaving Android as the default OS and no option to switch to Linux.

The company has now announced that the Cosmo Communicator can run Debian Linux with KDE, which offers a full graphical interface.

At £799 ($1,037) including VAT, the Cosmo Communicator is for true believers that this form factor can deliver better productivity, mobility, and a superior experience to a smartphone, tablet or small laptop.

The Cosmo Communicator aims to address some of the drawbacks of its predecessor, the Gemini from 2017 – Planet Computers' first attempt to revive Psion-like PDAs.

According to Planet Computers, the new Linux option has been made possible by its collaboration with the Linux community to develop firmware. It also got some help from the open-source Team Win Recovery Project.

The addition of Linux and KDE allows users to run more applications. Planet Computers highlights that devices that have been partitioned for dual-OS support can still receive over-the-air Android firmware updates.

Planet Computers has provided instructions and links for downloading the firmware on its support pages.

"Offering a viable alternative operating system on the Cosmo Communicator has been a cornerstone of all Planet devices. The Linux community has been instrumental in the firmware development and together we will continue to refine and enhance the Linux user experience," said Dr Janko Mrsic-Flogel, CEO of Planet Computers.

As for productivity, ZDNet hardware reviewer Sandra Vogel found she was able to type at about 75% of her usual speed on a laptop using the Cosmo Communicator, allowing her to complete reports with reasonable efficiency.

However, there were some mobility limitations as the device demanded to be placed on a table for typing.

More on Planet Computers and smartphones