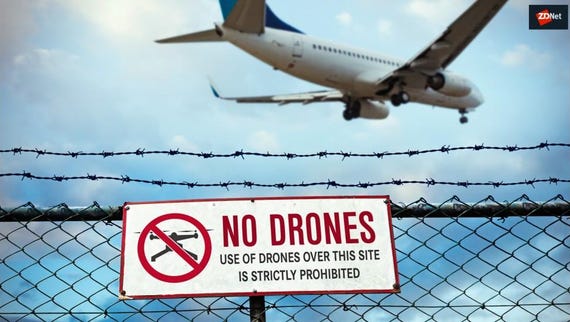 In the aftermath of a breakup, people can lose all reason and taking irresponsible action -- whether it be cutting up an ex-partner's clothes, throwing out their possessions, or scratching their car.

According to US prosecutors, a 43-year-man used a DJI Phantom 3 drone to drop homemade bombs on a previous girlfriend's property.

The US Attorney's Office for the Eastern District of Pennsylvania alleges that Jason Muzzicato's drone, a device that had not been registered with the US Federal Aviation Administration (FAA), may have been involved in late-night explosions experienced by residents since March in the Slate Belt, as reported by The Morning Call.

No damage or injuries were recorded, but one resident told WTAP that he believes materials, including nails, were dropped from the sky during the incidents.

"Nobody was around," the resident said. "Nobody went by and threw them. They dropped from the sky."

A number of unexploded devices were found and removed safely.

Court records seen by The Morning Call allege that Muzzicato's car had also been "modified" with switches for releasing nails, ball bearings, and fluids.

Muzzicato's attorney, John Waldron, denied that his client used a drone to drop explosives, saying there is no "conclusive evidence."

Muzzicato has been in jail since his arrest in June when law enforcement searched his property and found objects that potentially connect him to the explosions. In total, the Phantom 3, seven improvised explosive devices, and ten firearms were found, including multiple AR-15s.

The man was previously restrained from harassing, stalking, or threatening a partner by way of a Protection From Abuse (PFA) order issued in 2017. During the dispute, both former partners filed a PFA order against the other.

Muzzicato has been charged with possessing firearms while subject to this court order -- a federal offense -- and has also been charged as an unlawful user of methamphetamine, possessing improvised explosive devices, and the operation of an unregistered drone.

TechRepublic: Why businesses would rather lose revenue than data

"It does not take much imagination to conjure up the enormous harm that can result from the combination of illegal firearms, explosives, and drone aircrafts," said US Attorney McSwain. "Adding methamphetamine and a disregard of court orders to the mix only serves to heighten the risk. Here the defendant's alleged behavior violated the law and threatened public safety."

If convicted, Muzzicato faces up to 33 years behind bars, three years of supervised release, and a fine reaching a maximum of $760,000.