The success of flying drones has given new impetus to the development of underwater versions, and France's Notilo Plus company is targeting this market with the launch of its iBubble autonomous drone. Notilo says it will start shipping in the middle of November at prices "from $4,099". The next batch will ship in January.

Notilo Plus says in its press release: "It comes with an advanced AI system, offering total autonomy and self-learning capabilities. iBubble is equipped with a state-of-the-art obstacle avoidance system, which allows it to smoothly follow a diver, while obtaining images of unparalleled quality for personal or commercial use. It features real-time image recognition [and] a unique stabilization system as well as direct surface control."

iBubble has a range of potential functions, which can be selected from a range of scenarios such as Follow, Circle, Come, Stay and Dive. For example, select Follow and it will work as a sort of selfie camera: it will follow you around and film your dive.

Alternatively, Lead tells it to work in front of you, so that it records what you're seeing. It can also circle around you, or a group of divers, or stay in a fixed position.

iBubble works up to 25 metres from the diver holding the transmitter/smart controller. You can set the tracking distance between 1m and 20m. It uses sonar to calculate distances... and to avoid hitting things.

You can also use iBubble as a handheld camera, or as a remote camera attached by a long cable. The optional Explorer Pack includes a 60m cable. It enables users to operate an iBubble from an iOS or Android smartphone app from a boat or dry land.

iBubble is a platform for photography so it includes two lights, but it doesn't include a camera. You have to supply your own GoPro Hero 3 or higher, Paralenz or other camera that uses a GoPro mount. Although there are drones with built-in cameras, Notilo reckons it's an advantage that you can replace a camera without replacing your drone.

iBubble can run for about an hour, under normal conditions, at 1.5 metres per second (4.5 feet per second) up to a depth of 60m (200ft). The replaceable battery can be recharged in 2.5 hours.

If iBubble fails, it will float to the surface so that it can be recovered.

Business and professional uses could include hull inspections, checking underwater installations, monitoring wildlife and so on. Resorts and educational institutions could also use iBubbles. However, it seems likely that most buyers will be divers, filming things for professional or personal reasons. 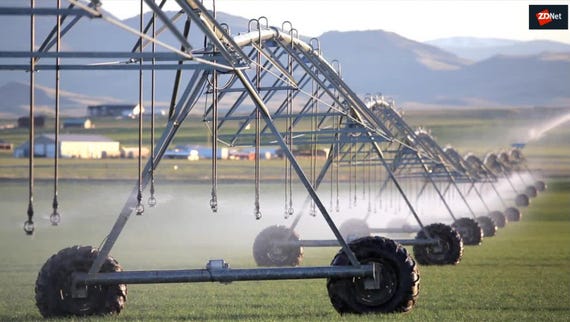 While iBubble was launched on Indiegogo, the company also raised €800,000 ($942,000) from business angels. This year it raised another €1.9 million ($2.24m) from investors including Bpifrance, a French public investment bank, and the Provence-Alpes-Côte d'Azur regional authority.

Notilo Plus also plans to show iBubble at the CES trade show in Las Vegas in January.