Opinion: Microsoft needs to step off the new feature train, at least temporarily, and get Windows 10's reliability and fundamentals back on track.
Written by Mary Jo Foley, Senior Contributing Editor on Oct. 10, 2018 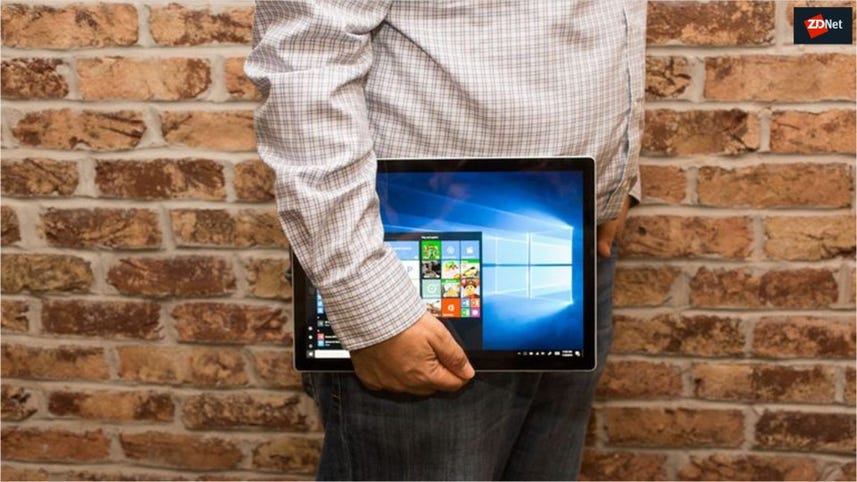 Windows as a service, as it currently exists, isn't working. Microsoft's plan to release two feature updates to Windows 10 annually, as Microsoft has been doing since 2015, is not seen as a plus by many customers. After the debacle around the Windows 10 October Update/1809, the perception that Microsoft has lost control of its Windows 10 update strategy is even more apparent.

A quick refresher as to what happened with 1809: Microsoft began rolling it out October 2. Some early adopters saw their photos, files, bookmarks and other data wiped out after installing the new bits. Microsoft pulled 1809 and is now retesting it with Insiders before starting to push it again to customers.

Also: How to upgrade from Windows 10 Home to Pro for free

I don't see any signs that Microsoft is ready to throw in the towel on its plan to do two feature updates to Windows 10 for the foreseeable future. The company did toss a bone to Enterprise and Education customers recently, basically enabling them to install just one feature update every other year. But Windows 10 Home and Pro customers didn't get that reprieve.

My ZDNet colleague Ed Bott has suggested that Microsoft allow Windows 10 Home users to have a choice whether to apply both Windows 10 feature updates each year or defer and apply just one annually.

I think Microsoft needs to go further: It's time for the company to release at least one -- and maybe more -- Windows 10 feature updates that focus exclusively on reliability/fundamentals and not on features. Go back to basics and figure out what's not working before continuing headlong down the "we have hundreds of new features" path. Figure out how to better test OneDrive and Windows 10 together. Work with OEMs to figure out how they can release updated drivers simultaneously with new feature updates, when required.

I'm sure no one at Microsoft wants to do this. Who wants to admit a key company initiative isn't working? It's easier to keep on saying "a small subset" of customers are having this problem, so things are basically OK, instead of this approach is not sustainable.

But even if it's just "one one hundredth of one percent" of customers hitting a particular issue, the optics around Windows 10 quality and reliability are not good.

I'm frankly surprised that anyone (other than journalists who need to test products) knowingly "seek" out a new Windows 10 feature build as soon as it is released. (I am sure a number of users do this unknowingly by checking for updates once a new feature update rolls out.) Even after the first two or three or four cumulative updates roll out for a new feature update, I am still leery about putting it on my PC. I know these releases have gone through testing internally at Microsoft and externally through the Insider program, but they still inevitably cause various compatibility and other issues for users right out of the gate. And I just don't have the time, or in many/most cases, the knowledge, to fix what breaks.

Also: How to reset your Windows 10 password when you forget it TechRepublic

Speaking of testing, it's widely known that Microsoft let go a bunch of its Windows testers back in 2014, substituting flighting and new unit testing procedures in their stead. I don't think Microsoft will reverse this course and bring back testing as a separate discipline. But they could improve their testing procedures and supporting infrastructure as part of a return to a focus on fundamentals.

In order to focus on reliability at this stage in the game, Microsoft would have to commit to making 19H1 or its September 2019 successor a reliability release. Not a Creators Update or an Anniversary Update. A boring, but immensely useful reliability update. And if this works, maybe Microsoft adds a regular reliability update to its Windows 10 servicing strategy, whether it be every other year or even once yearly. (Remember the old "major/minor" Windows release cadence back in the Windows 7 years? Maybe it's time for a comeback.)

Earlier this year, Microsoft moved Windows engineering in with the Azure engineering organization, headed by Executive Vice President Jason Zander. Meanwhile, the other half of the Windows team, focused more on "experiences" moved under Executive Vice President Rajesh Jha. There are new Windows sheriffs in town who seem to care about reliability and fundamentals quite a bit. It could be the perfect time for a priority reset.