Full Bio
Posted in All About Microsoft on August 6, 2018 | Topic: Cloud 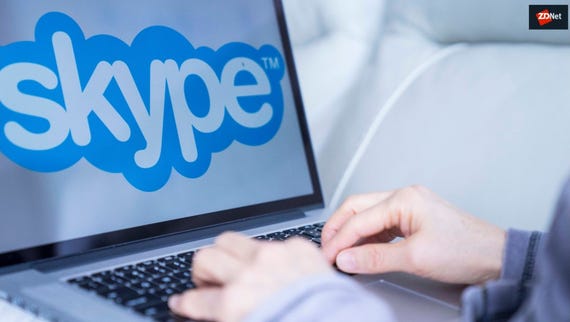 After receiving feedback from a number of unhappy users, Microsoft is going to continue to support Skype 7.0 for some additional period of time.

In mid-July, Microsoft officials said the company planned to drop support for Skype 7.0, also known as Skype "Classic" after September 1. At that time, officials said they would require users to be on Skype 8.0 on Windows desktop, as Skype 7 would no longer work.

Microsoft quietly updated its Microsoft Answers forum on August 6, however, noting that it now planned to extend support for Skype 7.0 "for some time."

"Based on customer feedback, we are extending support for Skype 7 (Skype classic) for some time. Our customers can continue to use Skype classic until then.

"Thanks for all your comments - we are listening. We are working to bring all the features you've asked for into Skype 8.

(Thanks to @rpodric for notifying me of the change on Twitter.)

I asked a Microsoft spokesperson if the support extension is considered the new official policy. No word back yet.

Update (August 7): A Microsoft spokesperson said the company had "nothing more to share" beyond the amended/updated support forum post.

In July, Microsoft acknowledged that Skype 8.0 included many, but not all, of the features in Skype 7.0. Skype 8.0 doesn't allow users to access individual conversations in separate windows. Version 8.0 does offer free HD video and screen sharing calls, the ability to share photos, videos and other files (up to 300 MB at a time), @mentions and easier access to files, links and photos shared in Skype conversations.

A number of users have been expressing frustration with Skype 8.0 compared with the Classic version in Microsoft's support forums.

"Well I can tell you, (and affirmed after seeing all the negative comments, reviews etc) NEW skype is not meeting peoples needs, and as SO many have issues with it, and as you clearly can not address all of them in time. Can you extend the support for the previous version so that we can continue to use the version we like? I for one can not use new skype for my needs, it simply doesnt work the way I need it too.

"If you cut of the previous version Sept 1st, I know you are going to lose a LOT of users. I am already having to look for an alternative as I simply cant use new skype as it doesnt support my needs like the old one did.

"PLEASE continue support of the previous version and dont force us to change to something that is not making the users happy!"

The aforementioned forum moderator posted about the Skype Classic reprieve in response to JasonPierce2.

Skype 8.0 is available for a number of Windows flavors, including Windows 7, 8.1 and 10. Microsoft also is in the midst of moving its iPad users to version 8.0 of Skype. Skype 8.0 already is available for the Mac, iPhone, some Android phones, and Linux.