While AI services were front and center at Build, the not-so-hidden message is Microsoft's blending of cloud and AI to extend its traditional presence in the front office to make digital assistance ubiquitous.
Written by Tony Baer (dbInsight) on May 8, 2018 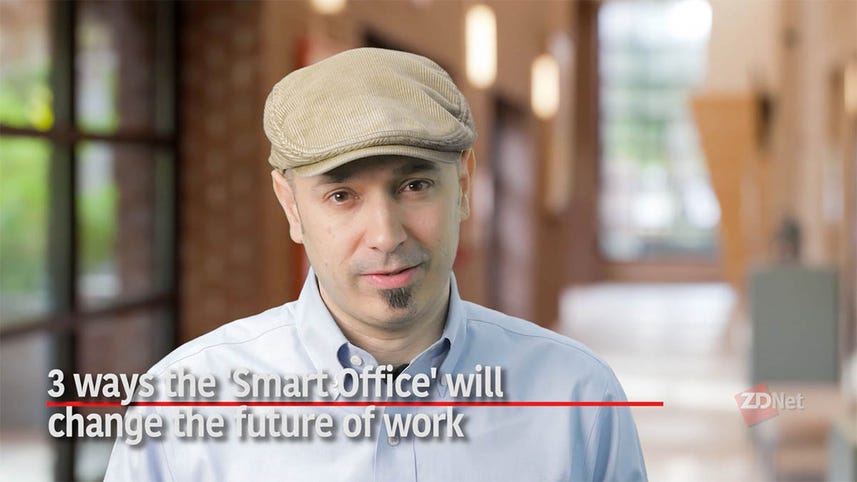 The evolution of Microsoft into the company that is becoming cloud first while embracing Linux and open source is proof positive that this is no longer your father's Windows company. During yesterday's Microsoft Build keynote, enterprise and cloud EVP Scott Guthrie boasted of Microsoft drawing the largest open source community on GitHub, now numbering over 17,000 contributors. The fact that Linux is a first-class citizen, not only on Azure, but also SQL Server 2017, marked a watershed in Microsoft's evolution.

But if the primary message coming out of Build this week was about Microsoft going gaga over AI, a subtle underlying message is it's time to give Windows some respect. At center stage is Microsoft 365, which at first glance would appear to be Office 365 on steroids. Mary Jo Foley provided a blow-by-blow account of one of the scenarios: a near futuristic description of how office meetings could be transformed through a combination of technologies that begin with Office, but bring in services like Cortana, Windows ML, and Surface Hub.

In some respects, each of the cloud providers is aiming for similar bragging rights. AI provides the headliner case in point.

While Google made its name as a pioneer in harnessing AI to run its business, in actuality each of the cloud providers now compete front and center with broad palettes of AI services. Each of them offer at least a dozen such services, ranging from chatbot conversational offerings to speech-to-text and vice versa; image and facial recognition; language translation; and deep learning.

But there are differences in their approaches to AI. In the rush to fill all the checkboxes, each has taken different approaches to onramping non-specialists. Amazon SageMaker starts you within a walled garden of roughly a dozen prebuilt algorithms. Meanwhile, Azure Machine Learning Studio looks more like a classic IDE. Google Cloud AutoML is at an earlier stage, focusing on neural nets, but for now, only machine vision models are available.

So with all the spotlight on AI, the lasting impression we had from our advance briefings and watching the first day's live keynote stream was the morphing of Microsoft Office into something more holistic. Unlike AWS or Google Cloud, Microsoft was born on premises and, fortuitously, has used it as launchpad rather than ball and chain. The cloud makes it possible to extend what was Office into a portfolio that leverages knowledge graphs, digital assistants, IoT, and under the covers, containerization. In fact, Office 365 sparked much of the early growth of the Azure cloud.

Microsoft promotes its ability to meet the user on whatever device he or she is on. From the Windows shell (remember Windows?), there are common APIs that can let you access that document or spreadsheet from mobile device to desktop with a user experience that stays in context. You can have a local Excel spreadsheet call a cloud function. Backing Microsoft 365 is the Microsoft Graph that preserves the context of the interaction across a time sequence, thanks to an extensible knowledge graph that is evolving beyond standard Office documents and enterprise directories to accommodate spatial, geographic, and device data from the outside world. On the roadmap is integration with Cortana to extend the personal assistant, not only to orchestrating office meetings, but even interacting with Amazon Alexa to call Uber.

Lest we get caught up in front offices, Microsoft is also addressing businesses that work with physical assets and either manufacture products or maintain and install them with mixed reality applications augmented by HoloLens. The real world tie also comes through Azure IoT Edge, which has a common programming environment that runs at or near the device, and in the cloud. And this is where Linux very much comes into the game. The same code, deployed as Docker containers, can run on a Windows PC or a Linux-based Raspberry Pi device. Microsoft is hardly alone here in extending the presence of the cloud to the edge; Amazon Greengrass also provides a serverless device that extends AWS's footprint to the edge.

Each of the big three providers initially approached the cloud from different points of origin. For Amazon, it was the sheer economies of scale of its data centers for running back offices that drew enterprises after kicking the tires with dev/test projects; today, Amazon continues to offer the greatest breadth and depth of cloud services and infrastructure instances. For Google, it was the reputation of drawing on the expertise of the company known for running its business on AI and its lights-out approach to managing infrastructure. But if there is any single distinguishing characteristic for Microsoft, it is as the platform that has long been the place where knowledge workers spend their days.