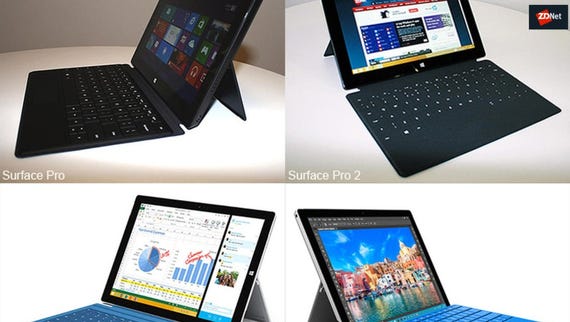 Microsoft has rolled out a new Battery Limit feature for Surface Pro 3 and Surface Pro 4 devices to help give their lithium-ion batteries a longer life.

The new feature is available in UEFI firmware updates for the two devices, and once Battery Limit is enabled, the battery will only charge to 50 percent of its maximum capacity.

If a device is already charged beyond 50 percent and then plugged in with Battery Limited enabled, the battery will discharge until it reaches 50 percent.

It's a feature that many Surface owners may probably never use. As Microsoft notes, the feature is aimed at devices that are plugged in for extended periods of time, and points specifically to cases when the Surface is part of a kiosk setup, meaning they're probably rarely used in an unplugged state.

"Battery Limit option is a UEFI setting that changes how the Surface device battery is charged and may prolong its longevity," Microsoft notes in a page about Battery Limit.

"This setting is recommended in cases in which the device is continuously connected to power, for example when devices are integrated into kiosk solutions."

As it is a Surface EUFI feature, Battery Limit needs to be configured by booting into Surface UEFI by pressing the Power and Volume Up buttons when switching on the device.

On a Surface Pro 4 it can be toggled on within Advanced Options after choosing boot configuration.

On a Surface Pro 3, after booting into Surface UEFI, users need to select Kiosk Mode and then select Battery Limit enabled.

Microsoft is rolling out its Surface Pro 6, Surface Laptop 2 and Surface Studio 2 this fall. Here's what to expect.

You can now add desktop mode to your Surface Pro with this carbon-fiber kickstand add-on.

Microsoft is instituting a Surface Pro 4 replacement and warranty-refund program for those with continued screen-flickering issues.

Windows 10 offers a new feature to help you monitor and conserve your mobile device batteries. This rundown explains how it works.