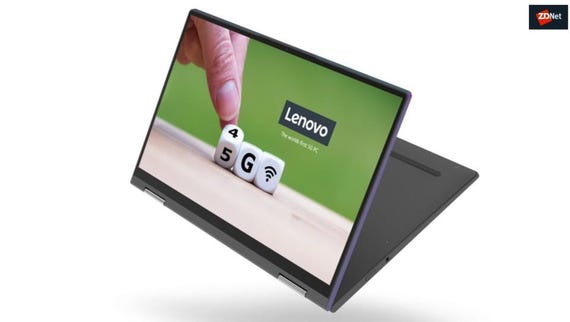 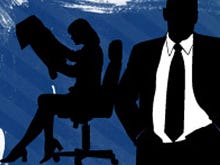 Folding screens, like those on the ThinkPad prototype Lenovo showed off in May, stand to steal the spotlight from 2-in-1s based on a detachable (Surface-like) or convertible (Yoga-like) screen design. But in the retro haven of Indiegogo, a few companies have sought to revive the dream of laptops that try to cram the most usable screen and keyboard into the smallest possible form factor. Now, two competing campaigns are featuring laptops with displays that come closer to those of today's tablets. However, unlike the netbooks of yore, these new models have sleek profiles, premium materials, and capable processors.

One of these is from mini-laptop maker GPD, which has launched almost its entire product family on Indiegogo. The company has raised nearly $1.8 million across 10 campaigns, including two for for mini laptops with 7" screens and barely touch-typable keyboards as well as an industrial-focused mini laptop with a 6" display, thumb keyboard, and a full RS-232 serial port. The latter is the bigger brother the short-lived FlipStart PC never had.

Having explored the limits of laptop equivalent of Smart Fortwos, the company is moving into the equivalent of Mini Coopers with the P2 Max, an 8.9" device that it is billing as the world's smallest Ultrabook. (If you're going to make '90s-style computers, you may as well use '90s-style designations.) Unlike its 7" devices, which relied on a trackpoint or optical thumb trackpad for cursor movement, the P2 Max can accommodate a trackpad and has fewer keyboard compromises; the company compares its size to that of an iPad mini. Unfortunately, though, the P2 Max's keyboard does not fold behind its screen and so the device can't be used as a tablet.

In contrast to ultra-specialized GPD, Chuwi is a Chinese PC company that has previously focused on cheap and well-received laptops, Surface-like 2-in-1s, and tablets that would often offer dual booting into Android or Windows. It has raised nearly $900,000 in six Indiegogo campaigns. Its latest campaign is the MiniBook, an 8" mini laptop with a literal twist, a Yoga-like hinge that Chuwi suggests makes it as versatile as a tablet for tasks like reading books.

That message has some merit in that an 8" screen is certainly easier to hold for book reading than a more mainstream 11.6" or larger convertible Windows laptop. However, as with other convertibles, the folded affair is still relatively thick. Given that another company ran a successful campaign last year for a similar device promised to reach backers in the coming weeks after a reported Intel CPU delay, it would have been interesting to see Chuwi try a detachable, providing a more capable take on the Surface mini that never materialized.

These devices keep alive the dream of a size-constrained Windows clamshell that lost the limited momentum it had as smartphones realized the dream of pocket computers. But with Microsoft continuing to experiment with such mobile technologies as Snapdragon processors, folding displays, and Windows Lite, these niche devices may represent more of a bridge to Windows' future than a repackaging of its past.

A Windows 10 PC that fits in your pocket: Tiny GPD laptop on sale for $500
The seven-inch GPD Pocket, which resembles a squished MacBook Air, is available to pre-order.

This modern netbook is taking on Apple and Microsoft
In the past, small laptops have usually been cheap netbooks or expensive toys. But a Chinese startup is readying a coat pocket companion that makes a 7-inch laptop practical.