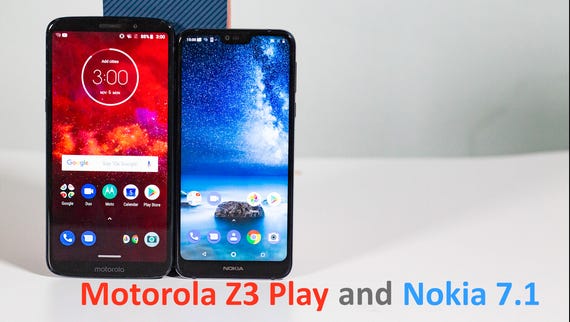 This new lineup improves upon last year's G6, taking the same approach of providing a quality handset at an affordable price. Budget phones are an area of the smartphone market that might find renewed success, as Apple and Samsung continue to push flagship prices higher.

Here is each G7 device, including its specifications, colors, launch countries, and pricing.

It's disappointing that the better spec'd device, the G7 Plus, won't be available in the US. Its spec sheet checks all the boxes that a budget phone should and is priced around $340.

Still, once G7 becomes available in the US, it has the makings of a budget smartphone that performs like a flagship phone -- something Motorola has been able to achieve for a few years now with its G-series of smartphones. And the G7 Power with its massive 5,000mAh battery will be appealing for those who prioritize battery life over above all else.