Phones and more: The best of everything mobile

Whatever you're looking for in a smartphone -- best camera, longest battery life, overall value -- Matthew Miller has picked his favorite device in every category. Plus: The best tablet, smartwatch, sportswatch, and activity tracker.
Written by Matthew Miller, Contributor on Jan. 3, 2019 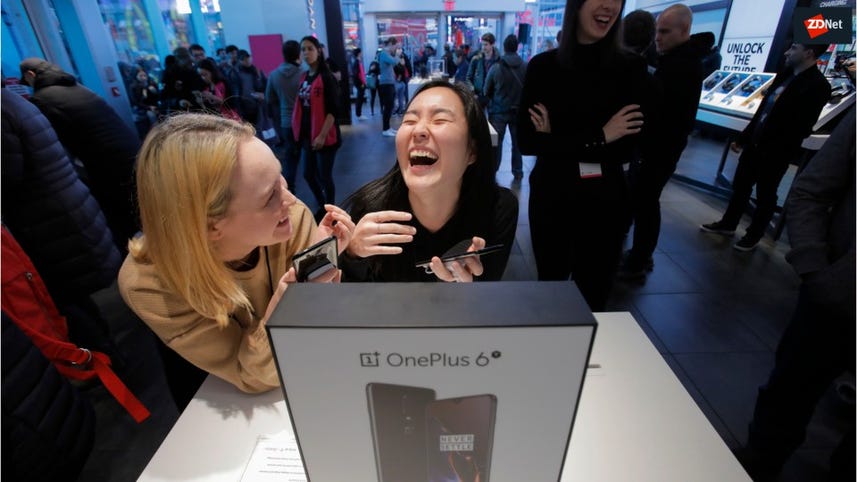 The term best is subjective, but after testing out a number of smartphones, wearables, tablets, and other mobile gear over the past year, I have developed some informed opinions on the tech we use daily. Some devices are clearly the best for everyone, while others are champions in their particular ecosystem or targeted market.

My most popular ZDNet post of last year was the 10 best smartphones of 2018 list that I update regularly as new phones are released. The phones released in 2018 were so good that it made limiting the post to 10 phones very difficult. Honestly, any of the top five could easily be argued for the No. 1 slot.

I have a few titles I would like to award to the various mobile tech I reviewed in 2018.

I recently updated my 10 best smartphones post after all major announcements for the end of 2018 were completed. One phone kept popping back up to the top so I'm giving my best overall smartphone award to the Samsung Galaxy Note 9. For business users it offers one of the biggest and best smartphone displays on the market, it has the S Pen for enhanced productivity, can be extended as a desktop thanks to DeX, has a microSD card slot for unlimited storage capacity, and more.

OnePlus has been releasing smartphones via direct sales for a few years, but was successful in securing a US wireless carrier deal in 2018. The OnePlus 6T is an excellent smartphone and the low price, compared to other flagships, makes it even more compelling. The cellular reception has been better than other phones, the battery lasts a long time, it is one of the most responsive Android phones, and it is gorgeous in Thunder Purple.

While this might also go to the Note 9, I'm going to give this honor to the Google Pixel 3 XL. This new phone from Google packs it all in and the camera, with magical Night Sight capability, is the one to get to make sure you always have the latest and greatest version of Android on your phone.

You might think I would have chosen the most expensive new iPhone, but I sent my iPhone XS Max back to Apple after two weeks and wasn't as impressed as I should have been. The real star of the Apple 2018 iPhone lineup is the iPhone XR with the lowest starting price (by $250 and $350 for the XS and XS Max, respectively), longest battery life, same processor, same rear camera, and availability in six fun colors.

Best camera on a phone

The Huawei Mate 20 Pro might be a contender for this one, but given the consistent results I picking the Google Pixel 3/3 XL for this one again. These two phones have a single rear camera, but what Google has been able to do with software through Night Sight, portrait, and other shots is stunning.

Huawei is known for leading the charge with massive capacity batteries in its phones. It has had 4,000 mAh for a couple of years and as others have reached this level, Huawei went ahead and put in a 4,200 mAh variant in the Mate 20 Pro to raise the bar once again. This phone will last most people a couple of days and even heavy users will get through at least one full, long day.

LG's five cameras may not have earned it the best camera phone award, but you can't argue it excels in audio performance. With a 3.5mm headphone jack, Hi-Fi Quad DAC, DTS:X 3D surround sound, and loud Boombox speaker, it is pretty clear the LG V40 ThinQ leads the way.

For apps and consuming media, it is tough to beat the new Apple iPad Pro. However, if you want a solid tablet that has a full desktop browser, the Pixel Slate is very compelling. The iPad Pro gets the nod this year as Google continues to work out a few bugs, but don't be surprised if Google takes the crown in 2019.

Apple released the Apple Watch Series 4 this year and if you are an iPhone user then it is probably your best option for a smartwatch. However, for the other 75 percent of you who own an Android phone and maybe even some of you with an iPhone, the Samsung Galaxy Watch is the best available today. It offers outstanding hardware, two different sizes, 2-3 day battery life, Spotify music integration, advanced sleep and fitness tracking, GPS, and more.

Research indicates 42 percent of adults looking for a wearable are still interested in devices other than a smartwatch. The Fitbit Charge 3 is the best Fitbit band ever and offers all that you could want in a tracker band with long battery life, advanced sleep and heart rate tracking, an expansive Fitbit ecosystem and community, and smartphone notifications. Android smartphone users also can use it for quick replies.

A couple of years ago, I spent some bucks on the Garmin Fenix 3 HR, but after testing the Garmin Fenix 5X Plus I was sold on the integrated music, advanced sleep tracking, extensive workout customization options, and more. I purchased the Fenix 5 Plus because I didn't need the extra Pulse Ox sensor functionality and saved myself some money. The Fenix 5 Plus series is outstanding and I haven't found a single thing missing from this watch.

We have already seen rumors of upcoming Samsung foldable phones and the new Galaxy S10 so I'm sure 2019 will start off with a bang at CES and MWC in the first couple of months.

Which were your favorite mobile devices of 2018?

Here is a selection of single board computers for homebrew projects and automation, with prices starting at only $5.

Wearables
Scribble me this: The uncertain future of note-taking apps