With a revamped browser and a nonprofit mission focused on privacy and user empowerment, Mozilla is ready to strike while the iron's hot.
Written by Stephanie Condon, Senior Staff Writer on April 4, 2018 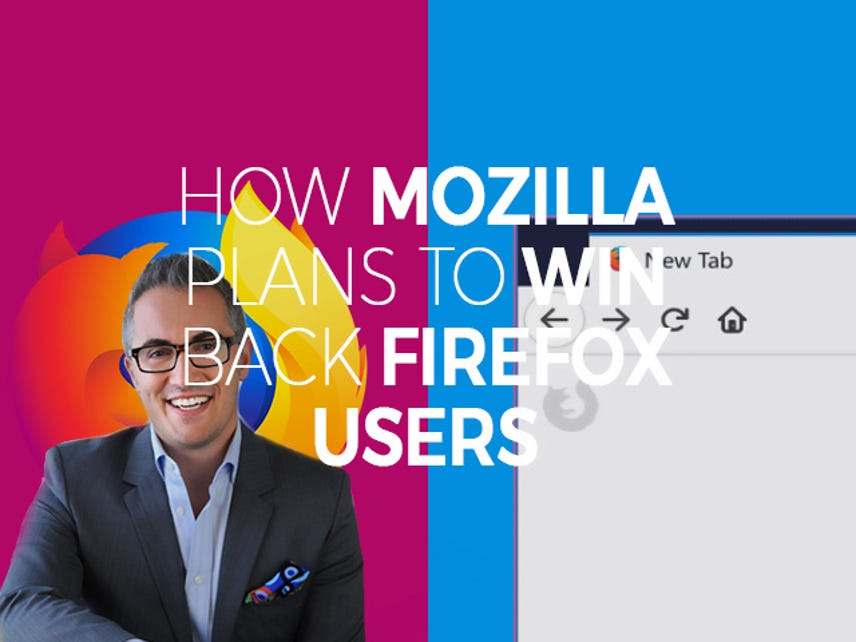 The internet has been a grim place in recent months, where users have started to come to grips with a harsh reality: Technology companies have fattened their bottom lines with our personal data, but they've failed to implement surefire solutions to keep that data private and safe. Our personal information is vulnerable to theft and abuse; all the while, the technology that's monitoring us is literally laughing at us.

Concern over the handling of consumer data reached a fever pitch with the controversy surrounding Facebook's relationship to the shady data analytics firm Cambridge Analytica. Various tech leaders have traded barbs on the matter, but Mozilla has been particularly vocal about its objections to Facebook's behavior -- as well as the general state of the internet.

The company pulled its advertising from Facebook, taking issue with the social network's default privacy settings. It also built a Firefox container extension that isolates web activity from Facebook. Mozilla even launched a petition to try to pressure Facebook into adopting better privacy protections.

All of this happened just months after Mozilla launched a critical revamp of its flagship product, the Firefox web browser. Mozilla is using the ongoing controversy to help make the case for a new-and-improved browser, built on solid principles. 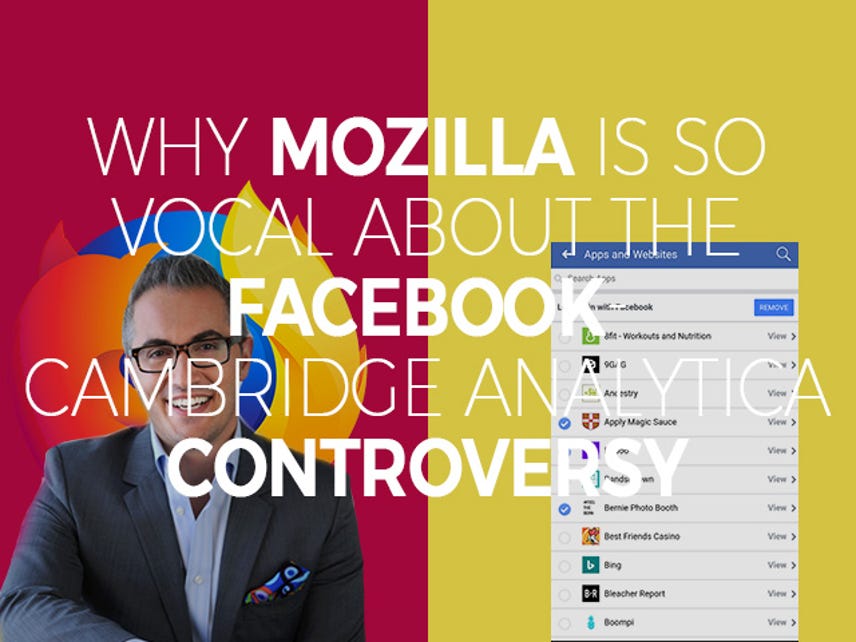 "We've certainly intentionally been a part of the discussion," Mozilla CMO Jascha Kaykas-Wolff said to ZDNet, because "there's a disconnect that needs to be proven." Namely, the company aims to prove that a technology business "can both be ethical and grow."

Mozilla's commitment to privacy and individual empowerment has been "absolutely unwavering" over two decades, Kaykas-Wolff said. Its browser business, however, has taken a brutal hit from Google Chrome, which now accounts for more than half of the global browser market. Firefox, by contrast, has seen its market share dwindle to just over 5 percent.

Still, Kaykas-Wolff says Mozilla is well positioned to capitalize on consumers' newfound interest in an ethical internet. And after two years of market research, the company has identified its target market: a segment of consumers it calls "conscious choosers."

"We've found a really important segment [of internet users] that cares about value and values," Kaykas-Wolff said, "that can help an organization like ours actually have a competitive advantage."

As the David to Google's Goliath (compare Mozilla's 2016 net income of $103.8 million to Google's $19.48 billion), Mozilla knows it doesn't exactly have the resources to effectively pitch its revamped product to a broad audience. So it set about researching its strongest market, learning what it could about consumers who care about value and values -- the sort of people who shop at farmers' markets and buy Toms shoes.

What Mozilla found, Kaykas-Wolff said, is that "these anecdotes exist all over the place, not just in developed nations. People are making conscious decisions to buy a product or service because it makes what they want but also... because of the values of an organization." 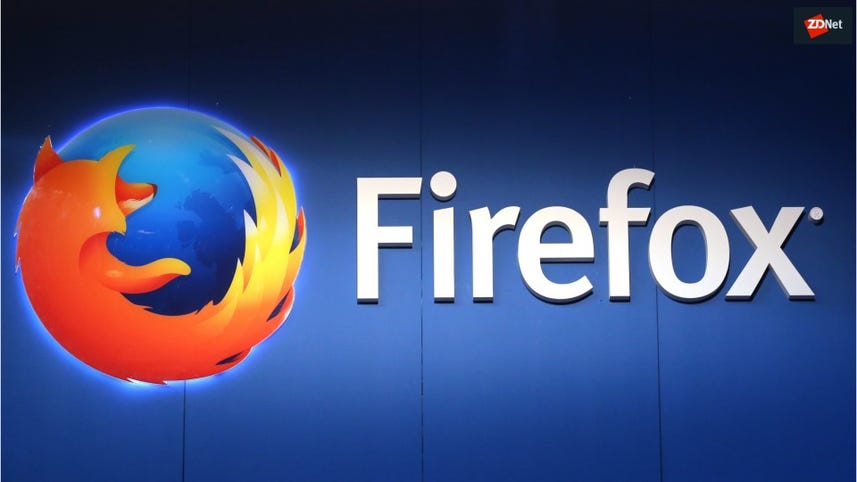 The conscious chooser, Mozilla estimates, makes up around 17 percent to 20 percent of internet users -- a large enough contingent that Firefox could make a noticeable dent in Chrome's browser dominance, if it were to reach those consumers. The group skews towards millennials but is not strictly tied to the generational cohort.

Over eight weeks, Mozilla will embed itself in the city, partnering with local brands like Widmer Brothers beer and sponsoring local events like a storytelling night at a comedy club. The company will engage with local media and use traditional advertising channels like billboards. It will also try more unique approaches to engaging with Portlanders, such as a "self defense" class that will teach participants how to defend themselves both physically and digitally.

Based on what Mozilla learns from the Portland experience, it will decide whether to launch similar campaigns in other cities with high concentrations of conscious choosers, such as Austin, Minneapolis, San Francisco or New York. In Europe, the company is launching its first "conscious chooser" campaign in Berlin.

The goal, Kaykas-Wolff said, is to get more users on Firefox and to help people understand what differentiates the browser and the Mozilla brand from its competitors. Currently, Firefox has "unbelievable unaided awareness," he said. However, most people don't know anything about it beyond the basics -- they know it's a browser, and that's about it.

Mozilla also wants to see more users on its whole family of products beyond the basic desktop browser. Specifically, Kaykas-Wolff said he'd like to see "hyperbolic growth" in mobile products (Firefox accounts for just a fraction of the US mobile browser market) as well as its new products.

As it works on its brand awareness, Mozilla is also in the process of rolling out more products that represent the future of the web, such as the Firefox Reality browser for augmented and virtual reality headsets.

Mozilla's efforts should come as good news for anyone who wants to see more than one company dominate the web -- particularly a Google competitor like Amazon, which is betting that enterprise AR and VR will be web-based.

Still, as the web evolves, Mozilla's aim to both grow and remain ethical will only get harder. The company noted when it announced Firefox Reality, "We don't yet have all the answers for what privacy looks like in this new medium, but we are committed to finding the solution."

Security
How to use tab groups in Google Chrome