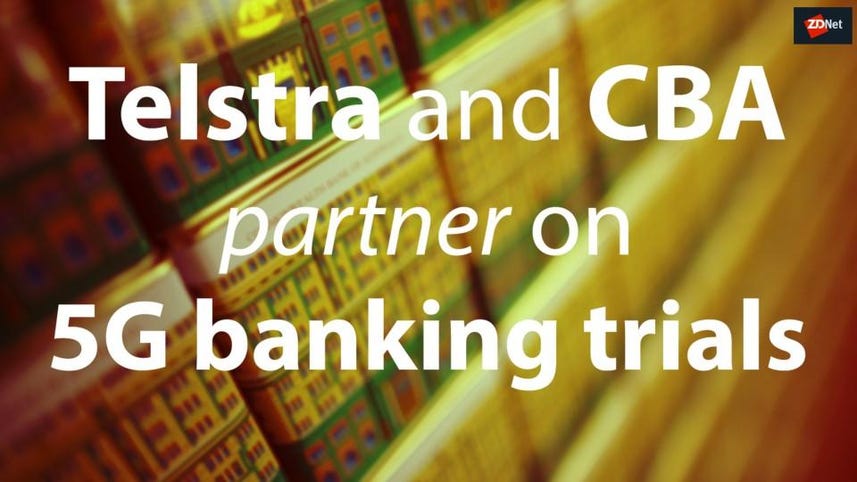 The Commonwealth Bank of Australia is kicking off trials of 5G banking and edge computing thanks to a partnership with Telstra and Ericsson announced at Mobile World Congress (MWC) 2019.

Under the collaboration, Telstra, CBA, and Ericsson will test "end-to-end banking solutions over 5G" during the next few months, the companies told media on Sunday in Barcelona.

Speaking with ZDNet, Ericsson ANZ head Emilio Romeo said some of the 5G use cases that the trial will look at includes exploring different network architectures such as network slicing, dynamic orchestration, and control use plane separation.

Network slices on demand would be particularly useful for enterprise customers, such as banks, as they could simply buy a slice for one night four times a year rather than having to create and pay for their own massive computing power, Romeo explained.

"5G edge computing is all about bringing the network closer to the user or application," Telstra group executive of Networks and IT Nikos Katinakis said.

"For financial institutions like Commonwealth Bank, it will help to enhance existing banking applications as well as deliver new use cases such as artificial intelligence, all supported by a range of software-defined networking solutions."

CBA executive GM of Digital and Retail Operations and Technology Pete Steel added that 5G and edge computing "have significant potential to enhance the availability, stability, and performance of our network infrastructure".

Telstra will also use the CBA trials to examine enterprise customer use cases and monetisation potential.

"The deal with CBA is really working with CBA to help them think about what the network of the future look like, how much compute do they want to do locally versus in their bigger compute in the cloud, and then sort of align that with how we're thinking about this to try and model that as one use case, one industry," Telstra CEO Andy Penn said.

Telstra had first flagged back in September that it was looking to partner with CBA on 5G.

"It's not just the industrial sector that are using these types of technologies; we're also working with customers across the board in other areas, and financial technology is one of those, and financial services," CFO Robyn Denholm -- who is leaving the telco to serve as chair of Tesla -- said at the time.