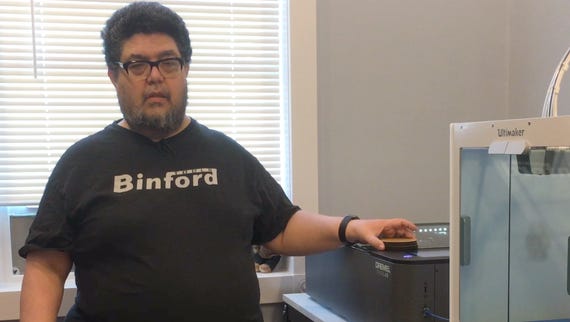 I can't wait until Sunday. We have two large corned beefs sitting in the fridge, waiting for my wife's world famous corned beef and cabbage. While I'm not Irish, I did marry a nice Irish girl. I like to tell folks I'm Irish by marriage, and that entitles me to celebrate Saint Patrick's Day in all its corned beef glory.

Also: Getting started with the Dremel Laser Cutter: Before the beam

Because it's such a big event and we're having guests over, I decided it would be nice to make some themed coasters. I've just recently fully installed the Dremel Laser Cutter, and something like custom wooden coasters seemed like an ideal first project.

I had some slabs of 1/4-inch plywood, which is the thickest wood the laser cutter's 40-watt laser can handle. I wanted to try three separate processes when making the coasters: Cutting, scoring, and engraving.

Cutting is what I've used most in my early testing. Cutting is where the laser beam is powered up enough to cut fully through the work material and separate it from other pieces. With this laser cutter, that takes two passes of the beam completely around the circle.

Scoring is like cutting, but the beam's power is turned down. As such, it burns the wood at the width of the beam, but doesn't cut all the way through.

Etching is the laser cutter's version of printing. The laser moves back and forth in a raster action, burning a very light layer into the wood. You can use different colors in your file, and in doing so, you can set different burn and depth settings for the laser.

As you can see in the microscope image below, the score is the thicker, darker line, while the etched area shows as a lighter brown. Stay tuned: I'll be putting laser cut materials under the microscope in a lot more depth in coming articles.

Preparation was done in Adobe Illustrator. I first went out to the web to find a nice illustration. I located one by user Firkin on OpenClipArt.com. It was nice to see the image was not only free, but had a free license for commercial use. I have no intention of making these coasters for profit, but the site is a useful resource for people who want to make similar things.

I brought the image into Illustrator and separated the outer stroke from the inner fill. This was easy because the PDF I imported already made those separations. Then I created a four-inch circle. I resized the image and aligned it so it was in the center of the circle. You can see a full step-by-step of this process in the gallery below.

I made sure the cut line (the circle), the stroke lines, and the fill area were all in different layers. I exported each layer separately, naming them appropriately. Then, using Dremel's DigiLab software, I imported each layer, assigning them to cut, score, or etch.

One very cool feature of the DigiLab software is that it's all browser based. There's a small web server built right into the laser cutter, and you just connect to the laser cutter's IP address and use the web interface to set up the burn. While I'm mentioning cool things, I want to shout out a thanks to the excellent videos produced by Kathryn McElroy. I used her videos to come up to speed on the laser cutter and how to best prepare a file in Illustrator for use on the machine.

Once I moved the file to the cutter, I went into the Fab Lab, turned on the exhaust fan, and initiated the cut. All told, it took about nine minutes to create one coaster.

One cool feature of the Dremel Laser Cutter is its ability to remember print jobs. To make the other three coasters, all I had to do was go into history, move the laser head, and run the job. Total run time for all four coasters was less than 40 minutes. The entire project, end-to-end, took under two hours. It's taking me longer to write this article and the accompanying gallery than it did to produce the four coasters from a mere idea.

I will be applying a moisture-resistant finish tomorrow. I'm not exactly sure what finish I'll be using, but probably some sort of wipe-on polyurethane, depending on what my local community hardware store has in stock.

I have to say that this was a lot of fun. Using a laser cutter is a different maker mindset than using a 3D printer, but having both together is quite empowering.

Stay tuned. As I mentioned in my "before the beam" getting started article, I have a lot of projects in mind. I also want to take you through the safety preparation process I completed in the Fab Lab before doing the first project. It wasn't all that hard to do, but it's important to make sure you're aware you're playing, literally, with fire.