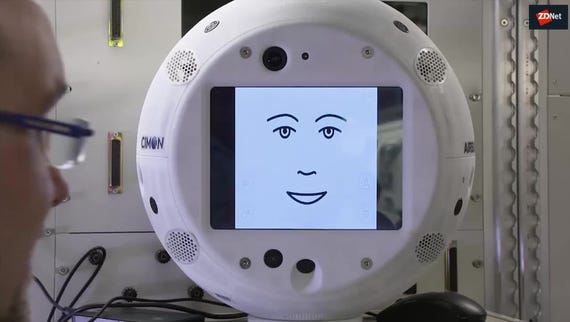 The tech business needs kids to think science is cool. Or, at least, interesting. Or, at least, an area in which they can make some money when they grow up.

Last year, however, along came an NBA star to mess with that future.

Also: Why sport is one of the most disrupted industries

Boston Celtics point guard Kyrie Irving insisted that the Earth is flat. He kept on insisting it and even suggested he could control his own dreams.

You might think that NBA stars don't all represent the apogee of intellect. Irving did, however, go to one of Tim Cook's alma maters: Duke.

Moreover, he's a very popular player, yet the consequences of his words seem only recently to have struck.

On Monday, he spoke at Forbes' Under 30 Summit and admitted, according to Boston.com: "I'm sorry about all that for all the science teachers, everybody coming up to me, like, 'You know I have to re-teach my whole curriculum.'"

It's quaint that the influential might not appreciate their influence.

"At the time, you're like innocent, but you realize the effect of the power of voice, and, even if you believe in that, it's like, don't come out and say that stuff. That's for intimate conversations because perception and how you're perceived changes," Irving said.

Kyrie, it's not so much about you. It's about how you seem to have affected others.

Irving, though, blamed the YouTube "rabbit-hole" for his conspiracy theories. Imagine how many more kids he might find down that hole.

Imagine, too, that he and others might have missed the YouTube videos that show the Earth is really quite round.

Irving, though, likely didn't see them because, as he confessed, he was really into conspiracies at the time.

The web isn't always good for us. It twists our minds, sometimes with the help of very bad actors.

If they don't believe their science teachers, and Siri and Alexa don't set them right, what's left?

Perhaps Irving could negotiate with Elon Musk to be on one of the first SpaceX flights and then make a YouTube video while he's up there.

WATCH: A robot shoots a basketball with 100 percent accuracy

Just in time for March Madness, Toyota engineers unveil a 6'3" humanoid with a sweet J.

How Analytics is Making Basketball a More Beautiful Game