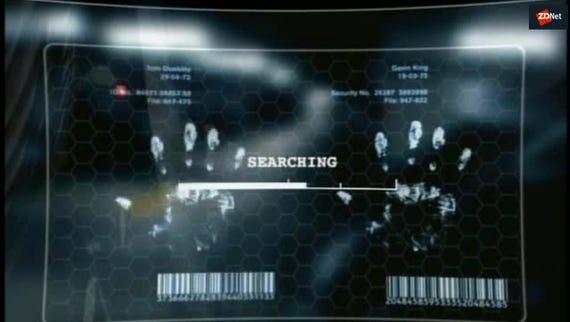 Microsoft has added Windows 10 Pro support for palm-vein authentication, bringing another biometric option in addition to its Windows Hello facial and fingerprint-recognition system.

The palm-vein authentication comes by way of a collaboration with Fujitsu, a Windows 10 enterprise hardware partner that is in the process of deploying its own palm-vein biometric technology to 80,000 employees in Japan.

The partnership means Windows 10 Pro users can use Fujitsu's PalmSecure sensors that are embedded into the keyboard of Fujitsu laptops or on a scanner attached via USB.

Users hover a hand over the sensor rather than touching a fingerprint sensor. The scanner is already built into Fujitsu's Lifebook and Stylystic series notebooks for the enterprise.

The scan focuses on unique blue veins in the hand to authenticate users without requiring a password. One advantage over fingerprint and facial recognition is that it's harder to copy veins under the skin.

Fujitsu markets PalmSecure as a "contactless, hygienic and non-invasive system" for authentication and says the palm scan has a false identification rate of 0.00008 percent and an identification failure rate of 0.01 percent.

Lotte Card last year rolled out its Hand Pay service using PalmSecure, which allows customers to pay for goods using their hand instead of a card. Bradesco deployed the technology on ATMs several years ago.

Microsoft is rolling out its own Windows Hello-compatible keyboard for Windows 10 devices. And it's unsurprisingly consolidating its mobile-keyboard strategy around SwiftKey.

Online banking customers will be able to log on with face or fingerprint using Windows Hello.

Unlock your computer with a smile (CNET)

The concept of unlocking your computer via biometrics didn't originate with Apple's Face ID.